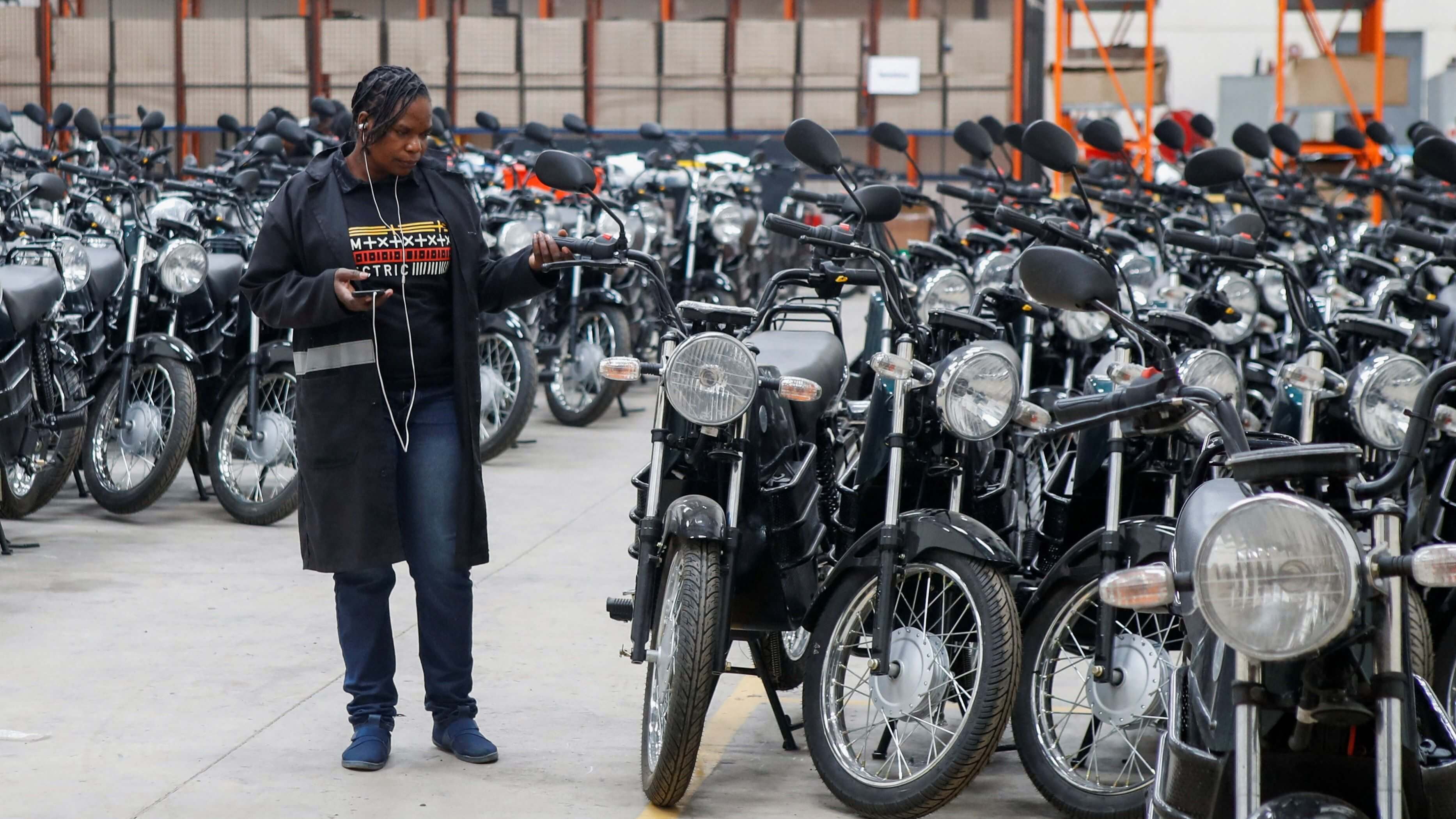 Over recent months, sets of sturdy, brightly-branded battery swapping stations have cropped up around Kenya's capital Nairobi, allowing electric motorcyclists to exchange their low battery for a fully-charged one.

It is a sign of an electric motorcyle revolution starting to unfold in Kenya where combustion-engine motorbikes are a cheaper and quicker way to get around than cars but environmental experts say are 10 times more polluting.

East Africa's biggest economy is betting on electric-powered motorcycles, its renewables-heavy power supply and position as a technology and start-up hub to lead the region's shift to zero-emission electric mobility.

The battery swapping system not only saves time - essential for Kenya's more than one million motorcyclists, most of whom use the bikes commercially - but also saves buyers money as many sellers follow a model in which they retain ownership of the battery, the bike's most expensive part.

"It doesn't make a lot of economic and business sense for them to acquire a battery...which would almost double the cost of the bike," said Steve Juma, the co-founder of electric bike company Ecobodaa.

Ecobodaa has 50 test electric motorcyles on the road now and plans to have 1,000 by the end of 2023 which it sells for about $1,500 each - roughly the same price as combustion-engine bikes thanks to the exclusion of the battery from the cost.

After the initial purchase, the electric motorcyle - designed to be sturdy enough to traverse rocky roads - is cheaper to run than petrol-guzzling ones.

"With the normal bike, I will use fuel worth approximately 700-800 Kenyan shillings ($5.70-$6.51) each day, but with this bike, when I swap a battery I get one battery at 300 shillings," said Kevin Macharia, 28, who transports goods and passengers around Nairobi.

Ecobodaa is just one of several Nairobi-based electric motorcycle startups working to prove themselves in Kenya before eventually expanding in East Africa.

Kenya's consistent power supply which is about 95% renewable led by hydroelectricity and has a widespread network, was a major support for growth of the sector, said Jo Hurst-Croft, founder of ARC Ride, another Nairobi-based electric motorcycle startup.

The country's power utility estimates it generates enough to charge two million electric motorcycles a day: electricity access in the country is over 75%, according to the World Bank, and even higher in Nairobi.

Uganda and Tanzania also have robust and renewables-heavy grids that could support electric mobility, said Hurst-Croft.