In early November, 720 participants will gather at the 2nd Campus of Liberated Companies event in Paris. They will come to learn from liberating leaders and liberated companies about one of the most surprising corporate phenomenons since the 1960s: how hundreds of companies including multinationals such a Michelin, Decathlon and Airbus are transforming their hierarchical bureaucracies into trust, self-realisation, and self-direction based organisations.

In Western Europe, the Scandinavians are at the top, the Latin Countries, France included—at the bottom, and UK—in between. Nothing unusual, but here comes the downer.

The best country—Norway—has only 17% of engaged employees, while the Western Europe’s average is 10%. Put differently, only 10% of western Europeans come to work in order to promote their company’s goals. The vast majority are 9-to-5, working-for-the-paycheck, disengaged employees.

The rest—think Monty Python—are actively disengaged and having fun at work by actually sabotaging it. If you compare an average company to a boat of eight, there is one chap rowing to win, five making splashes (so the first believes that they work), and the last two are rowing powerfully—backwards. No wonder only 1% of companies survive forty years.

Theoretically, since Douglas McGregor’s bestselling 1960 book, we know the culprit of all this disengagement and underperformance. It’s the deeply held managerial belief that employees don’t like to work and can’t be trusted; hence the need for the hierarchical bureaucracies where superiors and procedures tell them what to do and control after.

McGregor—a Psychologist—offered managers a different set of attitudes to adopt named Theory Y: “work is as natural to people as play or rest”, they “will exercise self-direction and self-control in the service of objectives to which they are committed”, and more.

These attitudes to be lived at work—not just felt—require no less than a radical transformation of all the command-and-control practices and structures.

McGregor was so convinced in the power of his Theory Y that he prophesised it would be adopted by all companies in ten years. In practice, only dozens did - W.L. Gore, SouthWest Airlines, Harley Davidson being the best known historical examples – all outstanding performers. My research with Brian Carney set out to understand why.

The miracle of liberating leadership

What we found is that the single most important factor which bridged the gap between traditional organisations and trust-and self-direction-based ones is what we called “liberating leadership”.

In our Freedom, Inc. book we conceptualised the leadership approach allowing the radical transformation of command-and-control organizations into liberated companies.

A “liberated company” is one in which the majority of employees have complete freedom and responsibility to take actions that they—not their superiors or procedures—decide are best for the company’s vision.

In France, the concepts of a liberated company and liberating leadership gave rise to the most important current corporate movement—corporate liberation—of which I am one of the co-ordinators. Corporate liberation is also spreading to other European countries.

Our seminal research observed several dozens of liberated companies and since then has looked at close to one hundred. There are hundreds others too, including public services. All of these companies are continuously at the top of their industries.

More, some of them who went backwards to their command-and-control mode—pushed by careless stakeholders and/or new CEOs—returned to mediocracy or simply crashed.

The transformation of Harley Davidson

When Rich Teerlink became its CEO in 1983, Harley Davidson had 15% of US heavy bikes’ market share—from 82% several years before. Its owner Citicorp gave Teerlink three months before pulling the curtain. It shipped 32,400 bikes for $210M in revenues and $15.5M losses.

By the time Teerlink retired in 1999, the company shipped—inhale—177,000 bikes for $2.450M in revenues and $415M in profits. Put differently, by transforming itself into a liberated company, in fifteen years Harley had profits double the size of its 1983 revenues, with only three times bigger headcount.

More, through that period, Harley’s average operational margin was 17%, in some years better than 30%, and at the end of it its market capitalization was superior to General Motors. All that with only 7,200 employees—coming every day to work not because they had to but because they wanted to, willing to do their best to realise the company’s vision.

The real reason (and steps) for liberation

That is the real reason why these leaders launched this hard journey of corporate liberation: meeting people’s universal needs of trust, self-realisation, and self-direction.

It sounds like a corporate utopia; only that since our book came out, multinationals like Airbus, Decathlon and Michelin have entered corporate liberation too — not exactly the dreamers. Rather the believers.

CEOs who transform their traditional organisations into liberated companies hold a set of simple beliefs:

1.    People are trustful and prefer to work well than poorly.

2.    Command-and-control organisations mistrust people and stifle their initiative and potential— hence, are self-defeating.

3.    Transformation starts with me: my ego and my habit of telling people what to do, instead of listening to them.

4.    The people, not me, must carry corporate liberation; the more they get involved, the less I must stay in their way.

5.    Success is measured by the degree at which managers and executives become redundant for running the operations (since teams become self-directed).

It’s a paradox defining the corporate success in human—not economic—terms.

If employees get meaning and fulfilment at work, hence are willing to come every day here and to do their best, we will outperform our competitors whose employees drag their feet and wait for the work day to end.

There are liberated companies in UK but few—as was the case everywhere else, including France, between 1960 and 2010.

Through corporate liberation France is changing and this is desperately needed. It’s at the bottom of Gallup employee engagement ranking and it’s one of the worst in Europe in Davos Competitiveness Report on managers’ willingness to delegate authority and on the quality of employer-employee relation.

So are UK businesses and public services so illustrious that they can continue absorb the tremendous human cost of lost initiative and potential of their employees?

Or put differently, wouldn’t it be fun to join the corporate liberation movement and see employees smile every day, and as a consequence—not the goal—see shareholders smile too?

It’s up to every CEO to decide if he wants to become—as the liberating leader Robert Davids put it—a Chief Entertainment Officer. To build an organisation where people have fun every day. 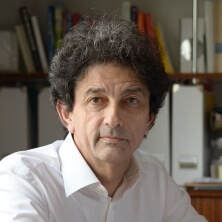 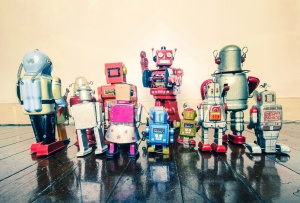 In A World Driven by Technology, Customers Need Human Connection 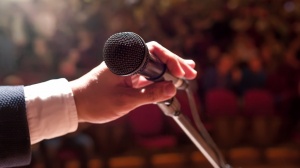 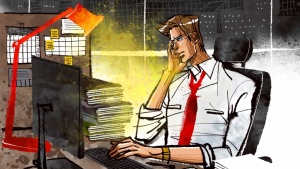 Who Do You Want to Be Tomorrow?