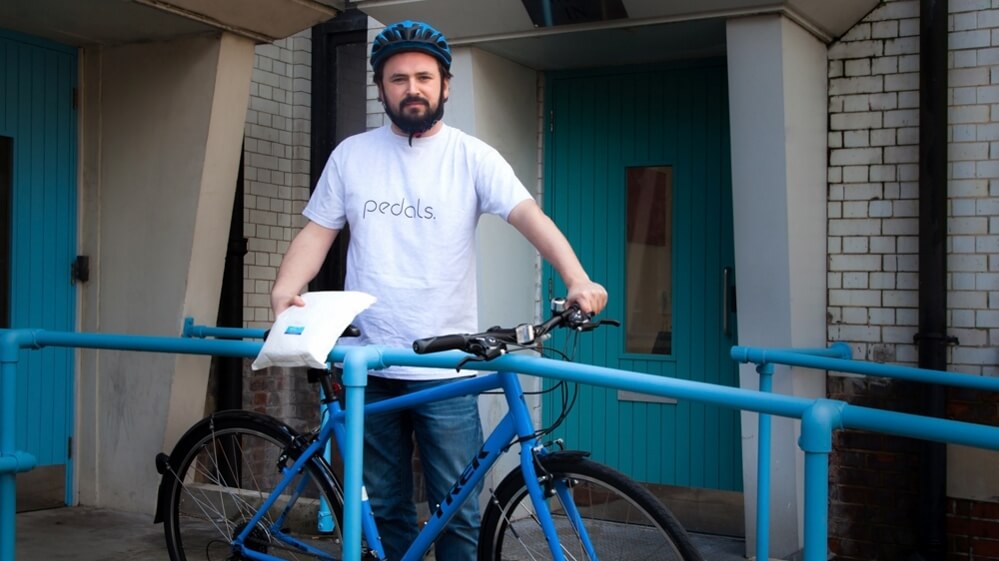 Pedals is one of a growing number of two-wheeled delivery services servicing the UK capital. We spoke - geddit? - to founder Richa Bhalla about the business' emphasis on courier welfare with its offer of decent pay and conditions.

What's the business in a nutshell?

Pedals is a London-based, pedal powered bicycle courier service providing eco-conscious companies and individuals with a green, hassle-free and affordable option for delivering goods from A to B throughout the city within 90 minutes.

Where did it come from and where's it going?

Pedals is a bicycle delivery service with personality. I started off my career working in banking. I developed a pretty thick skin being in that environment and learnt a certain level of discipline, but it wasn’t giving me the skills I needed to start my own company, so I made the decision to move to Silicon Valley.

I only had 2 years on my visa so I immersed myself in the environment and concentrated on building my network. During this time I learned a lot about the day to day running of a tech business and became accustomed to wearing many hats at work.

Back in London I set out to improve on a system I saw working quite well in San Francisco. I could get anything delivered straight to my door by bicycle. 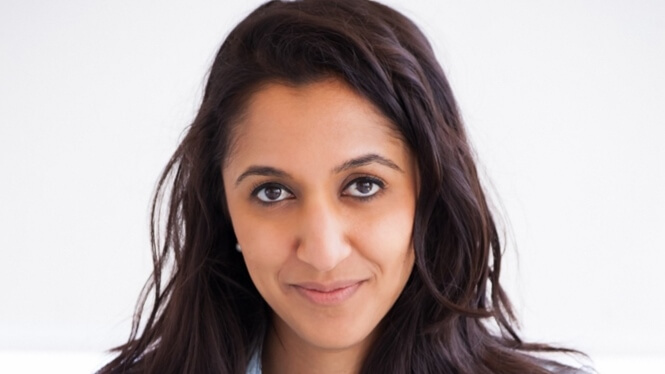 As a first step I started a flower delivery company called Petal & Cycle: on demand flowers in the city delivered by bicycle. My thought process being, if I could get flowers from A to B in one piece, I could pretty much deliver anything.

I learned a lot about the struggles from a customer perspective, namely high and fluctuating prices for deliveries but I also learnt a lot about the cyclist's perspective. I started speaking to a lot of riders, from all walks of life and came to realise how disgruntled they were with the way things were currently being run in the delivery world.

They are subject to mandatory shifts, paid really low wages and are required to only work for one company at a time oftentimes with a very unpredictable schedule. Lack of consideration for cyclists has led to substantial churn of riders at other delivery companies along with very low job satisfaction.

All of these gripes were feeding into a cycle (ahem), which leads to dissatisfied cyclists, unhappy deliveries and poor customer experience. I realised that there was something we could do here.

How did you nurture the business?

Pedals is focused on exceptional customer service in last mile delivery. We do this by ensuring that our cyclists are well supported personally by Pedals staff, and have a schedule that is completely flexible. High spirited cyclists lead to efficient deliveries and smiling customers means overjoyed senders.

This means that it's not just exception customer service that we aim to provide, but also impeccable cyclist support. In the early days it was extremely manual with both customers and riders being serviced by phone. We would book orders over our mobiles and pass details on to cyclists.

When we started getting orders at all times of the day it became too much for one person so we started to build out the tech to start doing this automatically. There was so much to tackle all at once so we would prioritise manual tasks to become automated by those that currently took up most of our time. 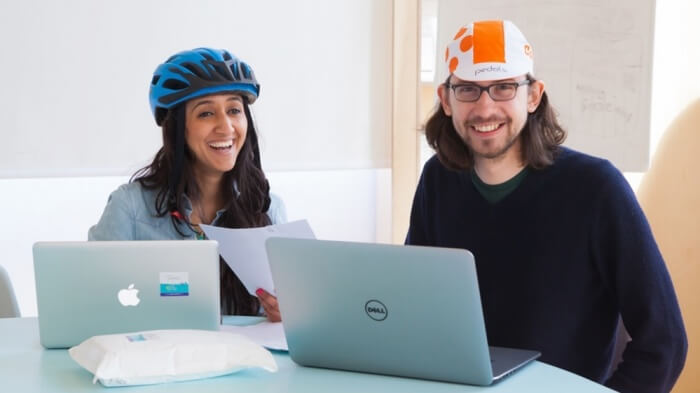 So for example, as a first step we started collecting orders online with the simplest version of the website. It would allow customers to enter orders into the system; we would collect those orders and then get back to them with a price.

It immediately cut down the number of calls we were having with customers as we were then able to email them directly with quotes and service multiple people at the same time. The step to this was auto-quoting and then accepting payments over the website. Stripe made this very streamlined for us.

Once we had all of this up and running we then started to automate the cyclist side to match them with jobs automatically. We did this using various tracking and route planning apps such as Google maps API.

We are still at a stage where we are making the whole system more seamless to match cyclists to jobs automatically and manage the status of deliveries from the backend.

Inevitably though, we find that no matter how much we automate things, there is a certain level of human contact that we will always want to retain. Reason being we've found, in our industry, that both customers and cyclists respond better to an actual person rather than a faceless app or company all the time.

We are now 5 full time employees and one part time. We service around 50 startups all over London. Startups in the early growth phase are currently our biggest customers. We pick up the slack when orders begin to ramp up and there are no formal logistics in place.

As they grow we guide them towards our own reasonable, environmentally friendly distribution network for London. The green delivery option is then built into their brand as it grows, appealing to the growing number of eco-conscious customers out there.

Do you think this is a big opportunity?

We are working with companies that I understand inside out after my own experience of trying to send out products in the city. I wanted the delivery to be just as personal and cheerful as the product I was sending.

There was no service out there that I thought was a good enough fit and could offer me a consistent service and now I think we are able to provide the companies that we work with exactly that.

We started fully in April and are doing around 20-30 deliveries a day. We are starting off a low base but we think we now have everything in place to take this to the next level. We already work with some leading brands including Pip & Nut, Candy Kittens, Monmouth Coffee and Moju Drinks to name a few.

By the end of this year we hope to be doing 1,000 deliveries a month.

We are in talks with several companies that want to make Pedals’ same-day delivery option automated on their website. These integrations will be key to helping us reach our target.

What potholes have you encountered so far?

Hiring the wrong people in the early days. But we are all new to this and really learned from our mistakes.

How are you pedalling the message?

We are working on a delivery race around London: Bike vs Van. The speed of the average vehicle in the centre of London is about as fast as a chicken and we want to show how effectively and efficiently Pedals can make deliveries.

Bikes are much faster than cars around big cities

What makes running a business an uphill struggle?

The hardest thing is trying to keep all stakeholders happy. An obvious segment is the customers but it’s also challenging to keep everyone from cyclists to Pedals very own employees content and also driven. This is all part of the fun though.

We run a tight ship but are believe that content and well looked after partners and cyclists lead to more cheerful and efficient deliveries. So far so good, and when it all works smoothly it makes the job fulfilling!

What irks you about the law affecting your sector?

Labour laws for startups and other small companies. Everyone should be on their toes and hungry to make a good impression at all times. Here at Pedals we try and take care of everyone we can, even more so if we see that you are working hard.

Unlike most other delivery companies out there we really care about our cyclists but it’s a tough paradigm shift for riders that have been treated badly over the years. We feel like we are having to work quite hard to re educate the cyclists on fair treatment.

We are constantly having to reassure cyclists that we aren’t going to take advantage of them. There should be laws against “flexible schedules” that aren’t really all that flexible.

Not raising money earlier. I delayed it for as long as possible because I saw it as a distraction but we could have grown faster if we had had the funds in sooner.

What puts you in front of the pack?

London is full of amazing products, and these producers work really hard on their unique and quirky brands. Delivery shouldn’t be an exception to this. It’s often the only human to human interaction a customer will have with the brand that they buy from and every part of the experience should be amazing.

So we strive to make this exchange as pleasant as possible. We ask that all of the cyclists actually hand over to the person labelled on the package, even if it means not just leaving something at reception and requesting access to the recipient’s floor or office. Our cyclists know that saying something as small as “have a nice day” makes all the difference.

Staff rotation is a pain - how do you keep your people interested?

Our sales lead is someone that was a cyclist for us in Petal & Cycle days. He’s a true cycling evangelist and can use it to his advantage when bringing on new partners. Our operations executive is someone that’s been in the industry for a few years and is fed up of the way that things are currently run. He was looking to make a change and we caught him at the right time. I met our CTO through a cyclist.

I feel like we now have a great team that really believes in the product. We work hard but also know how to have a laugh. We all have similar senses of humour, which sounds like a small deal but I’ve found it to be quite important. When you spend enough time with so few people, these things have to factor in. 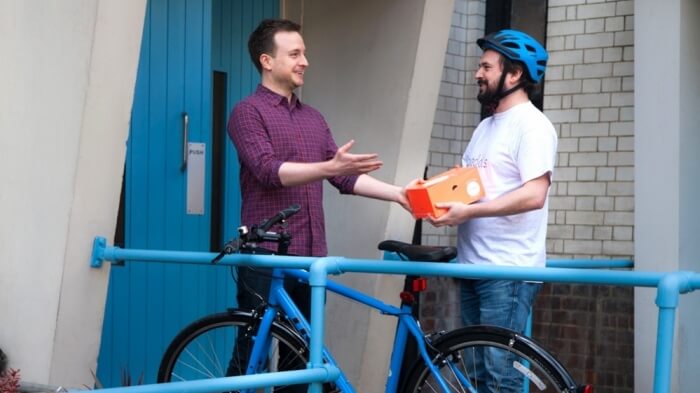 The business wants to improve life for cycle couriers

What support have you received?

We received a grant from Geovation, which is backed by the Ordnance Survey and their contribution to our success has been invaluable. Firstly, acceptance into Geovation gave us validation for the idea.

Pedals was still at the early stages when we came across the programme, and even the application process helped us focus and distil the idea. The interview stage forced us to think about things that we hadn’t before too. Once we got accepted we felt the support immediately.

What tips do you have for start-ups wanting a smooth ride?

Talk to everyone you know. Keeping things under wraps hinders your chances of every starting anything. You’ll find connections in the most unexpected places so give yourself a fighting chance by not being afraid to tell people about your ideas and ask for advice. It can only help your cause.

Start thinking about raising money sooner rather than later. It always takes much longer than you would expect.

Spend some time finding the right people to work with. This is something I learned through my own mistakes. The first few people you bring into the business will help you build everything from the ground up and if there are any red flags at all, replacing them sooner rather than later is key.

Even if it seems like a hassle at the time and you’ve trained them up etc, it’ll only become harder to replace them as time goes on. 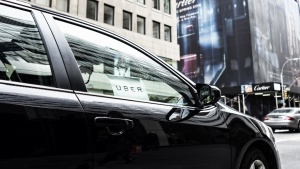 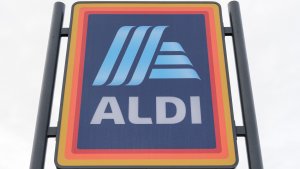