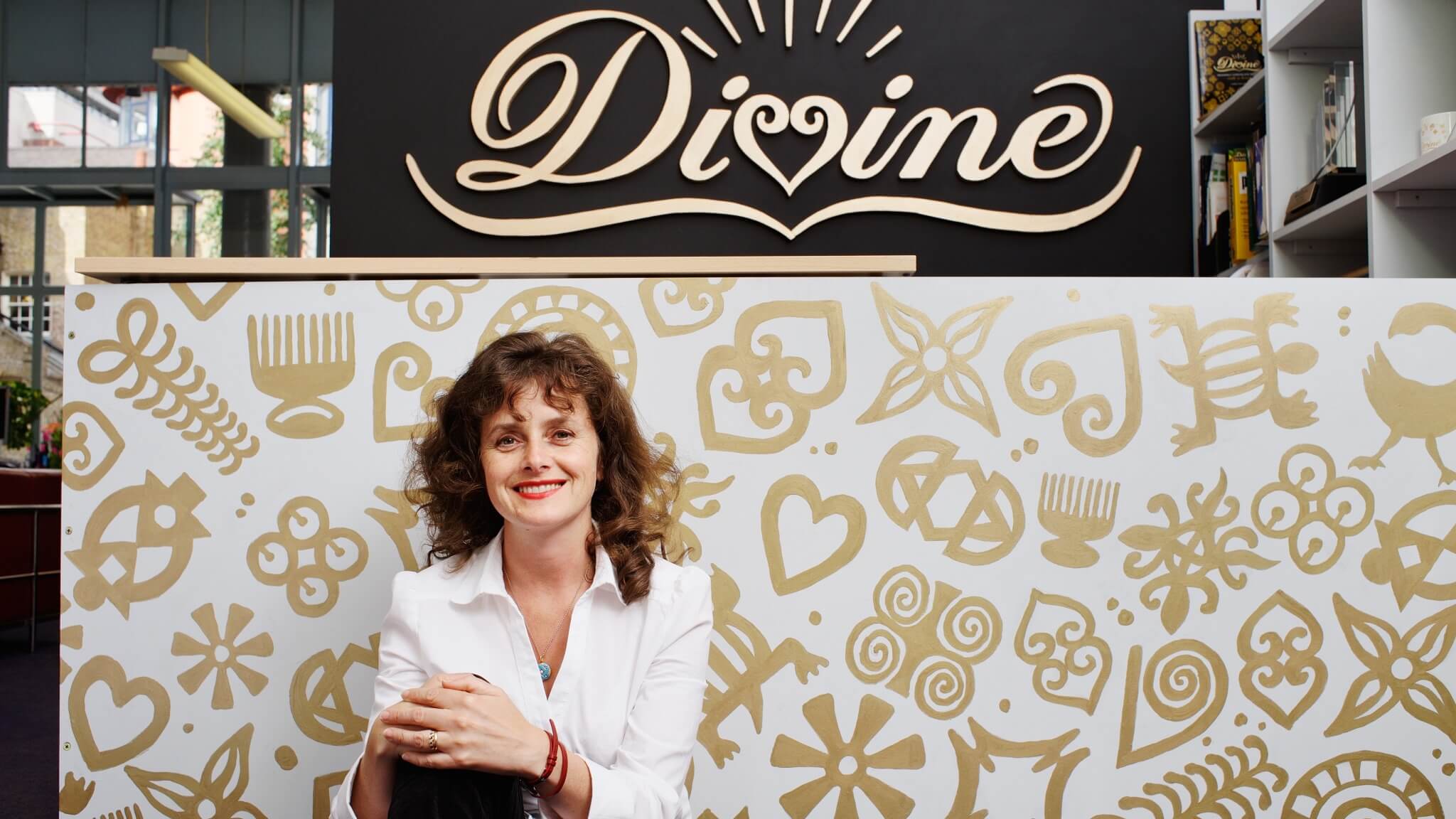 Sophi Tranchell is managing director of world-renowned chocolate business Divine. She tells us how it's possible to create a global brand on social principles, by inventing products consumers want to buy and building a brand that people can cherish.

Describe Divine and how the idea came about

When I first pitched the concept of a delicious Fairtrade chocolate that was owned in part by Ghanaian cocoa producers, a lot of people told me it was a good idea but couldn’t possibly work commercially. That made me even more determined to prove that it’s possible to create a business where people are valued just as much as profits – a business that could have a positive impact on the communities that helped build it.

Divine Chocolate was formed in 1998, after the cocoa farmer members of a co-operative in Ghana voted at their AGM to set up their own chocolate company. The co-operative, Kuapa Kokoo, now has 85,000 members and the farmers benefit from the Fairtrade premium on the sale of their beans, a 45% share of Divine’s distributed profits and an additional 2% of annual turnover, giving them the opportunity to invest in their own development projects, more economic stability, and an increased influence in the cocoa industry.

How did you become involved?

My personal interest and motivation has always been in working for social justice. I had an active role in the anti-apartheid movement, and have always supported Fairtrade, so it was a natural fit. The added attraction of selling a fabulous product that everyone loves played a part too – what’s not to like!

How have you grown it since becoming MD?

After Sainsbury's agreed to stock Divine's products at 17 of its stores, our founding partner Christian Aid galvanized its support network to hand in postcards asking the retailer to “stock the choc”, and through sheer power of numbers persuaded them to stock Divine in all its stores nationwide. That was in our early years, and we have continued to thrive on partnerships and collaborations which grow our reach and our sales.

In 2006, eight years after it was launched, Divine paid off its loans and made its first profit, and the farmers received their first dividend. A year later we launched in USA too. Our turnover in UK is now £8 million and Divine is available across Europe, in USA and Canada, as well as in South Korea, Japan and Australia. Just recently Divine was named Social Enterprise of the Year, which is a real achievement and testament to the hard work of the team.

What challenges have you overcome?

Divine went through challenging times in 2009 and 2010, along with everyone else experiencing the global financial crisis, when it seemed everything that could go wrong, did. As we buy in Euros and sell in sterling and dollars, we were hit by the volatile exchange rate, and higher cocoa and milk prices followed, so our margins struggled. We became more adept at exchange rate forecasting and worked hard to keep our prices competitive.

What is the secret of Divine’s success?

The magic combination of wonderful chocolate and a story that has captured people’s imaginations – and their hearts and minds – has been key to our success. At the heart of that story are people – the cocoa farmers who have shown that, given the opportunity and sustainable income, they can build a thriving business of their own – and all the people here and around the world who have supported the brand that the farmers own.

It’s always people at the core of a successful social enterprise, and equally important has been the Divine team with the knowledge, energy – and most of all – passion to really promote and champion the business.

Why do you think it’s important to stick to ethical principles in the supply chain?

We all have to accept that the planet and its resources are not unlimited, and the people we rely on for food and everything else we like to consume, are not expendable. Companies have an important part to play in preserving the world for future generations, which means a responsibility to ensure that their supply chains are sustainable, and that people are being paid enough not just to survive, but to flourish.

How much travel do you do with the business?

I travel regularly to Ghana. We work closely with our owners Kuapa Kokoo, and have four board meetings a year, one of which is in Ghana, and I will also attend the AGM, and visit projects Kuapa is running. I also manage business development for our USA company so travel there every quarter. 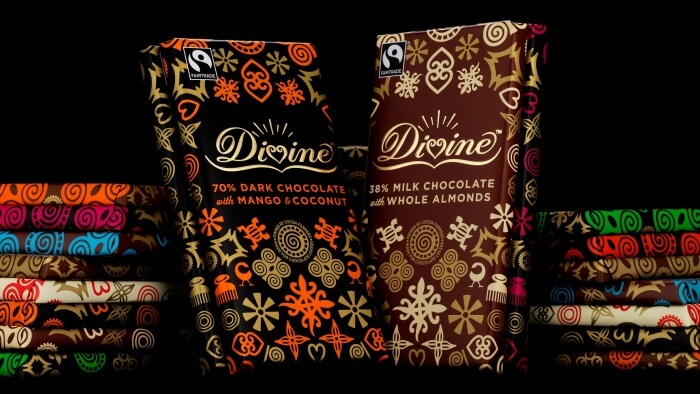 Divine is a truly international business, with suppliers in Africa, a factory in Germany and customers all over the world

As we are selling around the world, including Scandinavia, Netherlands, the Czech Republic and South Korea, I will sometimes speak at conferences and meet buyers at events set up by our overseas distributors. At least once a year I’ll also visit our manufacturer in Germany.

I do end up working, and making phone calls when waiting for flights, so somewhere comfortable to sit, with wi-fi and a good cup of tea on hand are basic necessities. The good news is I’ll also be able to stock up on Divine at Heathrow, as WHSmith Travel stores will be selling Divine from 2015.

What is the future of Divine?

There is never room to be complacent at Divine – we have to nurture our relationships with our customers big and small. In this world you are only as good as your latest pitch, though our long-term relationships with customers like The Co-op, Waitrose and Oxfam are built on shared values and effective partnership.

Sophi standing on spot where #MartinLutherKing made his famous speech.Divine Board meeting in city where history made pic.twitter.com/95nI6XtVPg

Our aim is to continue to build the business bringing out new products, reaching new audiences, and growing sales in the territories we are currently supplying. We hope to continue to prove that a chocolate business in the mainstream market can be socially responsible.

What are your best tips for other people wanting to set up ethical businesses?

Anybody who wants to start a social enterprise can succeed if they get their business model right. The first priority is to ensure you have a great product or service that is really competitive in its market – you cannot rely purely on your social credentials and great stories.

It’s very important to articulate and reinforce your mission statement in everything you do, get the right financial support in place, and take advantage of the range of support on offer, by both the public and private sector, to help businesses meet their full potential.

I’m now an ambassador for the Business is GREAT campaign, which aims to build confidence amongst small businesses and encourage them to plan, hire and export. It raises awareness of the Government support available to small firms to help them achieve their growth ambitions. 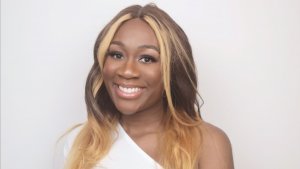 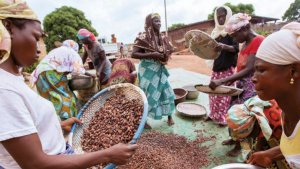