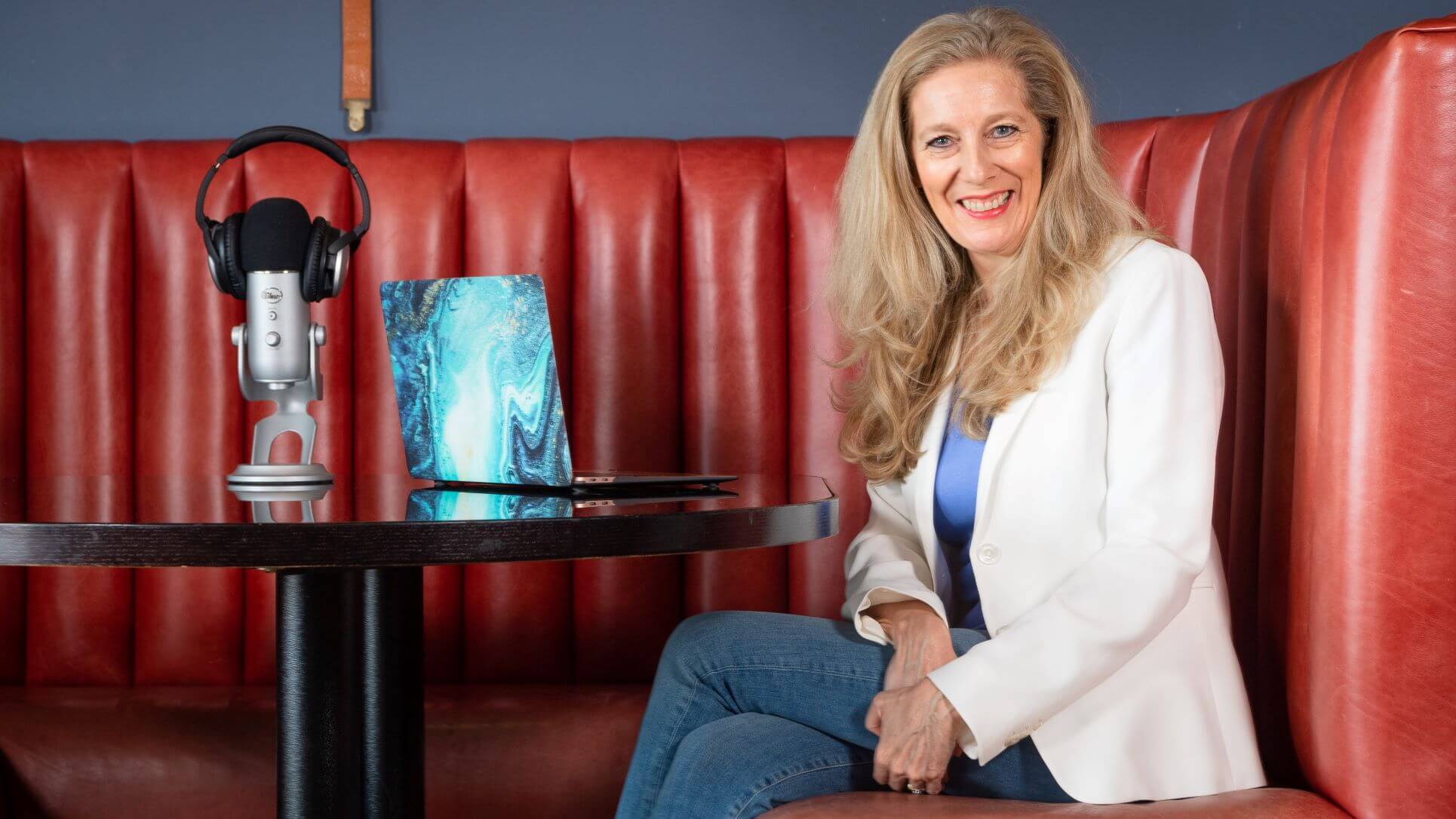 Maria Franzoni has worked with some of the biggest names on the global speaker circuit, booking the likes of Neil Armstrong, Mary Portas and Bear Grylls for events. However, the collapse of the industry in 2020 led her down a different path

For Maria Franzoni, 2020 promised to be a great year. After 23 years of trading, her eponymous speaker bureau, which placed speakers at conferences and events, was well established and her team was looking forward to a profitable year.

"We had a full diary of events and were expecting our busiest year ever. In January, I even threw a party. We were drinking champagne, celebrating how good we thought 2020 was going to be for us,” Franzoni recalls.

“Then, three months later, the whole of the industry collapsed."

The pandemic, not yet fully realised in Europe, was on its way, and the global events industry was about to be stopped in its tracks.

"It was February when we first realised something was wrong. We were working on a conference in Asia and I was contacted personally by the president of our client company, who I’d never spoken to before.

“He said: ‘I’m holding in my hand a letter from the government of Singapore which says the country is closing its borders and so my 600 employees cannot not attend this conference.’ In a stroke, the whole event was cancelled - this had never happened to us before.”

Along with the rest of the world, Franzoni saw her plans dissolve. What had looked like a record financial year for the business now looked like it would be its worst. Franzoni was also affected personally, with family members in the UK and Italy hit hard by the virus.

“My world stopped, it just stopped. All of a sudden, we were living in a different world. I was petrified. I just wanted to hide under the duvet.”

The events industry briefly came to a halt. But, incredibly quickly, people started seeking alternatives. The world of Zoom and video conferencing was coming into view and everyone was scrambling to make sense of the new medium and the ‘new normal’. As her nerves settled, Franzoni realised she was, in fact, well placed to take advantage.

“We were getting calls from speakers who had been expecting a busy year. They were desperate and didn't know what to do and they were asking us for help. Meanwhile, the corporate and business world was struggling, too.

“Some were in trouble because their sales and operations had been hammered. Whereas others were desperate as they had too much work and didn’t know how to adapt.

“UK PLC was being forced into a revolution and was rethinking everything. We realised the speakers we’d been working with had expertise which businesses desperately needed.”

Franzoni and her team decided to reposition their whole business. Instead of working with corporates and finding people for their events, she decided to turn her attention to the speakers themselves.

“We knew what the event planners and marketers in the corporate world needed as we’d been working with them for years. So, we thought, why not help speakers bridge the gap and help them adapt to the ‘new normal’?”

“My business partner, Mary Tillson-Wharton, used to work with speakers on their content. So, we teamed up and worked on getting all of the experience in our heads into a form speakers could use.”

The Speaking Business Academy was launched, which sought to help speakers become better at commercialising their offerings, improve their content and get booked.

The move was well received by the hundreds of speakers who were already members of her Facebook group. Nonetheless, Franzoni started off with a modest offer.

“We started just charging £675 per person for a 6-week virtual programme. When we realised that we were able to deliver huge results, we started putting prices up rapidly.”

"We help them create a portfolio of their expertise, rather than just a speech. Many of our speakers are earning six figures now,” notes Franzoni.

But, as the world of Zoom events, hybrid events and even ‘in person’ events came back full steam, Maria was presented with a choice.

“I had to make the hard decision to close the bureau business as I couldn't run both companies at the same time. The company was called Maria Franzoni - which meant I couldn't sell the business without being involved in it myself.”

Maria is certain she made the right move and can enjoy her speakers’ personal success, as well as the impact they are making on the world.

“Helping people to bring out the best of themselves is very satisfying. Especially when you know, as a speaker, they can have a massive impact on a company’s success.”