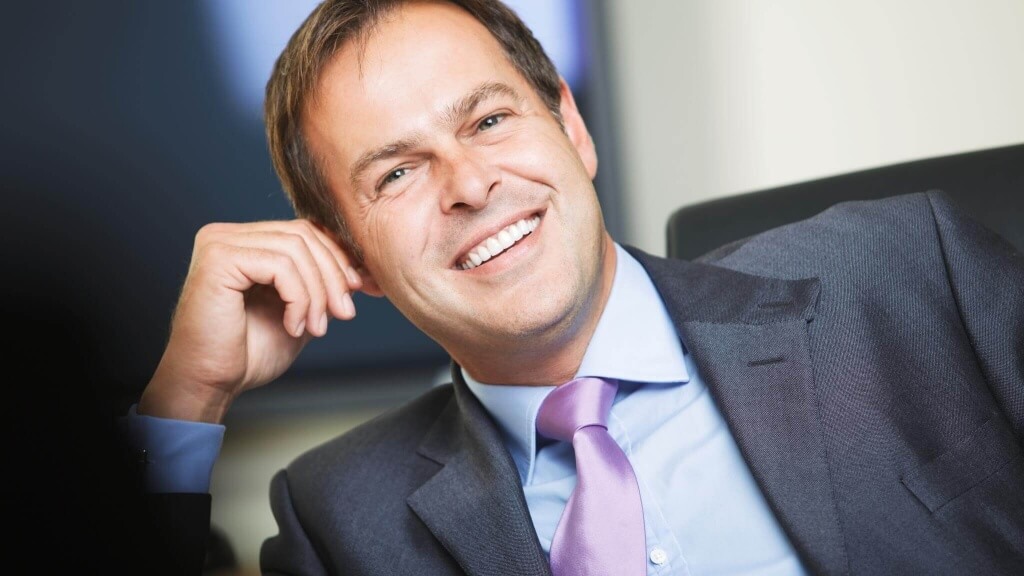 David Gold believes it’s never too late to start a business. Older people have more life experience and are in many ways less likely to commit basic business errors, he says. Plus they have every chance of seeing the business mature.

“When I was 35 years of age I wanted to plant some trees at the bottom of the garden because beyond us there was going to be a development. My wife said to me, “You’re not planting trees, they’ll take forever to grow.

“I thought, ‘Sod it, I’m gonna plant some trees”. So I planted half a dozen at the back of the house. She died a few years ago and after the funeral I looked out of the window and there was a row of magnificent trees and they looked stunning. So I say this to you: plant the bloody trees.”

There is no magic formula for start-ups: Deborah Meaden, Dragons’ Den

As an investor and mentor to a string of up-and-coming entrepreneurs, Deborah Meaden has unearthed some common misunderstandings held by people starting businesses. The most widespread, she says, is the belief in a universal formula for business success.

People regularly ask her for the ‘secret’ to becoming a wealthy entrepreneur, and she explains that it doesn’t exist. For Meaden, an idea with potential, hard work and good judgement are the fundamental building blocks to building a sustainable enterprise.

“I get the feeling that when people ask me how to become successful they want me to say A, B, C, D, bingo! If only it were that easy. While you can’t draw up the template for a perfect entrepreneur, there are definitely some common traits.

“People hope for a mystical answer, but actually I don’t think business is that complicated. It’s hard work, you have to have good judgement and be on the ball all the time, you’ve got to be effective too, and I don’t actually believe that everyone has it in them.

“It’s part of this pop culture, I get young people telling me ‘I want to be a millionaire’. Being a millionaire is not a career; it’s an outcome if you’re clever and work hard. It’s the result, not the actual thing you do. I ask them ‘How are you going to do it?’ And they reply that they don’t know.”

A chance encounter with a high-powered media executive gave Kanya King the leg-up she needed to get her MOBO Awards a television audience. But the meeting was a blessing and a curse, as she was given just six weeks to put the inaugural show together.

King is not one to shrink from a challenge, however, and she took her chance. King’s advice to other start-ups is to grab opportunities when they arise, however remote the likelihood that they will come good and no matter how much work is involved. The fact that MOBO exists is testament to her dedication and perseverance.

“I always believe that you should campaign for opportunities and when you get them you have to grab them. That’s what we did. In six weeks we had to assemble a production crew, get a venue, and find available artists that were going to support us; it was an incredible effort. It was a tiny team but we were very passionate and we believed in it.” 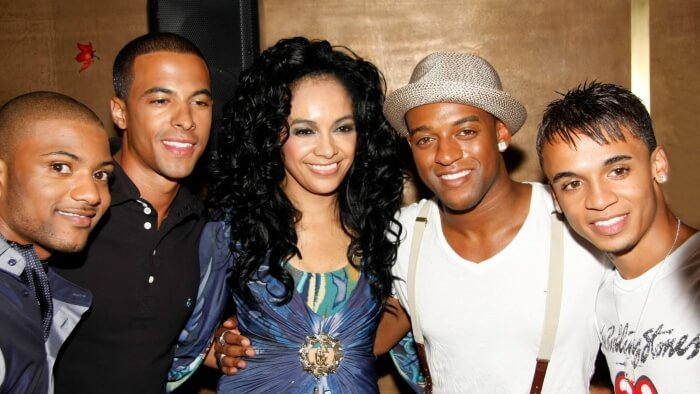 Kanya King: Take your opportunities no matter the odds or the work involved (Image MOBO.com)

If they say you can’t do it, prove them wrong: Kavita Oberoi, Oberoi Consulting

When Kavita Oberoi was turned down for a promotion it proved the incentive she needed to strike out on her own as an entrepreneur. Less than 10 years on and she was running a multi-million pound healthcare IT consultancy.

She says self-belief was the key to getting her started. Having taken the decision to start up on her own, Oberoi surveyed her market and looked for opportunities.

Fortunately, a new piece of tricky government legislation affecting doctors gave her the scope to start her consulting business.

“At the time I left, some guidelines had just come out and I found that the GPs were struggling with the implementation, and the first step to implementation was finding the patients on the computer and then putting the strategic plan in place to manage them. They couldn’t do those first two steps and that was where I came in.”

You don’t need to be original to succeed: Lord Bilimoria, Cobra Beer

Do not be afraid to start a business in an established industry, says Lord Bilimoria, founder of Cobra Beer. He believes most businesses are started because entrepreneurs see a need for their product or service and that it is passion, not originality, that makes success more likely.

“The essence of the idea, I believe, is that it has to be in some way different or better. It can be an existing product, but do it differently, do it better and change the market place that you’re going into.

“You’ve got to be passionate about what you’re doing. Invariably it’s because you’re passionate about something (good or bad) that makes you want to start a business. For me, it was my dislike of fizzy lagers, and particularly how badly they went with Indian food, and my love of beer, particularly real ale.”

Martha Lane Fox loves starting new projects. For her, the best stage of a business’ life is at the beginning when the challenge is to transform a concept into a business.

But she maintains that entrepreneurs must have a passion for their new business, because once the novelty and excitement of the start-up phase has worn off, it is your enthusiasm for the product or service that will keep you going.

“Find where the passion is; you may have a brilliant idea but you may not feel passionate about it as a user. That’s really important because it’s hard work when things go wrong or when you’re raising money and you have to fall back on being excited about what you’re trying to do.

“The only reason I’m interested in starting things is because I have a passion for them. Not everyone feels that about their business, but I have to like the product at the consumer end and the feeling that you get when you love a business is quite extraordinary.”

For inspiration, do something unusual: Michelle Dewberry, The Apprentice

When Michelle Dewberry stopped working for Alan Sugar, she found that for the first time in her life she had no specific plans.

Seeking inspiration for what she should do next, Dewberry hopped on a plane to New York. It gave her the inspiration to start a new business.

“When I won The Apprentice I should have been happy, but I wasn’t. I just thought what do I do now? What’s next? I wasn’t happy in a 9-to-5 job and it really threw me.

“I took time out and got on a plane to New York to work out what I wanted to do. I contacted Glamour magazine and asked if they wanted me to blog about this new phase in my life, and they signed me up.

“I had a great time, met some amazing friends and made business contacts and I came up with Chiconomise.” 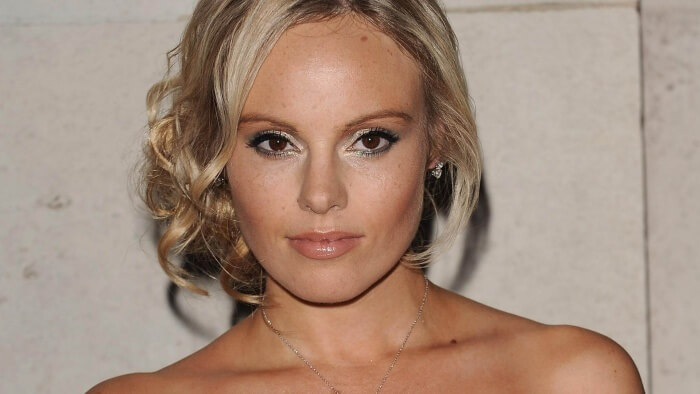 Michelle Dewberry: Getting on a plane can help clear your mind and create exciting ideas

You don’t need to understand ‘entrepreneur’ to be one: Peter Jones, Dragons’ Den

By the age of 12, Peter Jones was technically an entrepreneur. He founded his first proper business at 16 and by 20 was well on his way to becoming a millionaire. But for the first few years he admits he had no idea what an entrepreneur was.

“When I was 12 or 13, just starting out as an entrepreneur, I honestly didn’t know what it was. I know Richard Branson is going to hate this, but when I was younger I looked up to him. But he seemed so much older than me, which hasn’t changed today.

“I started my first business when I was 16 and started another one when I was 18. By the time I was 20 I was well on my way to building a successful company – and that’s when I knew what entrepreneurial meant.”

With her new property trading website Tepilo.com, Sarah Beeny is trying to shift the market for home buying and selling away from estate agents and onto the internet.

In doing so she is helping to shape the future of the industry. In 20 years’ time all houses will be bought and sold this way, she says.

“I started Tepilo.com for the same reason I started mysinglefriend.com. Simply: there wasn’t (and isn’t) a very good alternative. You either buy through an estate agent or you go to slightly weird classified sites.

“People don’t go to estate agents to look for a house any more. If the buyers are online then why aren’t the sellers?

“It’s because they can only do it through estate agents. The big sites are only a small proportion of estate agents. And I thought, what if you don’t want to pay £10,000 plus VAT for an agent? Some people don’t, they’d rather upload their own details.

“It’s a modern way of selling houses that would have happened 100 years ago had the internet been invented. There has been some reaction from the industry, but interestingly they have been personal slights, rather than comments that the site isn’t a good idea.”

When Simon Nixon starts a business he almost always follows the same formula. His last three businesses – Moneysupermarket.com, SimonSeeks and SimonEscapes – were all motivated by a personal need that was not being served at the time.

“It’s an important set of questions every entrepreneur should ask themselves before they start up in business: Do I need something? Do other people need it too? Why is it currently not being catered for? Can I do it myself?

“Moneysupermarket happened because I wanted to see transparency in the financial markets. I wanted to compare the lowest credit-card savings and insurance quotes. I did it for me and I thought that it would be good for the people out there just like me.

“SimonSeeks was again my own requirement. I wanted an online source where I could book a holiday very easily or get inspiration for, say, a romantic weekend in Europe. I wanted to key in my requirements and receive back a big list of guides on what to do and where to go, so I made it happen.”

These insights were originally published in 'The New Rules of Business' by Dan Matthews, available through Harriman House and Amazon.