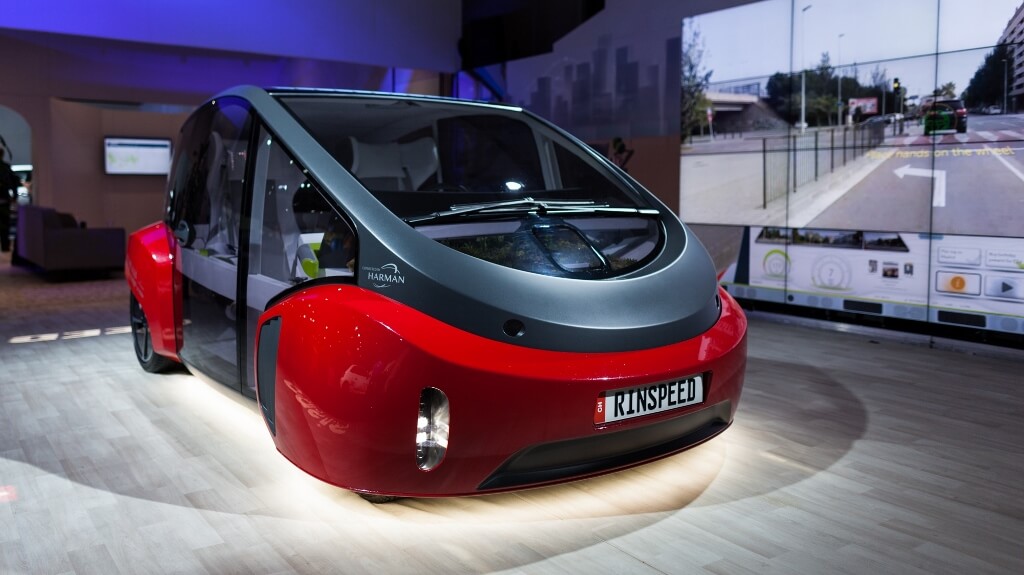 Autonomous or self-driving cars are heading our way with manufacturers, technology firms and fleet operators striving to deliver vehicles that will take us to our destination.

BMW and Ford are anticipating having autonomous cars on the road by 2020, while others such as Hyundai are forecasting 2030. Barely a week goes by without some comment or insight into how these cars will be on our streets in five, ten or twenty years’ time.

The benefits of autonomous cars are manifold with claims of less congestion, safer driving and more freedom for some. A study by the Society of Motor Manufacturers and Traders (SMMT) found that six out ten people with limited mobility could benefit from an autonomous car.

The benefits won’t be restricted to just some groups. Society as whole is set to gain in a multitude of ways and each and every one of us who takes a ride will become part of what is being termed the ‘Passenger Economy’.

According to Roger Lanctot of high technology insights firm Strategy Analytics, “The Passenger Economy represents the value of the products and services derived from the use of fully autonomous, pilotless vehicles, including the indirect savings in both time and resources.” Predictions suggest the Passenger Economy could be an industry generating trillions of dollars by 2050.

“Predictions suggest the Passenger Economy could be an industry generating trillions of dollars by 2050.”

Technology is often a catalyst for change and that’s surely the case with self-driving cars. Autonomous vehicles are expected to free more than 250 million hours of our time spent commuting per year in the most congested cities in the world. This is going to change the way we see the car, forever.

We are already seeing signs of that transition. Not so long ago, many of us chose our cars by poring over brochures, keen to understand engine size, horsepower and top speed.

But recent car adverts rarely make mention of turbos or valves, they’re more about Wi-Fi hotspots, connectivity and how many speakers the sound system has. The in-car experience and how this integrates with our life outside the car has become the priority.

“The automotive industry is at an inflexion point where the in-car passenger experience now counts for more than a 0-60mph time,” says Chris Ludwig from connected solutions provider Harman. “And the prospect of a fully-autonomous vehicle means we are only just at the beginning of what will be possible to do in the car.” 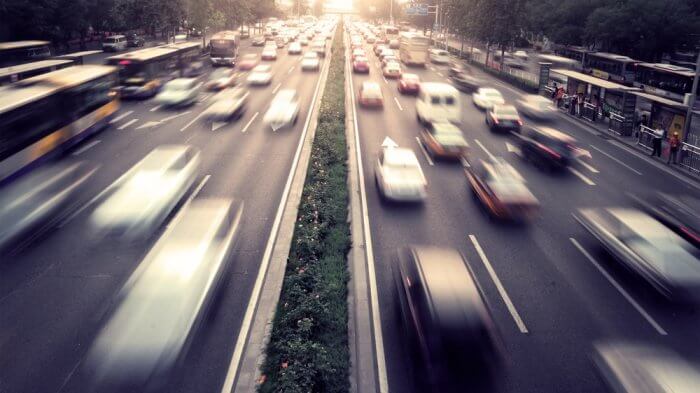 Car buyers are increasingly interested in the tech specs of vehicles

According to Ludwig, today’s savvy consumer is seeking a high-tech experience and convenience that seamlessly and effortlessly integrates their home and work lives with time on the move: we’re heading towards the car being our ‘third living space’.

This is backed by others in the industry. “There's a huge opportunity for auto manufacturers who survive the autonomous vehicle revolution to build and own new relationships with their customers by providing experiences that are driven by software," said Peter Cahill, CEO of Voysis, a voice-powered artificial intelligence startup.

Ludwig explains: “For a start, your content will be seamless no matter what your environment. If you’re playing your music in the kitchen and leave the house to get into your vehicle, your car will continue to play.

"It will be integrated into your everyday life. The car is one of the places where people listen to music the most but consumer demands from the autonomous vehicle environment will be very different. The in-car auditory experience will continue to evolve, providing an intelligent, personalised experience that enhances your enjoyment of the journey.”

Audio systems already on the market can transform car cabins into concert halls. Volvo’s XC90 features a Bowers & Wilkins audio system that recreates the acoustic qualities of the world-famous Gothenburg Concert Hall in one of its three listening modes.

“That is only the beginning of what could be possible,” assures Ludwig. “We envisage content that matches what you hear with what you see on the windscreen. Perhaps you’ll not just hear the music but you’ll also see the musicians too using advanced display technology across the windscreen. Or maybe there will be a hologram that immerses you in a different world.

“As we are freed from the physical act of driving, we have the opportunity to transport occupants – virtually and auditorily – from the car environment elsewhere. That might be somewhere relaxing like a beach with the sound of lapping waves, somewhere entertaining such as a movie set, or somewhere productive like a meeting room location.”

“We have the opportunity to transport occupants – virtually and auditorily – from the car environment elsewhere.”

The consumer electronics space is welcoming more products that utilise voice recognition and artificial intelligence (AI) and these technologies will also impact on the in-car experience.

Ludwig explains: “As well as tasks like directing the car to a petrol or recharging station when low on fuel or power, AI creates vast opportunities for personalisation in the car. AI could interpret an occupant’s calendar, understanding where they’ve been or where they’re headed and how this might impact their attention, alertness or mood.

"So, if they’re on their way to the gym, the car could create an upbeat music playlist to get them motivated. If you’re headed to a stressful meeting it will play more soothing music choices.

"In either case, the playlist will be designed to finish as you reach your destination for a satisfying user experience and conclusion to your journey. This type of personalisation will be a powerful tool for differentiating brands from their competition.”

AI opens huge opportunities. Your car will know you like to collect your coffee from that little deli on the way to work and it will take you there, making sure it is ready for when you arrive. And it will have already paid for it before planning the rest of the journey. 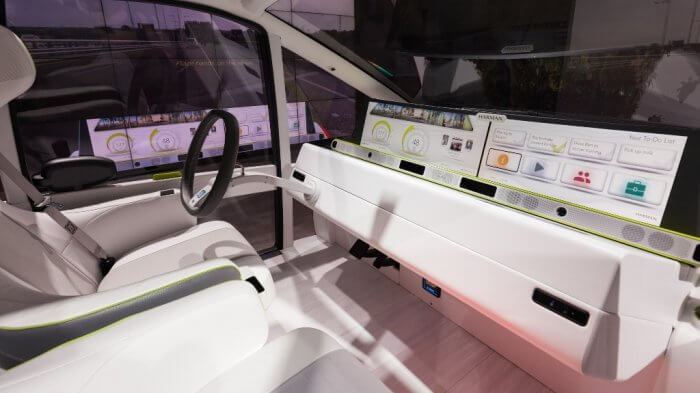 Your car will almost certainly be your most powerful mobile connected device, for entertainment and convenience. And to go one step further, the ‘car’ you take to work could become your hair salon, your doctor or a mini restaurant. Perhaps it’s somewhere to sleep for an hour.

It’s all possible and all coming to a city near you.

The UK government plans for the country to be “at the forefront” of self-driving cars, anticipating that the industry could be worth £900 billion by 2025. As such, the Department for Transport and the Department for Business, Innovation and Skills are supporting driverless trials around the country alongside others taking place by organisations and manufacturers.

The first UK city to test a driverless car among members of the public. Since October 2016 there have been two-seater electric vehicles travelling on pavements in a loop from the city’s railway station to the Centre:MK shopping centre.

Run by UK Autodrive, a consortium of 15 organisations and automotive manufacturers, the aim is to have up to 40 self-driving pods in operation in Milton Keynes by summer 2018.

In Greenwich, over 100km of driverless vehicle testing has been completed, including public trials. The GATEway project aims to transport people around the dense, urban environment of the Greenwich peninsula and understand how automated vehicles will integrate within a smart city. It will also investigate automated urban deliveries.

Additionally, as part of the Drive Me project, Volvo has confirmed that it plans to put autonomous vehicles on the road in West London this year. It’s a project that has been running in Gothenburg, Sweden, with the support of volunteers from the public.

With £8.9 million of funding, there are plans for a large-scale driving demonstration on the motorways between Oxford and London in 2019. The vehicles will be tested on race tracks in 2017 and closed roads around Oxfordshire in 2018 before testing in traffic.

Driverless pod trials by UK Autodrive are also taking place in Coventry as part of the three-year project. It will also investigate other important aspects of the technology advances, including safety, cyber-security, legal and insurance issues and public perception and reaction.

Run by the Venturer consortium, the trials in Bristol are investigating the insurance implications of driverless vehicles and studying the public’s response to the technology to better understand the impact on road users and wider society. 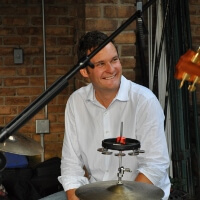 Senior director of the EPIC Experience Team at HARMAN International 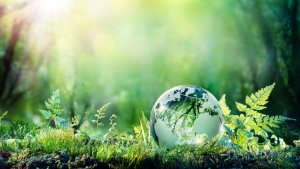 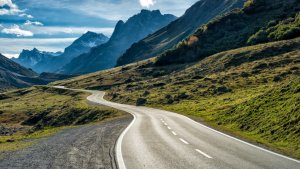 Autonomous Cars May Be Safest On Their Own Roads 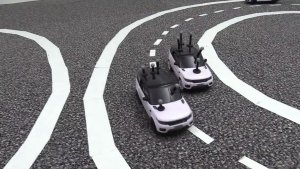