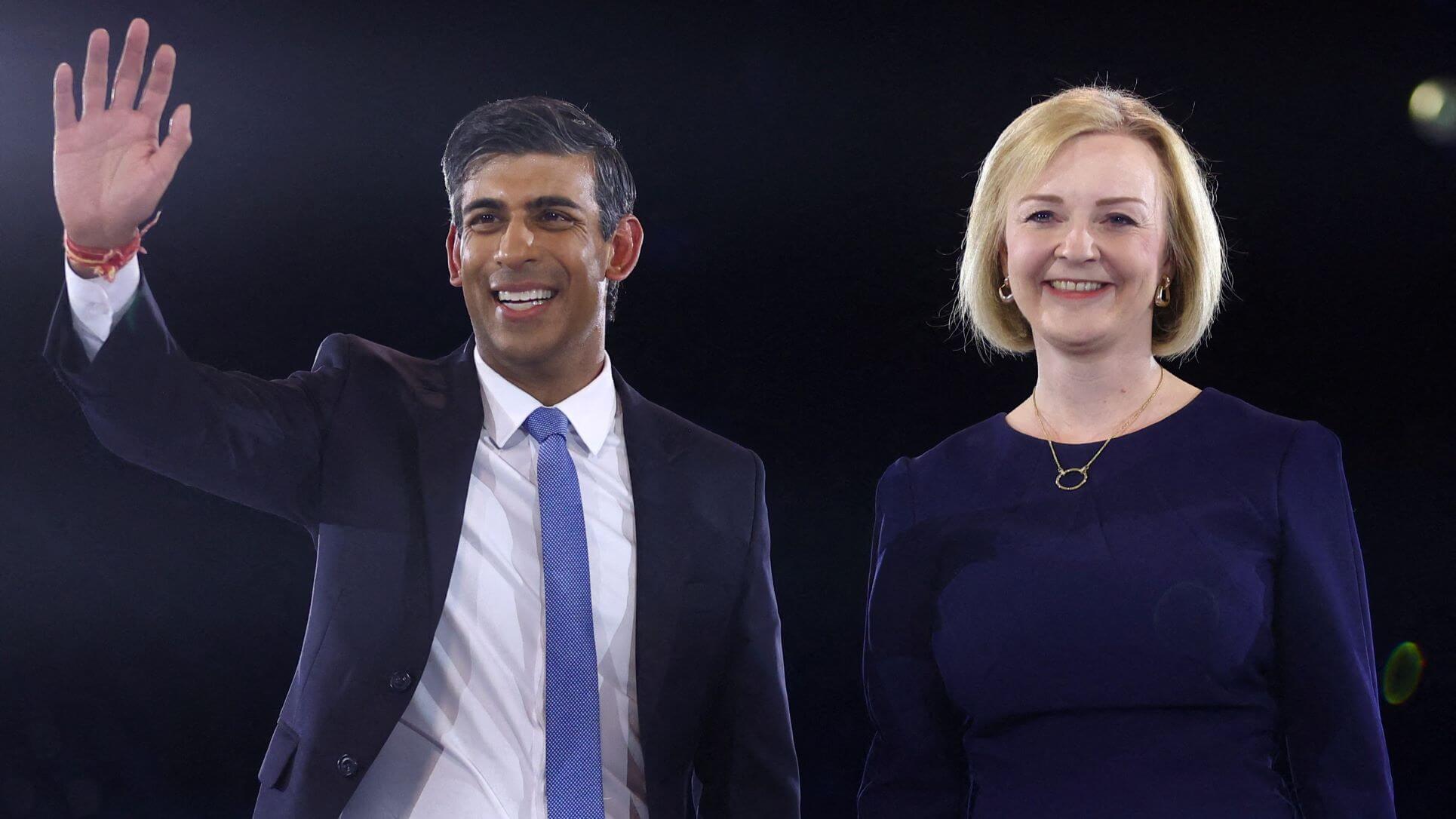 Major investors are rethinking their support for Britain's economy following months of political turmoil and persistent Brexit uncertainties, as experts predict its recovery from a global recession will be slow and painful.

Top financial industry figures say that even with Truss gone, a tight labour market, low business investment and weak exports mean the economy will lag peers next year. Worries about growth are leading some investors to limit their holdings of the pound and British debt.

"For the time being, we think the risks are too high compared to the rewards," said Vincent Mortier, chief investment officer at Amundi, Europe's largest fund manager, which manages 1.9 trillion euros ($1.98 trillion) in assets. 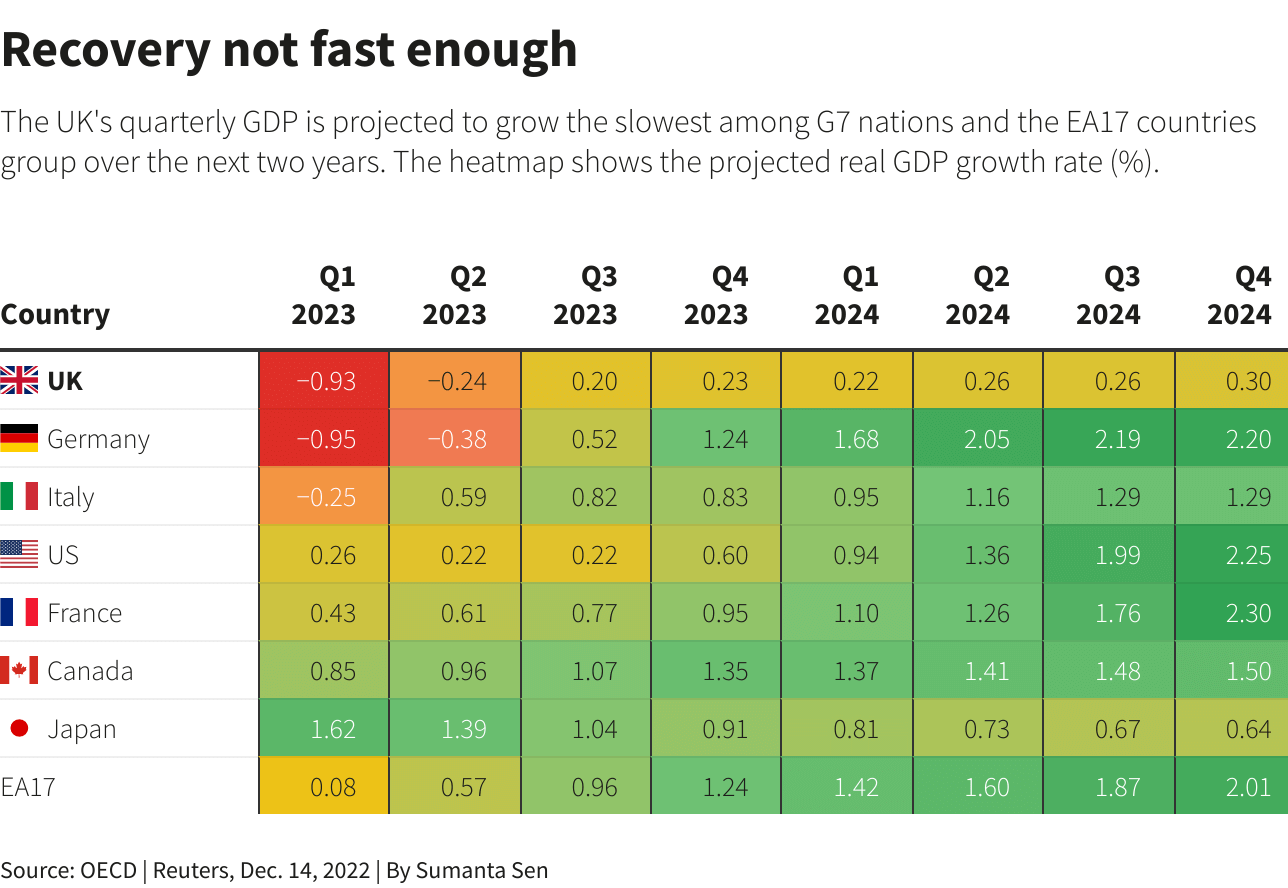 Foreign investors have traditionally been attracted by Britain's strong rule of law, stable governance and thriving financial and professional services sector. But an open economy means any change in perception can have a large impact.

The fact that Truss - elected by her party, not the country - could pile pressure on the Bank of England and sow mayhem in markets, has heaped scrutiny on Britain's politics and finances.

Her replacement by ex-finance minister Rishi Sunak calmed UK assets, but investors are still brooding over the near-collapse of pension funds and how close Britain came to a financial disaster entirely of its own making.

Sterling remains down 9% against a strong U.S. dollar and 3.5% lower versus the euro in what is set to be its worst year since the Brexit vote roiled markets in 2016.

Like other governments, Britain - which plans to raise just over 300 billion pounds, mostly by selling bonds in financial year 2023/24 - has seen borrowing costs rise sharply in 2022.

The Bank of England's sales of bonds from its balance sheet will put further pressure on gilts prices by increasing supply. 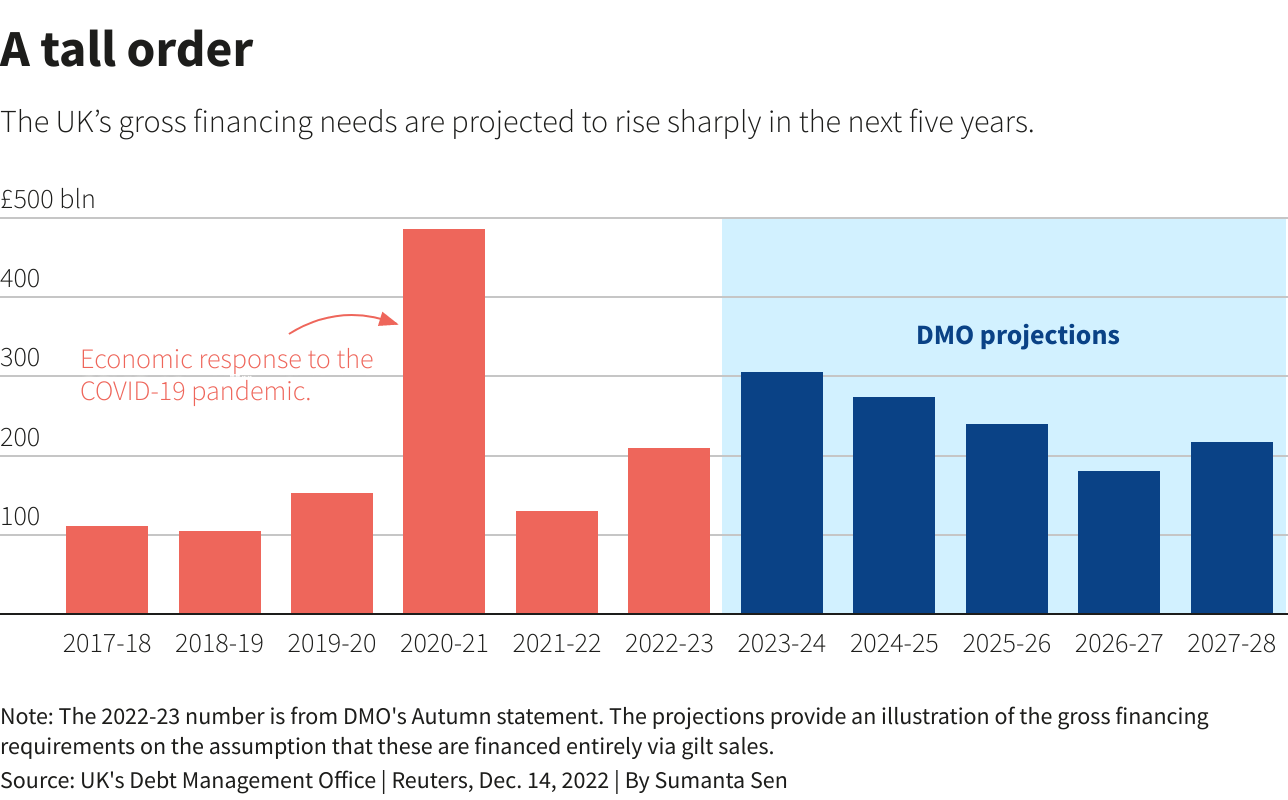 Britain is expected to endure a protracted recession, with official forecasts pointing to a 1.4% contraction next year. In March, before the full impact of the Ukrainian war was felt, the projection was for 1.8% growth.

Saker Nusseibeh, CEO, International at Federated Hermes, which managed $669 billion in assets at Dec. 31, said Truss's botched plan for Britain to borrow its way out of its slow growth rut had inflicted heavy reputational damage overseas.

But he told Reuters that Truss deserved credit for acknowledging something radical needed to happen to halt years of stagnant growth.

"While the government attends to fixing past problems, the focus on the big picture long-term is missing from the rhetoric right now," said Nusseibeh, calling for stronger trade ties with the United States and European Union, which Britain left in 2020.

TS Lombard economist Dario Perkins, credited with coining the term "moron premium" to describe the repricing of UK assets under Truss, told Reuters nobody knew how to "fix the UK today".

"I think most investors realise that Brexit has been a sort of disaster and that the Bank of England can't really solve the problems we face," he said. 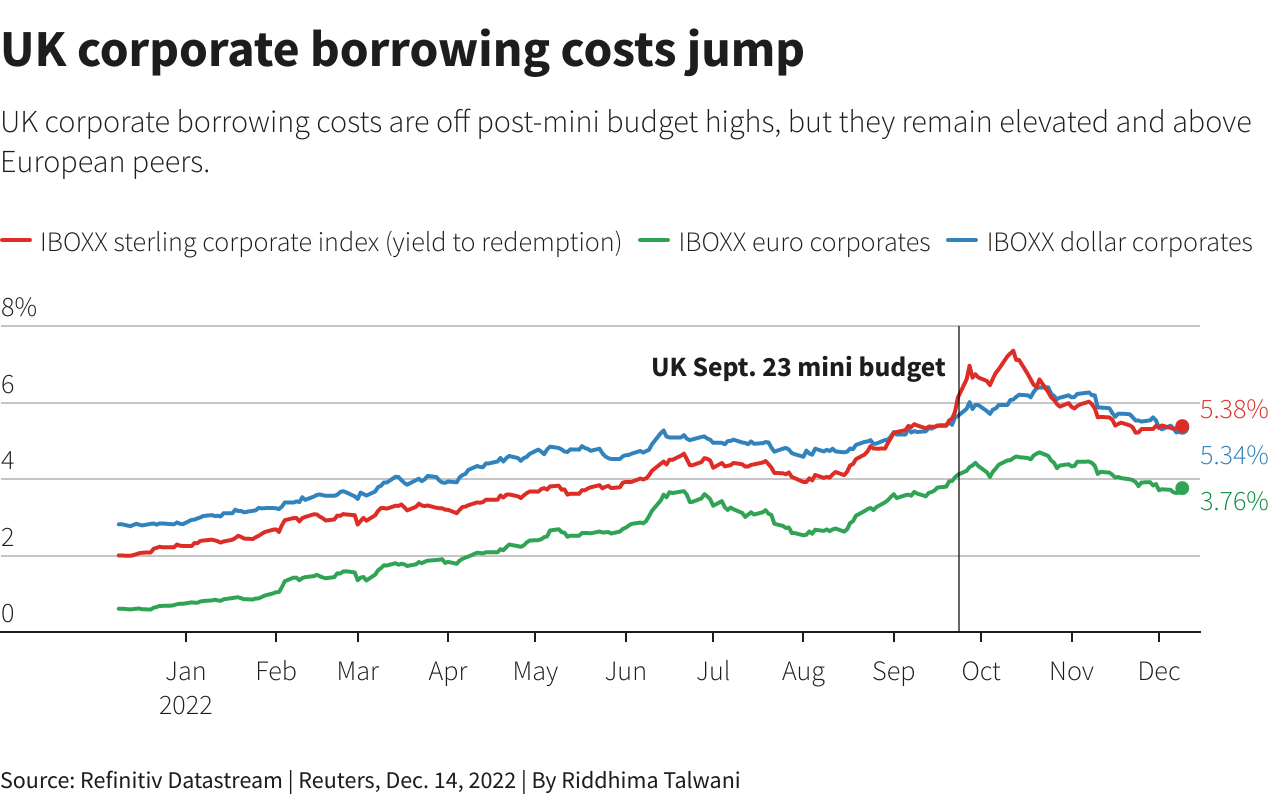 When former BoE Governor Mark Carney warned in 2016 that Britain was reliant on the "kindness of strangers", foreign direct investment (FDI) represented nearly half the net inflows of funds from abroad.

In the latest data, up to the second quarter of this year, FDI represented more than half the net outflow - a result of strong UK investment abroad but weak inward investment too. The data may also be subject to pandemic-related disruption.

"The UK does look and feel like it's a different bet for international investors than it did 10 years ago," Vivek Paul, UK chief investment strategist at the BlackRock Investment Institute, part of the $10 trillion money manager, told Reuters.

Britain has increasingly financed its enormous current account deficit by selling financial services and bonds to the world, rather than attracting FDI into UK companies.

There are also concerns about how much companies in Britain are prepared to invest in equipment, buildings and staff training to spur growth from the bottom up.

Its business investment performance now sits 6% below its level in mid-2016 as of the second quarter of 2022 - compared to increases of 23% for France, 19% for the United States and 4% for Germany, according to a Reuters analysis of OECD data.

That underperformance on investment means productivity is lagging, with the Confederation of Business Industry expecting output per worker to be 2% below pre-pandemic levels by end-2024. It has warned of "a lost decade of growth".

Two years before a general election must be held, Sunak says the government is listening.

As well as hiking taxes and restraining spending to address the public finances, he has mobilised finance minister Jeremy Hunt to protect London's position as Europe's hub for trading and banking. A makeover of the financial rulebook is aimed at better using the trillions of pounds moving through the City of London to drive growth and keep tax receipts flowing in.

"You need all the advantages and you need to play your hand well," he told Reuters. "So we've handicapped ourselves in recent years with continuing uncertainty and we have to recognise that." 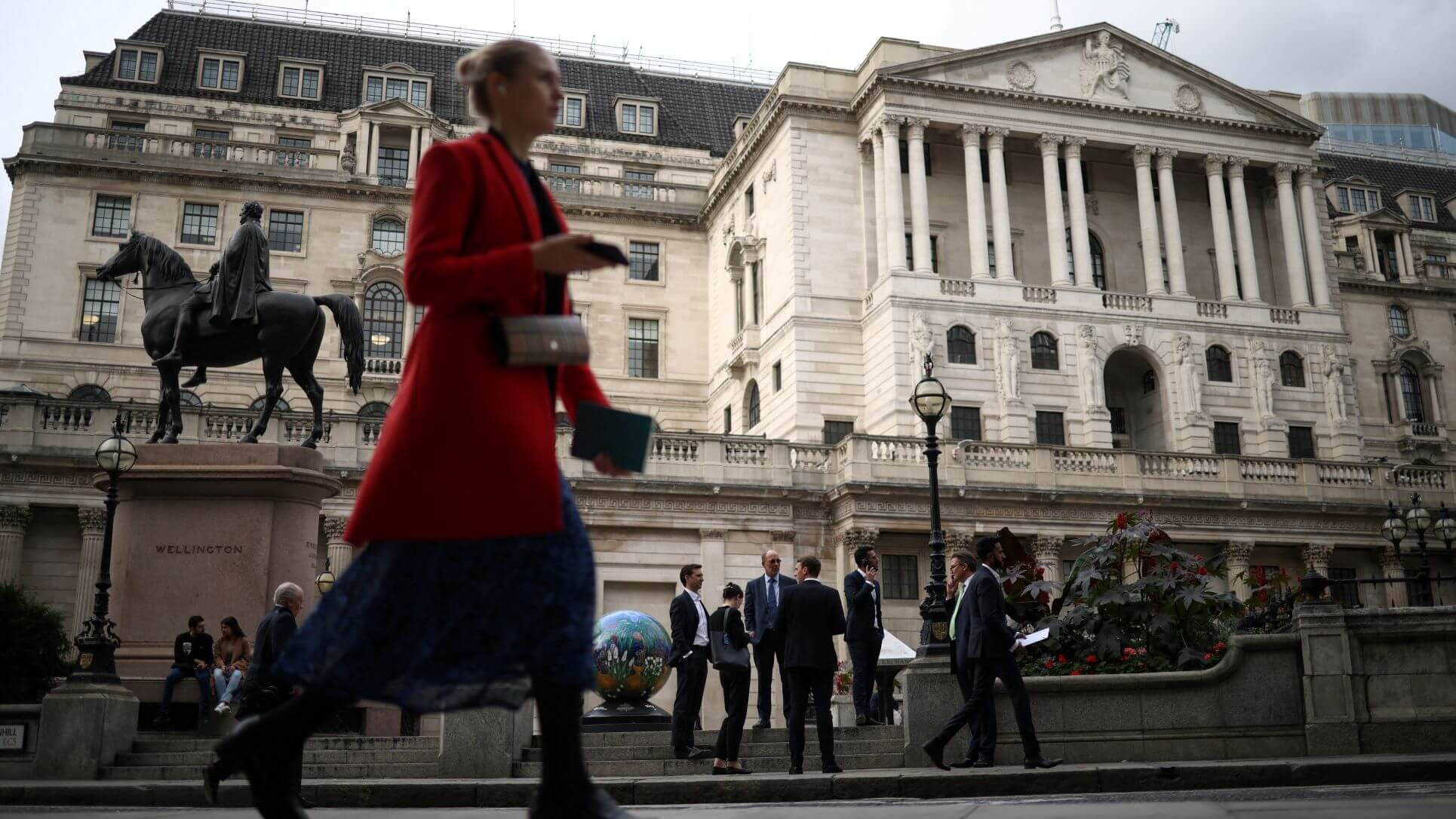 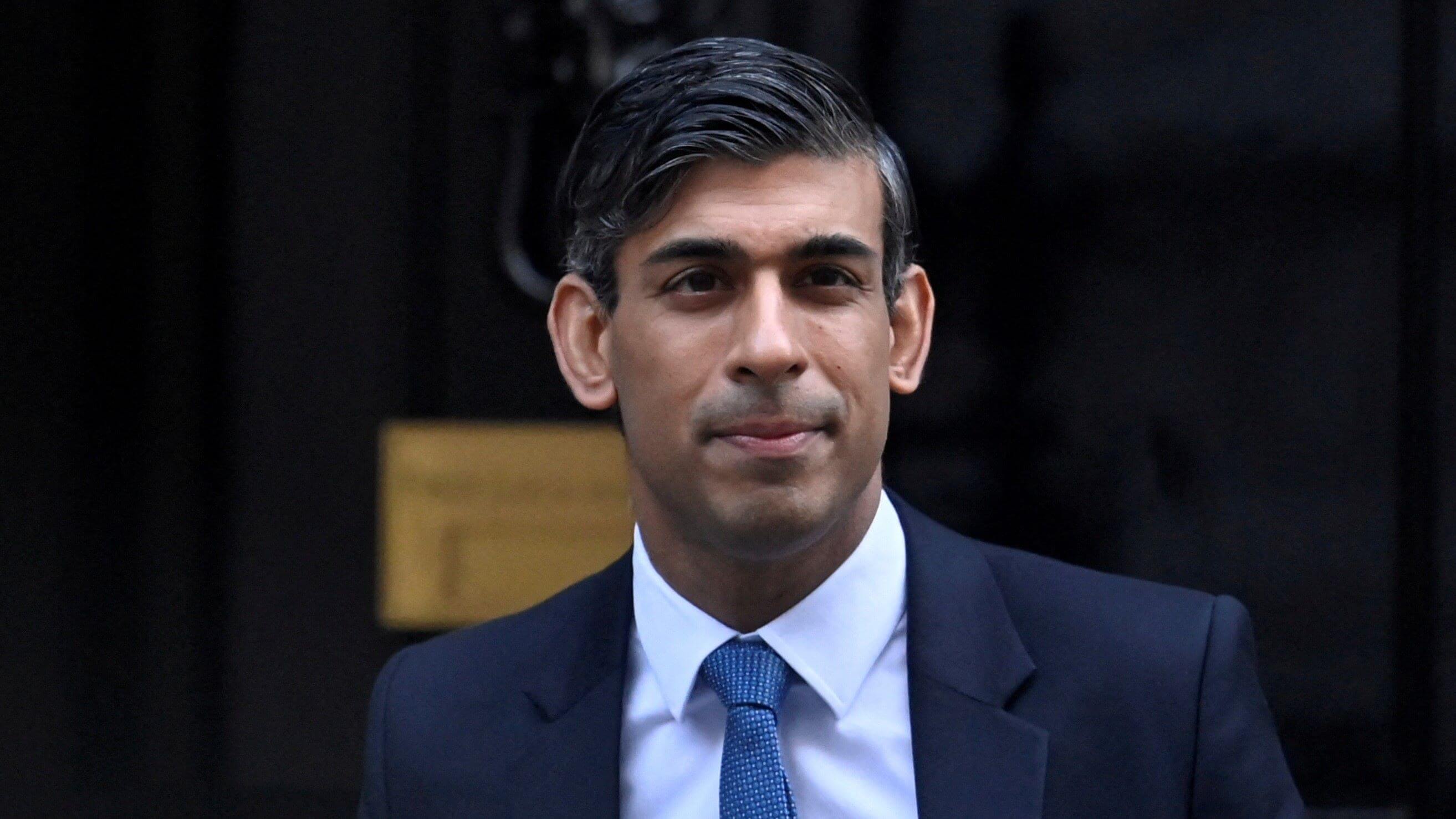 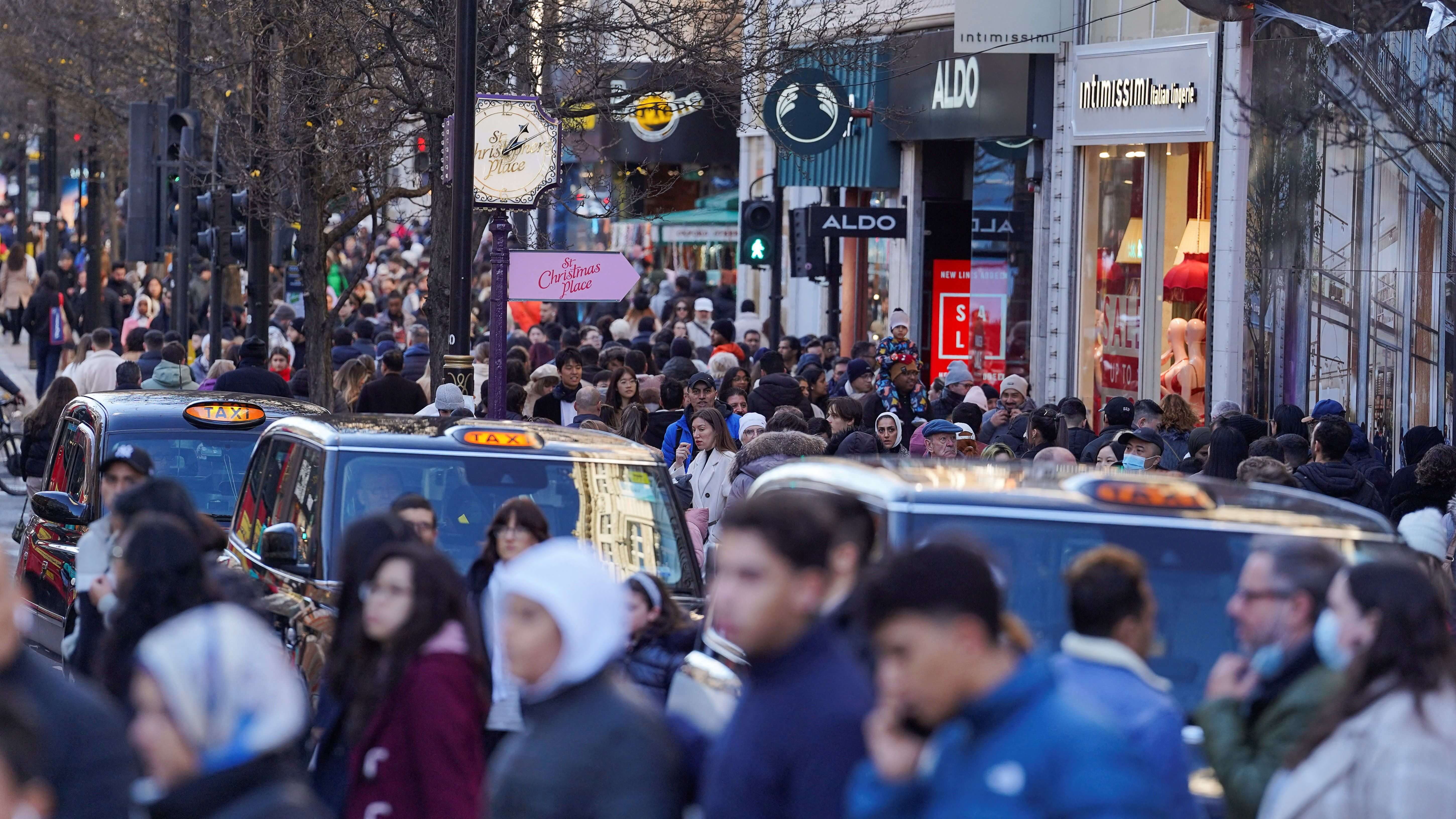