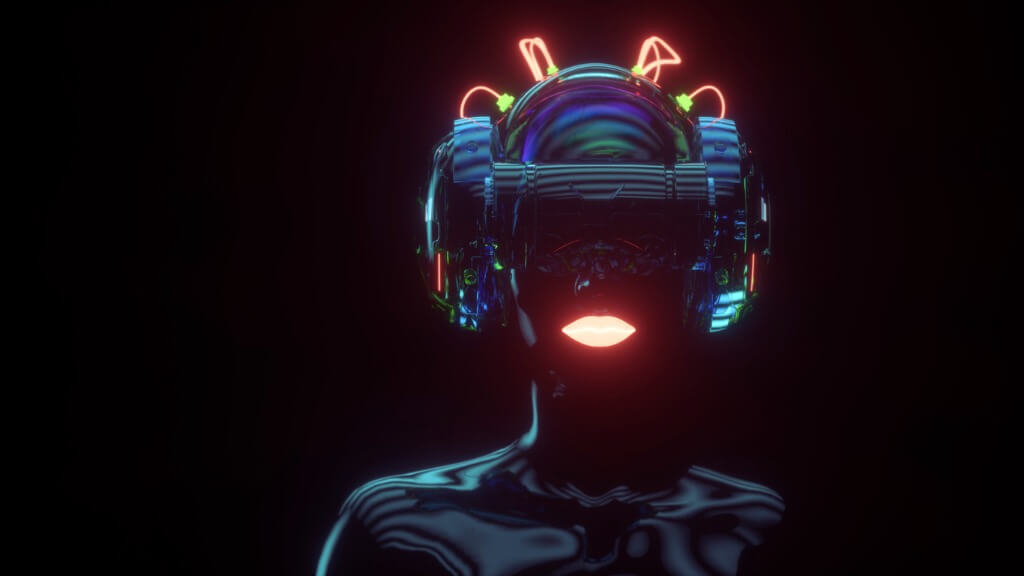 For years, VR has been talked about as the next big gaming platform but today, we’re still waiting for VR gaming to take off. That’s not to say there hasn’t been innovation in VR gaming as headsets today are more feature-rich and sophisticated than ever. Oculus released a completely wireless VR headset and HTC’s flagship Vive now includes eye tracking.

While VR innovation progresses slowly, the value of VR as a gaming platform is undeniable. It only takes a few minutes playing a VR game to be convinced that it will be the next big gaming platform. No other gaming platform provides the level of immersion VR does.

But what’s holding back VR gaming from going mainstream? Let’s dig into the major reasons and examine what VR gaming needs to be the next big gaming platform.

One of the biggest barriers to entry for VR gaming is price. When the Oculus Rift first launched, it cost $600 just for the headset, which meant users had to buy or build a gaming PC for over $1,000 that would support VR’s graphical demands. Today, the Oculus Rift has fallen to $400 but gamers still have to have an expensive PC capable of driving the experience.

Facebook, Oculus’s parent company, knows price is a huge barrier in popularizing VR and that’s why it released the Oculus Go, a $199 standalone headset that is built on mobile phone hardware. The Go is a perfectly good entry into VR but the experience is much more limited compared to the full-featured Oculus Rift, losing out on hand tracking and graphics quality.

To fill in that performance gap while still remaining wireless, Oculus will be releasing the Quest headset sometime this spring, bringing a full-featured wireless VR experience to the masses for $400. HTC is also releasing a standalone wireless VR headset called the HTC Vive Focus, but it’s targeted at enterprises with its $600 price tag.

With the Oculus Quest, $400 is a great starting price for a full-fledged VR experience but pricing may have to drop even further to gain mass adoption. Looking at the console market, the Xbox One X and Sony PlayStation 4 Plus cost about the same as the Quest, but the previous generation Xbox One and Sony PlayStation 4 cost half of that.

In order for VR to really expand, it needs to be cheap enough to be considered an “impulse buy,” but the Oculus Go simply doesn’t provide a full VR experience that will entice players.

However, pricing alone can’t save VR gaming. This brings us to one of VR’s biggest problems: the lack of content.

VR is facing a chicken or the egg problem—consumers aren’t jumping to VR because of the lack of compelling content and developers aren’t creating content for VR because there aren’t enough consumers on the platform. VR is still waiting for that one game that has enough recognition to excite the masses.

Currently, there are a lot of unique VR games and experiences and a lot of them are fun, but there hasn’t been a game with mass appeal. For VR gaming to capture the imagination of the masses, it could require a huge franchise or IP to offer an exclusive VR experience.

Additionally, creating VR games is an expensive endeavor. Since the platform is so new, developers must learn and invest in new tools in order for them to create VR games.

For indie developers, making VR games comes with a big risk as the resources required to create a VR game are quite high. And since the audience for VR is much smaller, developers are limiting themselves on how much they can make. For now, VR remains a platform for experimentation, rather than heavy investment.

VR as a concept is undoubtedly compelling. Who doesn’t want to have a holodeck in their home? However, the hardware that we currently use to tap into virtual worlds is far from ideal. They’re too heavy, uncomfortable, and flagship headsets still require a wired connection.

Companies have gotten more clever with their designs over the years by shifting some of the weight to the back of the headset for better balance (the original HTC Vive was notorious for being front-heavy). Today, we’re seeing a shift to wireless headsets that are powered by mobile chipsets, which makes them much friendlier to use as there aren’t cables to weigh you down and trip over.

There’s also the issue with the hand controllers we currently have, which function more like game controllers than how we use our hands in the real world. Ideally, users wouldn’t need to use controllers to interact with a VR world, and there’s some progress being made on this front.

Users can strap a Leap Motion sensor to the front of their VR headsets to use their hands freely. It’s the equivalent of the transition from smartphones using styluses to touch—it’s just more intuitive.

Perhaps the biggest reason VR gaming hasn’t taken off is the fact that we can’t play on the go. When we’re waiting in line or on public transport, we want to maintain our situational awareness and that’s just not what VR is designed to do. VR is great at home, but don’t expect to take it on the go with you.

Looking to the past at the successes of MP3 players, smartphones, and laptops, these are all devices and platforms that you could take with you. VR is a fundamentally different beast as it currently requires a load of sensors and space to work properly.

This doesn’t translate to on-the-go computing or gaming, but a mixed reality headset may be something that launches VR gaming into the mainstream. Mixed reality is a blend of VR and AR, allowing users to maintain situational awareness while being able to game on the go.

Think Microsoft Hololens and the Magic Leap One, both of which aren’t ready for consumers just yet thanks to their sky-high prices and lack of content.

Even with all of these challenges, VR gaming will take off eventually. Once prices come down to console levels and there are compelling games for people to get excited about, VR can complement the gaming platforms we already have.

Mobile will continue to dominate with snackable games, and console/PC experiences will still offer flagship experiences. While console and PC games will be compatible with mobile thanks to game streaming, VR will be a gaming platform for unique experiences that you can’t get anywhere else. 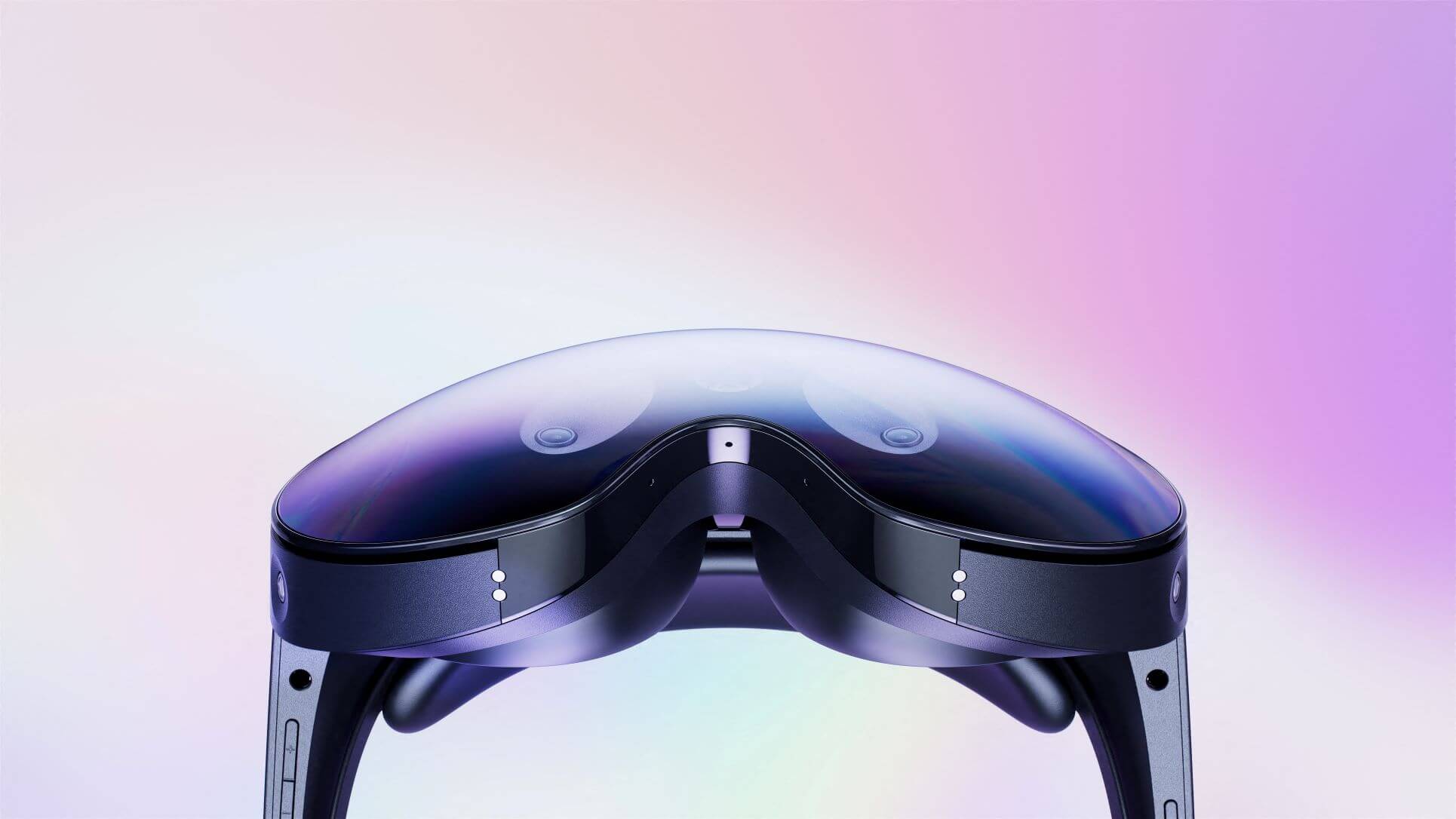 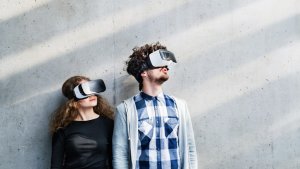 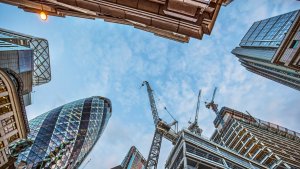