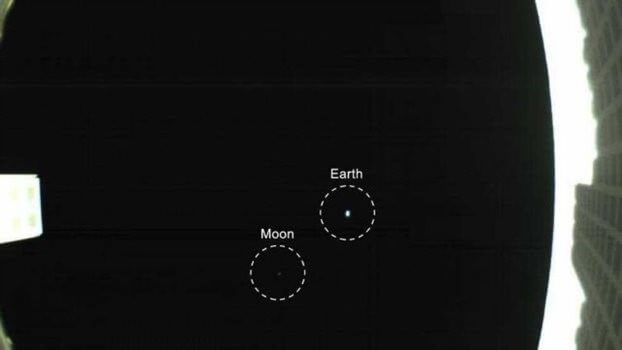 Nasa published recently the photo (above) of Earth from Mars. This would make every economist to consider the whole notion of economics. Economics comes from the Greek words “Oikos” (meaning house) and “Nomos” (meaning order/put in order) and essentially refers to fundamental need of managing limited resources.

Looking at our planet from that distance it puts this thought into a different perspective.

Due to demographic pressure (population is expected to cross the 10 billion mark within the next 100 years) Earth cannot provide infinite resources of raw materials, including minerals. Consequently, the need to manage these finite resources becomes increasingly more challenging.

This lack of resources creates incentives for political and territorial (consequently economic) conflict. A release of that pressure with higher supply of resources would ease theoretically these tensions.

This is where space mining could be an invaluable contribution. Space mining has the potential to provide a greater supply of resources either for being exploited locally for construction or being sent back to earth. For example, Carbon based celestial bodies, such as many asteroids, contain metals that can be used for construction, such as iron, nickel and cobalt.

This would allow the creation of local extraction bases, which can serve as a foothold for further expansion. In parallel, larger celestial bodies might contain platinum-based minerals, such as rhodium, palladium, iridium, platinum, etc., which are used extensively in electronics, but are rare in Earth.

Undeniably, an economically sensible/viable development of space mining would lead to a better equilibrium of demand and supply of these limited resources on earth and would limit the geopolitical pressure for their exploitation.

However, the crucial element of this, is whether an economically sensible supply chain for space mining can be developed. Alongside the transportation costs, which are extremely high now due to the long distances, there is also a technological cost that needs to be taken into consideration: identification of minerals.

The opportunity cost of a space mission would be rather prohibitive in sending a mission on an asteroid/meteorite without having in advance a high probability of success in finding a sufficient quantity and quality of minerals.

A mission to a near-earth celestial body, which are the most realistic contenders for this kind of ventures, would be marginally profitable if the probability of finding and extracting minerals of sufficient quality and quantity is 100%. If it is less than that and an identification cost is factored in, then most likely, such a venture would incur losses.

This will not be necessarily the case in the future. Space mining, as a venture, would include four stages i) exploration, ii) setting up, iii) extraction and iv) repatriation. Current technology makes all of them feasible – all these already exist for solid-form water extraction from asteroids – but not necessarily economically viable.

However, given the rapid progress of technological capacity, as well as the ever increasing demand for limited resources, space mining could be proven to be a goldmine in the future, especially for those companies that first enter into the race. The private sector already sets eyes towards that direction and, some ambitious set ups include Elon Musk’s Space X and the Arkyd-6 project.

In economic terms, we could say that space mining has an “option” value. It might not be profitable now, given the current prices and technology, but in the future, it has the potential to be vastly profitable. But only for those who have the “right” to exploit it.

On Earth, this is similar to drilling rights for oil, which are, albeit debatably, regulated. In space, there is no comparable regulation and therefore, the reality might be on a “first-come-first-serve” basis.

The scarcity of earthly minerals, the high profit potential and the lack of regulation create a mix for a new “gold rush” and “colonization” of space. To avoid future conflict, it might be sensible to, at least, try to set the foundation for some ground rules of exploitation.

The Obama administration already initiated the race by introducing some regulatory amendments that allow private firms to acquire or develop-and-gain “rights” to own, exploit, sell and profit from extraterrestrial resources.

This is far from being a complete regulatory framework, but at least is forward looking and sets a prior. Before that, space exploitation was regulated by a cold war treaty that guaranteed no property rights.

Lately, Luxemburg has aligned its regulatory framework with the US and allows space resources “appropriation” by private firms for commercial use. This creates a potentially lucrative “Space Industry” in Europe and more countries are sure to follow. 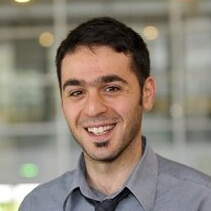 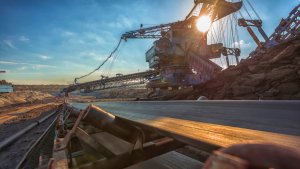