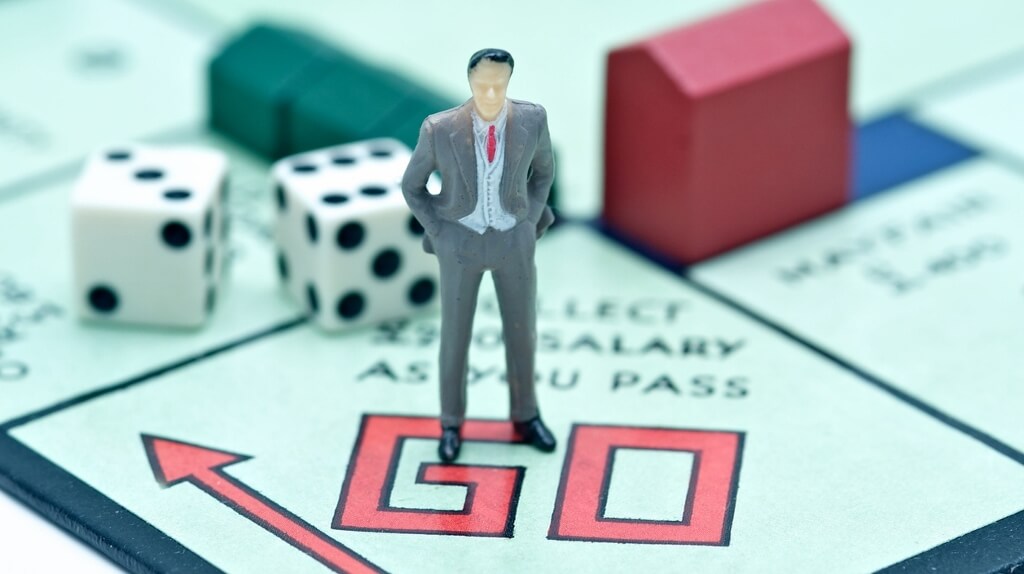 Ben Bradley’s speech in the House of Commons, which called for a ‘minister for men’, went viral for putting men’s issues on a par with women’s.

It’s easy to snort at that, especially given how much women have felt the weight of workplace pressures this year (78% of mums struggled to balance childcare and their jobs during the first lockdown).

Yet unquestionably, men also need support. While initiatives like International Men’s Day have unlocked conversations regarding men and mental health in recent years, there’s still a way to go in the workplace. Working from home could start to change that narrative for the better.

My business, Utopia, has championed remote working since we opened our doors in 2017, but for many organisations this year has been a first. WFH has shone a light on people in their entirety.

You see the challenges colleagues face - being a parent, a flatmate, a sibling, a carer - that you just wouldn’t in the physical office.

You see an emotional openness which you may not otherwise have witnessed, for no other reason than the fact that one in three of us (35%) view being emotionally open at work as ‘risky’, while four in ten men are being taught not to show empathy at work (according to our research).

Bradley’s speech called out negative phrases like ‘toxic masculinity’. This phrase isn’t helpful, but ignoring the damage traditional masculinity has on men and everyone else is an endemic problem within senior leadership teams.

Again, our research showed that people asserting power and competitiveness are still given preferential treatment - counter to the fact that men in non-managerial positions actually want this one-upmanship swapped for empathetic values.

We don’t know what the ‘office’ will look like in six months’ time, but these outdated values require proactivity from the top to drive change.

The pub isn’t an after-work hub anymore, and chats about football - which exclude a chunk of the workforce - are harder to have virtually. These off-the-cuff watercooler moments, which have migrated to private groups on WhatsApp and the like, leave a sizable gap in workplace cultures.

Taking advantage of these spaces, and filling them with meaningful, inclusive conversations between leaders and employees, will be invaluable going forwards.

Small changes, like allocating an extra fifteen minutes to staff meetings to discuss how everyone’s week has been, encourages everyone to be authentic and relaxed.

And I do really mean everyone - when a boss is open about challenges they’re facing, whether personal or professional, it shows the workforce that they don’t need to put up a front.

After all, 53% of employees see vulnerability as a key leadership trait. It’s only human to want to see and work with other humans, so leadership showing vulnerability could bring about lasting change in the office and beyond.

I’ve experienced it first-hand, and I’m as guilty as anyone - it’s taken twenty five years for me and my male friends to finally see the value in talking about our families rather than football, and I’ve taken that into the workplace with me.

The pale, stale male stereotype excludes most men - so let’s stop perpetuating it.

Suicide rates for men hit record heights last year. But for this year’s International Men’s Day, people were still quick to jump on their keyboards and argue the case for why the day shouldn’t exist, or should be used to spotlight women.

And of course, it’s important for men to acknowledge and understand their privilege. It’s a tough pill to swallow, because it involves accepting that you’re innately better-off than someone else.

I now recognise the privilege and opportunities I’ve been afforded during my career just by being a straight, white, able-bodied, privately educated, neurotypical man, but I’d be lying if I said I’ve always seen it that way.

That said, not every man shares the same privileges as me, and even those with privilege have their own challenges - to assume their problems are insignificant in comparison only discourages them from fighting for inclusion and diversity.

That’s why I have spent the last seven years using Token Man to inspire men to become change-makers when it comes to inclusion and diversity.

For men who don’t immediately identify with alpha-male stereotypes like assertiveness and competitiveness, conforming is the only feasible way to climb the career ladder - it’s survival instinct rather than social capital.

It needs empathy from leaders who are willing to educate the ‘in-group’, explaining that the environments they thrived in have bigger ramifications, while also emphasising that diversity and inclusion don’t diminish their value. Simply demonising men disengages them - it’s too blunt an instrument.

Of course, there are characteristics of masculinity that will live on after the pandemic. Competition drives results. But recognising that the current cultural norms can foster non-inclusive behaviours, which are damaging for everyone, can make way for a culture in which emotional and relational skills can be rewarded and valued.

Now we’re out of physical offices for the time being, leaders have a genuine opportunity to reconsider their values and what the office means to them.

These places were designed by men, but are no longer fit for them. For example, our research shows that 50% of men aged between 18 and 34 feel there is no or limited support for parenting duties that impact their time at work. Clearly, working from home has highlighted just how dire this situation is.

Using this time to be more open and build a better understanding of the challenges everyone faces, both at home and at work (even if they’re the same place for the time being), can give your business the impetus to change for the better, forever.

Hopefully, in the future, we won’t need a minister for women or men - it’s not the solution. Inclusion is for everyone, and by understanding the problems of colleagues from different backgrounds, men can help shape a better workplace that benefits everyone, whether that be virtual or physical.

Because working from home isn’t the full stop on empathy, kindness and vulnerability being identified as key drivers for success. It’s just the start.