As far back as 2010, controversies and under-table exchanges had already arisen in the Influencer industry, such as whether Influencers should pay for the products and services they sample to produce reviews.

In recent years, some Influencers have been known to request for freebies outright, in exchange for guaranteed positive reviews and free advertising on their social media. In response to this, service providers have begun to ban Influencers from using their premises or from soliciting complimentary services.

While these controversies may be deemed borderline unethical, others are more systemic exploitations of social media, algorithms, and the industry’s cultural norms to boost one’s portfolio.

Below are three such shadow economies – bots, spam, and self-amplification groups – and reactions from social media platforms to these vernacular attention-garnering strategies.

To boost their follower count artificially, and thus their market values, some Influencers have taken to purchasing “fake followers” from third-party accounts that use bots to create hundreds of dummy accounts to follow other accounts, or function as “clickfarms” to “like” an Influencer’s post mechanically in order to inflate numbers artificially.

The market rate of such fake followers is reportedly between $7 and $14 for 500 followers.

While some Influencers purposefully purchase bot followers, others are subject to sabotage when “fake” followers and likes are purchased for them in bulk, resulting in an artificial boost in follower counts overnight.

Since these incidents are difficult to trace, they usually become known when Influencers post updates about a sudden and dubious increase of thousands or tens of thousands of followers to their account overnight.

As part of their damage control, Influencers would forewarn potential clients of this sabotage, temporarily set their accounts to private, and quickly screen through their lists of latest followers to block bots and recalibrate their follower counts.

In December 2014, Instagram responded to the proliferation of artificial inflation by initiating the first of several attempts to delete bots, fake accounts, and inactive accounts from their database systemically.

As a result, prolific Instagram users with high follower counts, such as traditional media celebrities and Influencers, experienced huge losses.

Influencers who were affected by the Purge reacted in two main ways: those who had lost a sizable proportion of their followers immediately set their accounts to private amidst condemnation and critique from fellow Influencers and followers; others who had emerged relatively unscathed capitalized on the exposé to reassert their authenticity through narratives of disclosure.

They began to announce their “drop count” voluntarily on various social media in a bid to display a sense of honesty and integrity, and to subtly reaffirm that their “slight drop” in numbers was merely attributed to inactive accounts rather than bought followers.

To encourage followers to empathize, Influencers asked followers to report on their own “loss” as an act of commiseration, to reiterate that “small losses” are normal, and to diffuse attention from Influencers’ own “drop counts.”

By gloating over rivals’ losses, redeeming themselves from previous accusations, and disclosing taboo contemplations, these Influencers manage to manipulate the Purge to perform wearing guises of authenticity for their followers.

Another way in which users have been gaming algorithms on Instagram is through hashtag spam. At the time of writing, Instagram allows up to 30 hashtags per caption.

They include the website TagBlender264 and mobile app Hashtags For Likes, which constantly update the hashtags with the highest traffic that users can copy and paste into their captions to generate more traffic.

Although many Influencers (and aspirants) utilize this tactic to expand their audience reach, such vernacular practices spam and negate the interest communities that have organically formed around Instagram hashtags when used sincerely.

In response, in early 2017, Instagram began removing posts with hashtag spam from its public feed such that they cannot be discovered “by chance” by users, in a move dubbed the “shadow ban” by users and media commentators.

In its public statement, Instagram asserted that businesses who use their platform should not rely primarily on hashtags for publicity but have clear business objectives. They recommend branding strategies such as cultivating a distinct visual presence, telling good stories, and being creative.

For instance, both platforms no longer show posts in chronological order by default, resulting in brands and Influencers having to amplify the reach of their content by ensuring that it registers the most engagement through likes in the first few minutes of being posted.

Although strategies for opting out of these new algorithmic patterns have been circulating on popular news media, it is unlikely that opting out is the norm for a clear majority of users who usually accommodate these gradual changes on social media.

To combat these new algorithmic changes while ensuring that they do not give in to industry taboos such as ­purchasing fake followers and likes, some Influencers have formed informal networks to amplify each others’ content within secret circuits known as “Instagram pods” and “Twitter decks”.

In both circuits, small groups of 10 to 20 Influencers pool their follower networks and potential exposure by mutually amplifying each others’ content, either through narratively promoting others in their clan or by systematically liking, retweeting, or commenting on posts by Influencers in their clan, such that their own followers may also see them.

Although Influencer pods and decks are not technically in violation of any platform guidelines, ethically they disrupt the supposedly sacred rule of organically attaining viewer traffic for Influencer content.

It is also difficult for such groups to be traced or exposed, given that it requires a keen eye across several Influencers’ digital estates and active corroboration of content, time stamps, and networks to ascertain that a pod or deck is truly at work.

Not surprisingly, some hawk-eyed social media users have already begun to expose such Influencer groups, calling upon others to boycott them.

This is an extract from Internet Celebrity: Understanding Fame Online by Crystal Abidin (Emerald Publishing, July-2018) available on Amazon and Emerald. 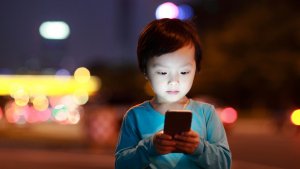 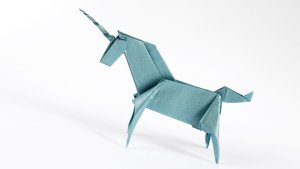 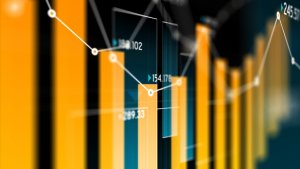