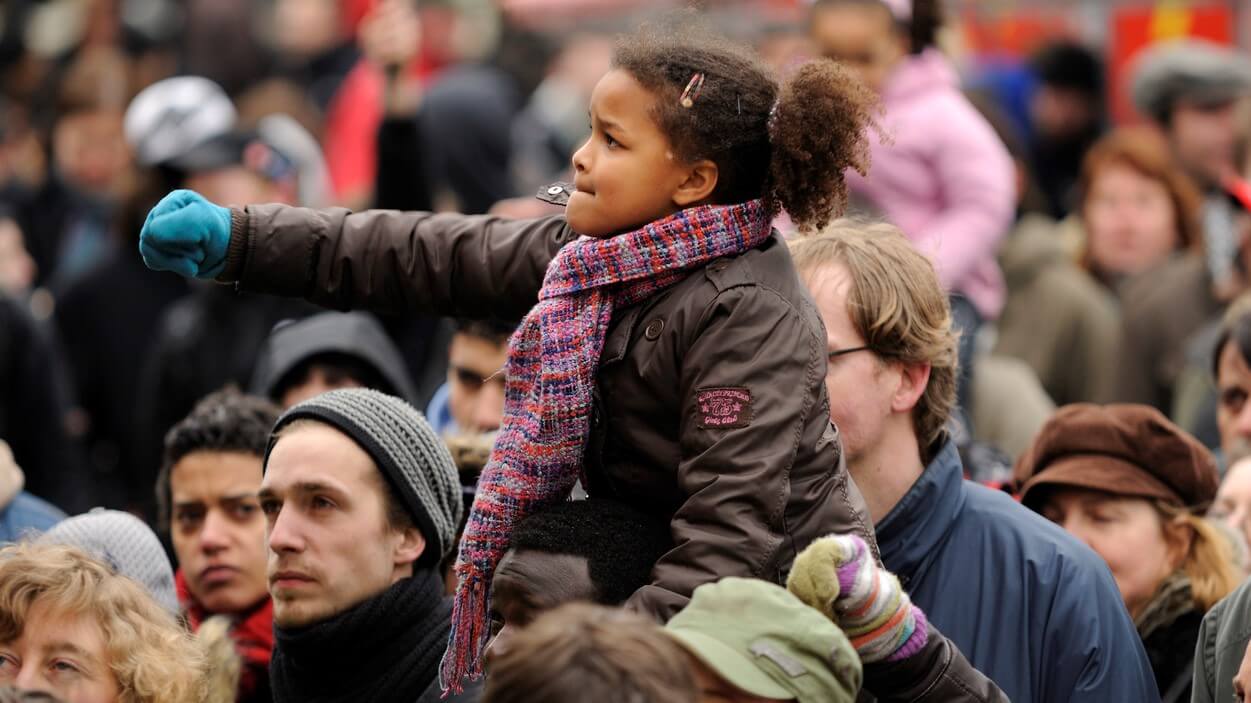 Listening up to a different way of seeing the world is much more than a technique, it needs business leaders to pay attention to their taken-for-granted habits of thinking, which slows things up – and makes people who pride themselves on their speed of execution feel frustrated, even angry.

Activism presents a different challenge than that of the conventional diversity agenda. Take the case of a senior European leader who arrives in Bangladesh to chair a global conference.

On day one she’s amazed and heartened by the visual diversity of whose there, this is a proper international gathering with a rich mix of participants who break all the clichés of ‘pale, male and stale’. This will be difference in action, she thinks.

Day two she realises that nearly everyone has been to the same elite US and European business schools and the conversation follows the usual pattern, working with the same assumptions about what counts. Activists need not apply.

Businesses are very good at listening to what they’re familiar with and what fits with their established economic model – this allows them to move to action and respond quickly to any opportunity or threat.

What they’re not so good at is hearing from people they’re not used to listening to, talking about things they’re not familiar with, using a way of talking that doesn’t work with the received wisdom of their proven business world bubble.

In the research for our new book we found that many people, especially senior leaders, don’t recognise their limitations when it comes to what they hear.

The more senior you are the more you believe you’re a good listener, ignoring or ignorant of how your relative status silences those around you – especially when it involves something that doesn’t fit with your tried and tested view of how the world works.

At the Board and ExCo level we found an astonishing level of confidence, or complacency, where all but 100% reported themselves to be free of bias and prejudice in their listening when it came to gender and ethnicity.

Organizations such as Chapter Zero have appeared in recent months that work with this reality, seeking to create a peer network of senior non-executive Directors who have credibility in the eyes of the established business world AND are willing to bring a more activist point of view onto the Board agenda, in terms of the unfolding climate emergency and the business risks it presents.

In the case of more bottom-up employee activism, businesses can be seen to be adopting a range of responses that reveal the confusion that exists about what fits as part of the corporate agenda.

Historically businesses have seen themselves as apolitical, with employees’ rights as citizens needing to operate outside of working hours, clearly demarcated from any association with their employer (unless it dovetails with the image the company wishes to promote).

Speaking up about anything in the public arena tends to be treated with some caution. In researching for our book hardly anyone was willing to be individually identified for fear of damaging their career in putting forward even the mildest of what might be seen as off-piste by their corporate messaging hierarchy.

This sense of walking on eggshells can also be seen at the organizational level in Pilita Clark’s piece in the FT of the 7th July; she speaks to the anxiety and uncertainty firms have in regard to the proposed mass walk out of employees in the so-called Climate Strike planned for the 20th September, a demand for action to address the climate change crisis.

One firm, Patagonia, has embraced employee activism by explicitly offering to provide bail for any of its workers arrested going about any climate protest work.

Others can be seen to be sitting on the fence, or taking a more calculating view which in turn has its own risks, as seen with the growing backlash within the Pride movement where the motivation of corporate backers is experienced as more about image management than a wholehearted support for LGBTQi equality.

For profit businesses have so firmly embraced Milton Friedman’s ‘shareholder value’ framing of business purpose that more complex, systemic, multi-perspectived points of view have been squeezed out.

One of the most important points we make in our book is that POWER is at the root of who gets heard at work and employee activism is a direct challenge to the those who currently see themselves, or are seen by others, as having power.

In this light, the recent actions of the MP Mark Field to the climate protestor at the Chancellor’s Mansion House speech on 20th June can be seen as the act of someone defending approved social power and authority, silencing those who would dare to upset the dignity of the moment.

In the last thirty to forty years the managerial world has tried to disappear power and hierarchy with the language of the flat organisation and the fait accompli of shareholder value – which has made talking about power difficult, resulting in all sorts of fake behaviours, where people speak as if they’re equals and in harmony with each other when they’re plainly not.

The fear of employee activism gets to the heart of what makes speaking up at work a problem and opportunity.

Beyond the specifics of activism, there is chapter and verse about the importance of creating cultures which encourage people to put forward good ideas and share knowledge of things going on which shouldn’t be.

Yet our research highlights how little this happens in practice and explains why the ‘learning organisation’ remains more myth than reality. Businesses spend a fortune on creating value statements which pay little attention to the intrinsic motivation and values of the individuals they employ.

In our book we imagine two possible futures for the business world, underpinned by the emerging capabilities of technology. One imagines a world of energetic and empowered debate, which will be messy and unmanaged but full of creative energy.

The other sees businesses and politicians doubling down on the model of message control and compliance. How businesses respond to the rise of employee activism will be the litmus test as to which future they are invested in, whatever claims they may make for their corporate culture.

Megan Reitz and John Higgins are the authors of Speak Up. Say what needs to be said and hear what needs to be heard (FT Publishing 2019). Megan is Professor of Dialogue and Leadership at Ashridge Hult Business School and John is Research Partner at Gameshift and The Right Conversation. 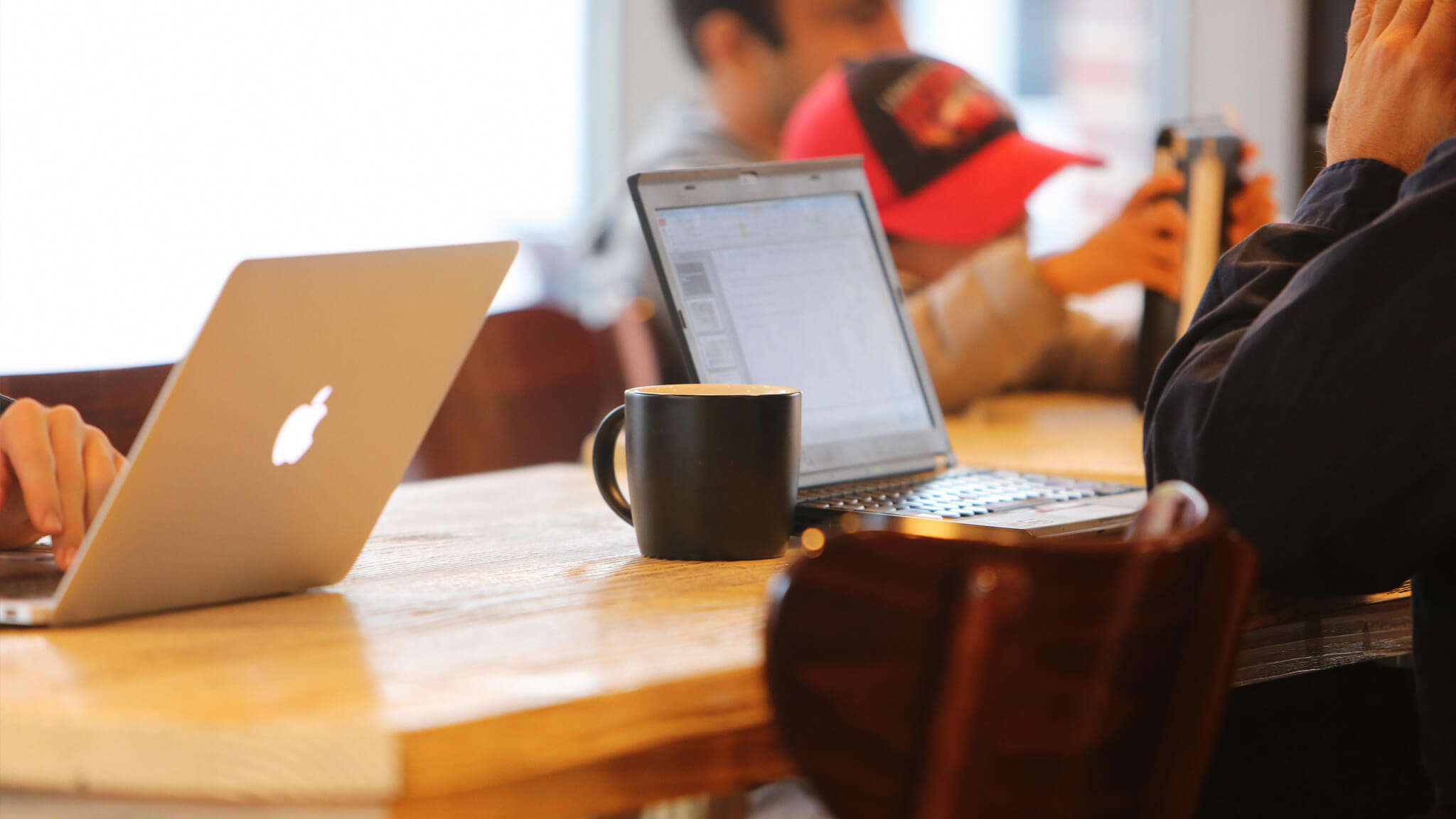