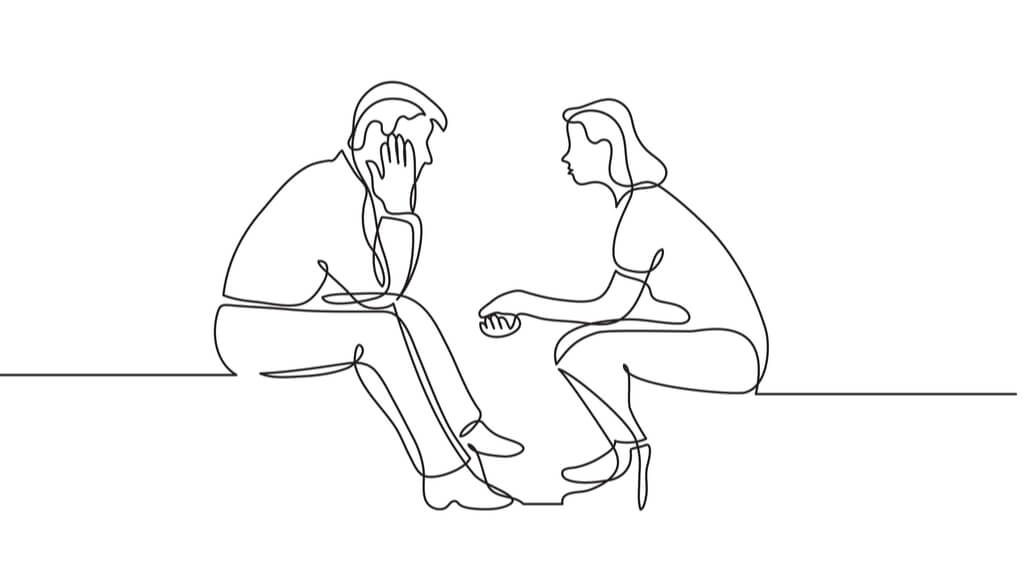 Since the beginning of time, the only way to communicate (other than by sending a messenger with a carrier pigeon) was to do it face to face in the same place. It’s this premise upon which the military’s hierarchical, command-and-control models of organisation were formed.

The top soldier issues a command to the next layer down, who, in turn, take the message, meet with their subordinates, convey their interpretation. So, the messages transmit down and sometimes up the organisation.

Anyone who screwed up was disciplined and, at worst, killed. Presence, hierarchy, command and control – it became the blueprint organisational thinking.

And then came the global pandemic.

After the initial shock, a number of things became apparent. Firstly, leaders and C-suite folks found they could communicate directly with the workforce, using Zoom, Teams and Hangouts as a broadcast mechanism. They could receive questions and feedback in real time and have a real dialogue with people at the coal face.

The C-suite was no longer dependent upon the middle management community for reliably and authentically communicating their message to the troops. And no longer were shop floor frustrations hidden from the C-suite by managers air brushing upward.

Secondly, senior leaders learned that, in many cases, employees felt more engaged by ‘people managers’ who made an effort to talk with them more. They learned that their dressed-down managers were human just like them, with fridge magnets, pets and kids. Power distance was slashed.

Thirdly, senior leaders learned that people, given clarity of direction and enough support, could be trusted to get on with their work without constant monitoring and supervision. You didn’t actually have to see people with their heads down to know they were working.

In the upper echelons of most organisations, there is a quiet battle going on between leaders who have been schooled and successful in the old world and those who have tasted greater freedom, reduced costs, less travel, and other benefits.

The people associated with the past want to return to the cosy world of command and control. The rest want a new balance that gives better outcomes for all. At its heart the issue is about trust because the old models were based on controlling rather than trusting.

Our research into the management of high performing virtual teams shows that trust is a fundamental bedrock of organisational performance for knowledge-based enterprises. Trust is crucial for the cohesion and effectiveness of virtual working, which leads to a psychologically safe environment where people feel comfortable to speak out and be themselves. Organisations risk annihilating that trust if their leaders and people do not evolve the relevant understandings, skills and practices.

There are many dimensions of trust in an enterprise – for example, trust in the organisation itself. Does an employee trust the ability and credentials of the senior leaders to act in their best interests? Do they trust the organisation’s ethics and ability to fulfil them? If not, then employees won’t buy in to the company and commit their energy to their day-to-day responsibilities.

Then there’s trust in one another, which is about belief. Someone who is highly trusted tends to do what they say they’ll do. The quality and reliability of the information they provide colleagues also has a part to play. People who consistently deliver correct, thoughtful and well-researched information will gain others' trust.

This belief is reinforced through colleagues swapping stories and other positive experiences. As organisations welcome their workforce back to the office in one shape or another, there will be a sense of getting through the crisis together. This could add to the sense of camaraderie and togetherness.

None of this is new, of course. It was as true before the pandemic as it will be after. The big question now, however, points towards the impact that people working virtually and spending less time together has on workplace trust. They’ve had to rely on snippets of information from peers on calls, through emails or company communications. The people deemed trustworthy before the pandemic will likely continue to thrive in this virtual world. Others may see their value diminish, as their input is second-guessed or ignored by sceptical colleagues.

People will always have challenges in workload or domestic situations, causing them to miss the occasional meeting or deliver poor-quality work. But highly trusted team members will be given the benefit of the doubt in situations where unreliable colleagues might not receive the same level of trust.

Leaders trusting people to work out of eyeshot

Pre-pandemic many leaders refused to let their people work at home because they didn’t trust them to operate outside the office ‘container’. The pandemic taught them that for the most part people could be trusted. But trust is a slippery fish. So, what exactly do we mean when we say that we trust someone?

In my view, leaders conflate two different components of trust. The first is competence for which the key question is: ‘Is this employee competent enough to carry out the tasks associated with their role remotely using technology and infrastructure?’ The second component is reliability. The key question here is: ‘Does this employee do what he /she says they will do out of the constant eyeshot of colleagues?’

If you want to test this, draw a simple Boston Box with ‘Reliability’ down one axis and ‘Competence’ down the other with a high / low scale on both. Now consider every employee and put them into the box. If you have people you think are reliable but not so competent, there’s a development issue that can be worked on.

If you have people that are low on reliability, you have an un-managed performance issue which needs to be tackled. Managing your own trustworthiness is a key issue for the employee if they are to be trusted post pandemic to work away from the office for a decent chunk of their time.

Maintaining cognition-based trust enhances collaboration on team tasks because trust in one another’s skills and competencies leads to confidence. On the other hand, nurturing affect-based trust creates an environment in which colleagues feel safe to share ideas and sensitive information.

Don’t leave it to chance

Hybrid work isn’t simply about telling your employees that they can work from home for two to three days a week. That’s looking at the challenge through the wrong end of the telescope.

The right approach is to build consensus around a series of guiding principles designed to support leaders in having meaningful conversations with their teams to broker new agreements of how employees will work together.

By taking this approach, organisations can develop new work models that balance the needs of individuals with the broader business priorities.