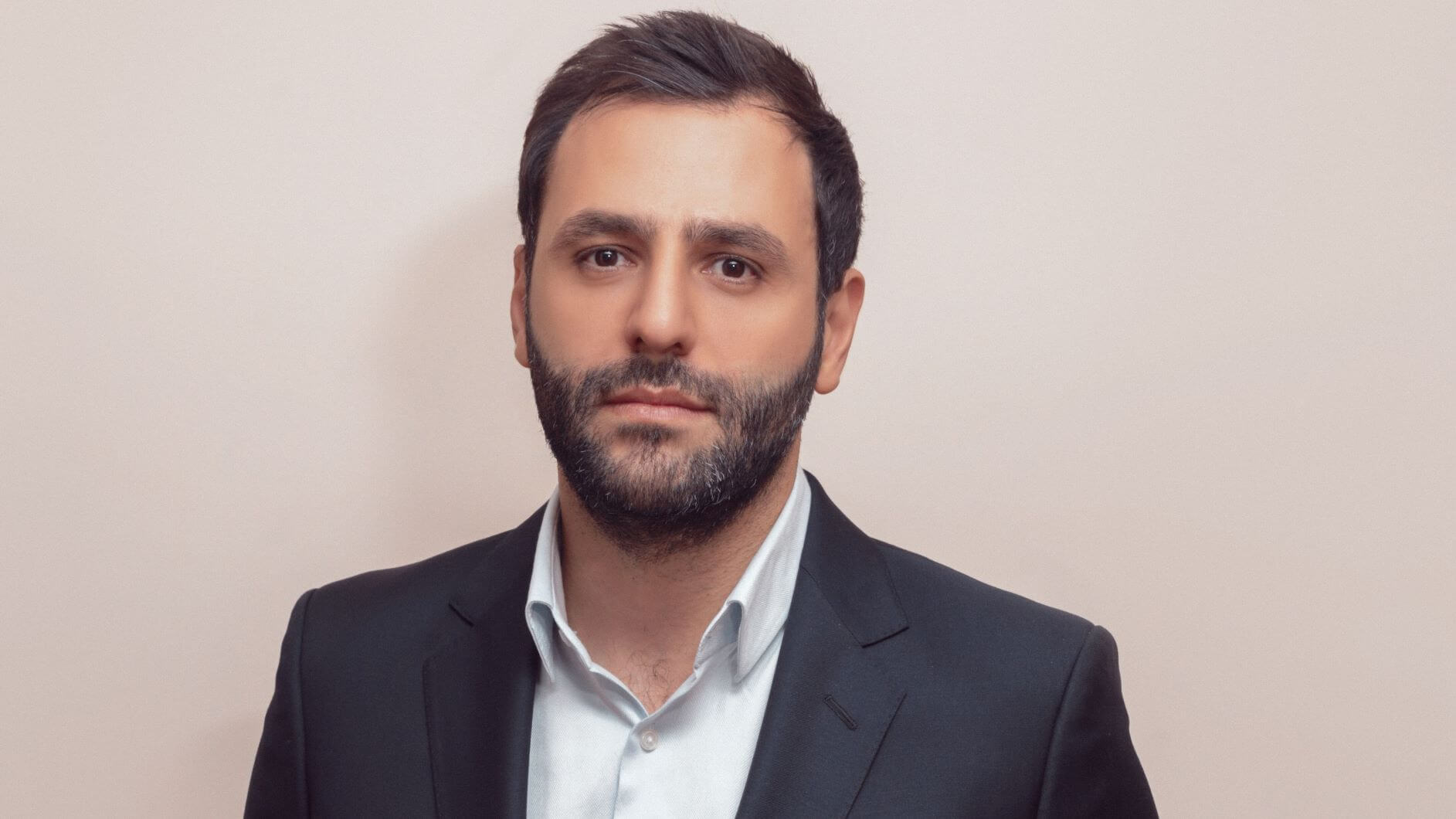 Dr Sina Habibi, CEO Cognetivity Neurosciences, explains how personal circumstances led to a wake up call on how dementia is diagnosed and managed across the world. Finding the current system inadequate, he and co-founder Dr Tom Sawyer developed a system that could dramatically improve treatment.

1. What’s the business in a nutshell?

Founded in 2013, Cognetivity is a neurosciences firm that has set out to redefine dementia detection, and to provide a platform for highly sensitive measurement of cognitive function. We have developed a diagnostic tool, which runs on an Apple iPad and which consists of a five-minute test based on a “rapid image categorisation” task.

The sensitivity of this test, combined with the use of artificial intelligence to look for patterns in the data allows for rapid and reliable measurement of cognitive function. Patients can take the test unsupervised, without the need for expensive clinician time to administer.

This  five-minute Integrated Cognitive Assessment (ICA) tool looks for the earliest signs of impairment, before the onset of traditionally measurable symptoms, by testing the performance of large areas of the brain.

The use of this to detect the earliest signs of conditions like dementia can allow sufferers to start treatment much earlier in the disease’s progression than generally possible currently, leading to better patient outcomes and reduced cost of treatment over the patient’s lifetime.

It can also be used for remote monitoring of the progression of diseases and measuring the effectiveness of treatments.

After my grandmother was diagnosed with dementia, I did some research into dementia and soon found that there is a global problem with the condition.

Not only are the number of patients growing, half of those with dementia in the UK and US never receive a formal diagnosis. And those that do receive a diagnosis it receive so late that their options for treatment and planning are limited.

The dementia tests that are used at the moment are very, very crude. In some cases, doctors don’t even use pen and paper tests to make referrals; they rely on asking the patient if their memory is good enough.

So by the time the patient has problems remembering their children’s names, it’s probably too late to do any interventions and then the problem becomes very expensive for healthcare systems.

3. How did the business develop?

Cognetivity was formed in 2013, and was based on original research carried out at the University of Cambridge by one of the founders, Seyed Khaligh-Razavi. Dr Khaligh-Razavi is a computational neuroscientist and his research was originally looking into how the human brain is able to process extremely complex visual information in a very short period of time, and how to measure this effectively.

From this research the idea that this approach would be a highly effective way of measuring changes in cognitive performance associated with disease came about, and original design of Cognetivity’s ICA test was developed from these principles.

The initial funding for the company came from winning a technology entrepreneurship competition in Cambridge. Since then there was a seed financing round that helped to complete some early validation studies and to develop the core test engine, but the company had its first major financing at the end of 2017, raising c $4m. 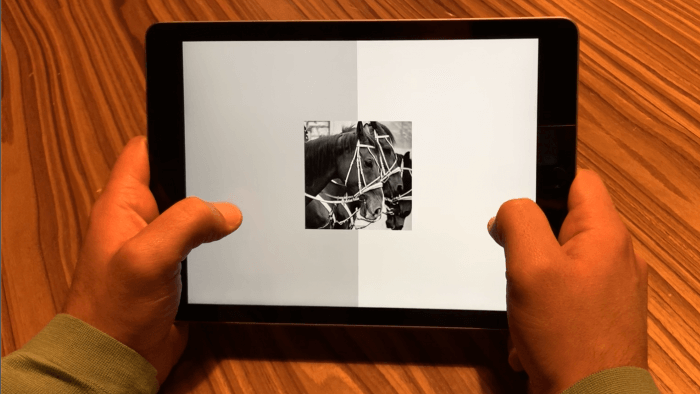 4. Tell us about market conditions.

Market conditions in the healthcare sector over the last couple of years have been generally good from a macro perspective, and there has been a growing realisation of the potential for medical technology to improve both patient outcomes and healthcare system efficiency.

In terms of market acceptance for software as a medical device (SaMD), the idea that medical devices are not necessarily machines with wires and flashing lights has gained acceptance over the last few years, which has helped with the challenges for capital raising, which was not so easy in the early stages of the company.

But overall, healthcare systems are moving towards adoption of technologies which lead to better outcomes, which greatly helps market conditions for small, innovative companies like ours, with scalable solutions that can help millions of people.

5. What’s been the biggest challenge?

By reaching out to major thought leaders in this area, we have found exactly what trials to run to gain the exact data required, and have had advice on how best to design our solution.

6. What has been your biggest mistake?

Without wishing to tempt fate, I think that we have mercifully been able to avoid any major mis-steps to date, although we are aware that there are many challenges to come in any company’s life.

There are always things that you could do better, and activities like financing always seem to take longer and cause more distraction than you’d really like, but overall we try to keep our eyes open and trust in the core science and our values, and hope that we can avoid major pitfalls along the way!

7. What major bumps in the road have you had and how did you overcome them?

A major issue until more recently had been convincing people in healthcare and importantly investment that we are a diagnostic company that is producing a device that can detect the earliest signs of dementia, but that our device is software delivered through an iPad.

If you say you are developing a medical device people generally think that you are going to produce a large grey box with flashing lights and lots of cables, but if you are creating software it can’t be a serious medical device.

It took a long time to break through those expectations, but now the idea of software as a medical device (SaMD) is much more accepted amongst industry experts and analysts and the possibilities for our platform to help huge numbers of people is much easier to communicate.

8. What sets your business apart from the rest and how have you nurtured this point of difference?

There are other companies that have developed electronic tests for the detection of cognitive impairment, with these tests generally being based on digital versions of existing pen and paper tests and memory tasks, usually developed as a battery of small tests within, usually taking much longer than 5 minutes that it takes for the ICA to be completed.

We believe that our test is a separate and potentially complementary platform, which measures something quite different to any other test and, with the use of AI, has the potential to be a very sensitive measure of cognition that uses an entirely different technique to test.

Importantly, our test’s characteristics, in that the test is quick, sensitive, independent of language, culture and education, and that it can be integrated into current electronic health record systems, lend itself very well to solving specific and critical problems within healthcare systems by fitting neatly into existing pathways and potentially improving both the outcomes for patients and the costs of care to the system over the lifetime of sufferers.

What we are doing at the moment is completing clinical validation studies, demonstrating to the health regulating authorities that it is a valid clinical tool. This is quite an important strategic point for us because there are a ton of apps out there claiming to do X, Y and Z, so we need to differentiate our test with the proper validation. 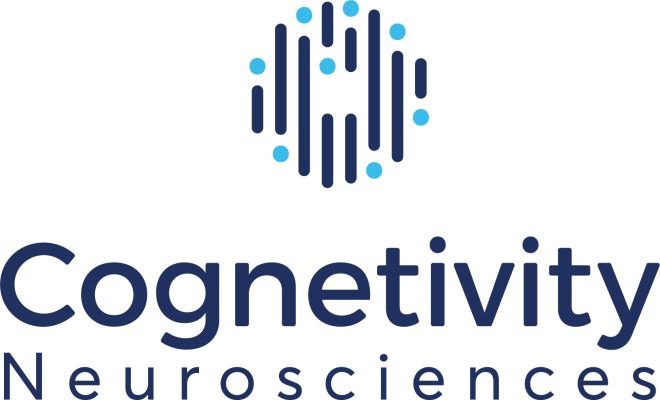 9. How do you attract and retain good people?

We are lucky enough to have a truly exceptional and highly motivated team here at Cognetivity, and we have always found that when we communicate what we are doing, its potential to make a difference and our values to potential new team members they quickly “get it” and bring incredible enthusiasm and dedication to the project.

We find people initially through our networks at places like Cambridge University and in London, or through people getting in touch because they are interested in our work. It’s a really exciting and rewarding environment to work in and thankfully all our colleagues have been really bought in to our objectives and vision for the company.

Keep at it! If you have a great idea that you truly believe in then go for it, be prepared for a long haul, but don’t expect it to be easy - if it was everyone would be doing it! Everyone who made anything significant had a long journey with many setback and only the tough survive.

Also make sure to seek out and listen to other thoughts from people that you trust; even if feedback seems negative you can use this to make your proposition stronger, and honest input can help you to find things you may have missed or not thought of.

And, importantly, make sure you understand your customers from the earliest stages, what problems they really have and what motivates their decision making. Don’t make assumptions, find out!

Something along the lines of the CEO Secrets Interview for BBC: “Know your customer from the start.” 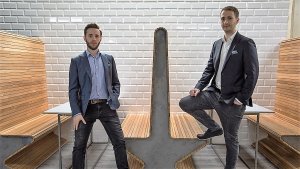 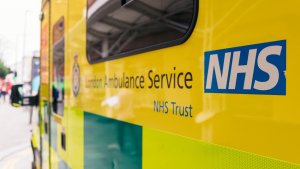 Wellness Is Not An NHS Issue