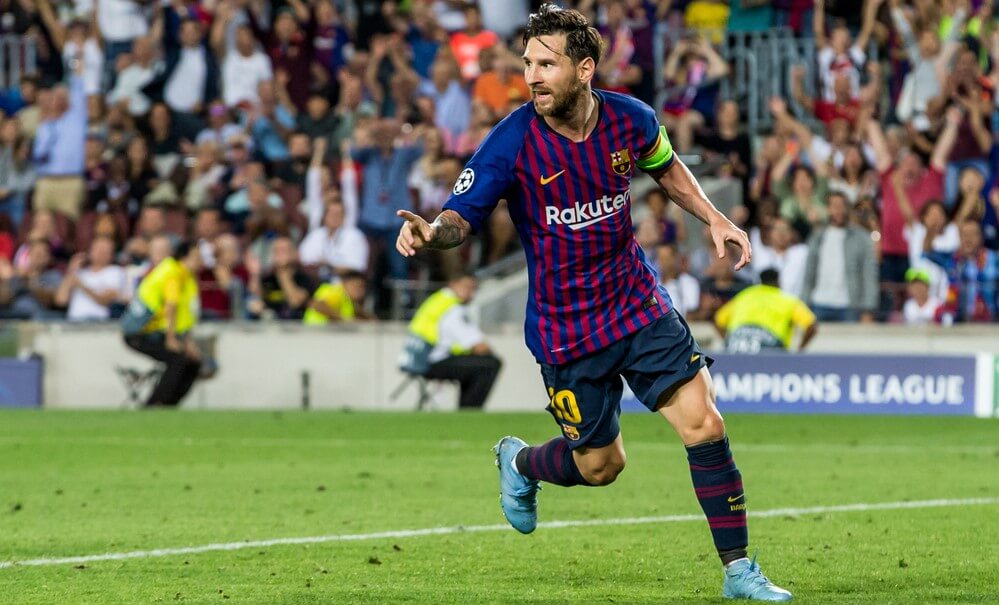 Messi was too small, George Best was too light and Roy Keane had been turned down for a trial by most English football clubs before he was spotted playing for Cobh Ramblers in Cork.

It is hard to imagine that they almost missed out on becoming professional footballers, just because they didn’t meet the stereotypical physical criteria of their day. Fortunately, they persevered and ended up meeting recruiters who saw their talent and gave them a chance.

How many other exceptional sporting talents are missed by scouts today or unable to showcase their skills at the right moment? Do we have any idea how much potential is never seen, let alone turned down like Messi, Best and Keane?

Athletes of all stripes, not just football, can struggle to get on the recruiters’ radar and scouts can be overwhelmed by the amount of talent to spot across the globe. The opportunities for detection decrease when we move away from Western countries to focus on African or South American talent; two continents on which sport is king, and a means of escape.

I experienced this experience myself during a stay in Abidjan, a city on the southern Atlantic coast of Côte d'Ivoire, in West Africa. While jogging, I came across a group of young footballers who, with sandals on their feet, were playing on a field that looked more like a potato field than Wembley Stadium.

I joined them for a little game, in which we lost 10-0! The opposing team had a young player who scored eight goals, but who had never set foot in a training centre.

He clearly had a raw talent, but is unlikely ever to be spotted due to a lack of resources and visibility. This young player probably had the talent to build a better future for himself, but had no access to traditional talent spotting channels. It made me wonder how we could make the process less random for athletes like this?

This was the inspiration for WeSportUs. We’re planning to disrupt the scouting system and use the wisdom of the crowd, of the fans, to improve the chances of sporting talent globally. A sporting social network could decentralise the current unfair system, making it fairer and more equitable.

It’s a process which is already taking shape in the music industry where they talk about the ‘movement’ of previously unidentified musical talent.

A&R scouts use their ears at gigs, but combine these with analytics that show whether a band has a following and what their streaming numbers look like. If a band has a rising number of fans, likes and activity, it’s known as ‘movement’ and the band is seen as a better bet for signing.

We are applying the idea of ‘movement’ to a sporting social network. Talent can showcase their technical skills and create a following. Sporting scouts, like their A&R counterparts in the music business, can look for ‘movement’, see which athletes are performing well in sporting and social terms. This could cut down the hundreds of hours of video, live matches and data points they’re analysing.

In a step further, fan activity could even lead to small-scale sponsorship; getting the right shoes to a barefoot player or buying access to a training ground for raw talent, for example.

Fans could become patrons who spot and support talent in the early stages. Today’s Roy Keane of the Cobh Ramblers would have a global platform on which to demonstrate his skills and, more receive support from fans, sponsors and patrons.

It’s new technologies like blockchain that can give this access to the athletes and influence to the fans. We think blockchain could help collective intelligence take precedence over individual knowledge.

It can overcome the shortcomings of the current system by decentralising the detection of talent through a democratic and meritocratic principle. The idea is that the more potential detectors there are, capable of identifying real talent, the greater the audience the talent will have, and the more likely the athlete will be developed.

A blockchain/social network mix could place technology at the service of the people. It could create value and promote equal opportunities through five fundamental values: transparency, traceability, equal opportunity, alignment of interests and connecting the community.

Fan involvement will also bring their passion and sense of fair play back to the heart of the global sports community. Social networks can then take on their full meaning and we can move from a narcissistic vision to a holistic approach, taking on the role of revealing talent and creating a meritocracy.

By integrating blockchain and social network technology we can create a world where every sportsperson from the four corners of the earth has the same chance; whatever the distance, whatever their means, location, age or size.

We think he combination of blockchain, a social network and raw talent could disrupt the sports scouting system. Ultimately it could allow for athletes and fans to be rewarded.

Imagine that you are the one who finds and develops this talent, perhaps for a Cobh side in Ireland, and that you could be paid for your participation?

We think talent and fans are at the heart of identifying the sporting champions of tomorrow. Everyone should have a sporting chance in the scouting business.

Latif Adéothy is founder of WeSportUs and a former French track and field champion. 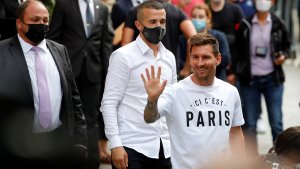