Also, BlackBerry and Baidu will work together to integrate Baidu’s CarLife, the leading smartphone integration software for connected cars in China, as well as its conversational AI system DuerOS, and high definition maps to run on the BlackBerry QNX Car (Infotainment) Platform.

“BlackBerry QNX has established itself as the OS platform for safety-certified production-based systems,” said Li Zhenyu, general manager of Intelligent Driving Group, Baidu. “We aim to provide automakers with a clear and fast path to fully autonomous vehicle production, with safety and security as top priorities.

"By integrating the BlackBerry QNX OS with the Apollo platform, we will enable carmakers to leap from prototype to production systems. Together, we will work toward a technological and commercial ecosystem for autonomous driving, intelligent connectivity, and intelligent traffic systems.”

“Baidu has made tremendous strides in Artificial Intelligence and deep learning. These advancements paired with their high-definition maps and BlackBerry’s safety-critical embedded software and expertise in security will be crucial ingredients for autonomous vehicles.”

Apollo is an open platform that provides a cloud services solution, an open software stack, and reference hardware and vehicle platforms. It supports major features and functions of an autonomous vehicle.

Apollo has attracted over 70 global partners, including OEMs, Tier 1 suppliers, developer platforms, and technology start-ups. The project was named after the historic lunar landing programme to illustrate its scale and complexity.

BlackBerry currently provides OEMs around the world with cybersecurity technology to protect and mitigate, hardware, software, applications and end-to-end systems from cyberattacks. 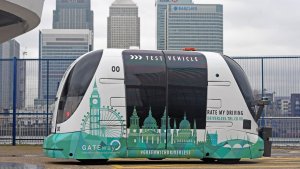 Autonomous Vehicle Industry Standards To Be Agreed In New Scheme 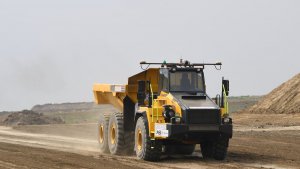 Self-Driving Dumper Truck Trialled In Bid To Speed Up Roadworks 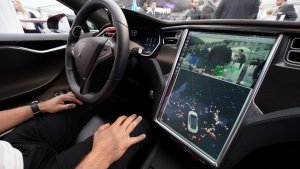