Women working from home because of the virus crisis have been told by bosses to dress “sexier” and wear make-up for video calls, new research suggests.

More than one in three women have experienced at least one sexist workplace demand since the lockdown started in March, said employment law firm Slater and Gordon.

The most common ways bosses justified lurid comments about dress included saying it would “help to win new business”, it is important to “look nicer for the team”, and “it would be more pleasing to a client”, according to the study.

The law firm said it had hoped there would be a dramatic decline in reports of sexist behaviour as offices closed down, but that sexism had instead found “new and insidious” ways to thrive online.

Around two out of five women said demands were targeted at them or other women in their teams, rather than equally with male employees, leaving them feeling “objectified, demoralised and self-conscious” about their appearance.

Most women told to dress more provocatively did not report their boss to their human resources (HR) department, and one in four actually agreed to change the way they looked for fear of a negative impact on their career.

Slater and Gordon employment lawyer Danielle Parsons said: “It is categorically wrong for a manager or anyone in a position of power to suggest, even politely, for a woman to be more sexually appealing in the workplace.

“This is a powerful form of coercion which makes women feel as if they must adhere to the manager’s request and be more visually pleasing to be successful at their job. This is demeaning to women.

“It’s extremely disappointing that we are still having these conversations, particularly during this time when women are juggling a multitude of roles from home, and may be also struggling with childcare responsibilities. This type of archaic behaviour has no place in the modern working world.

“Requests of this nature are discrimination and unlawful where male counterparts aren’t treated in this way, or where such unwanted requests create a humiliating or degrading environment for women.”

One in three women surveyed said they were asked to wear more make-up or work on their hair, and almost as many were asked to dress more sexily or provocatively.

Slater and Gordon urged women to report any demands to change their appearance to their HR department, or seek legal advice.

The company surveyed 2,000 men and women.

Sue Harris, legal director of the GMB union, said: “The way women are treated in our society is absolutely reflected in the findings of this poll.

“Nobody ever considers what a man looks like or suggests he change appearance for the purposes of a team call.”

TUC general secretary Frances O’Grady said: “Sexism and harassment at work has a huge impact on women’s lives, even during a pandemic.

“Trade union reps can help members who experience it, but we need better laws to stop it happening in the first place.

“Ministers should strengthen the law by giving employers a legal duty to prevent sexual harassment at work. This would help put an end to toxic workplaces where sexism and harassment are an everyday experience for women.”

Unite national officer for equalities Siobhan Endean said: “This research is sadly reflective of the fact that far too many women still face sexism at work in today’s society.

“It may be that during the coronavirus lockdown, those who hold these repugnant and outdated views have been emboldened to express them more openly because they can hide behind a computer screen.

“Unfortunately, many women who are subject to this kind of unacceptable behaviour are worried to speak out because of the impact it may have on their job.” 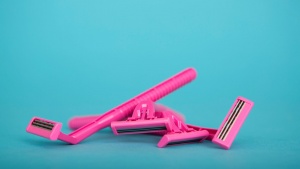 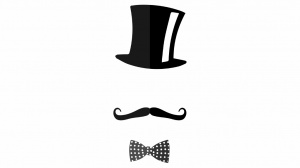