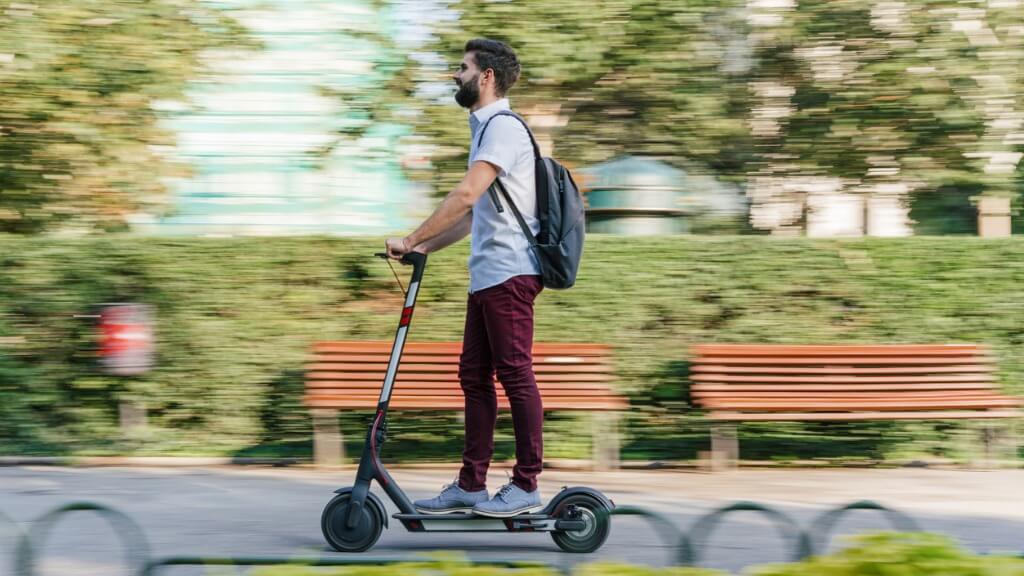 Journey times in the UK’s most gridlocked cities could be cut if electric scooters are legalised, new research suggests.

With an average speed of 12mph, electric scooters and bikes could complete short journeys quicker than vehicles in London, Manchester, Glasgow and Sheffield, according to traffic information supplier Inrix.

The report also found that journeys in Birmingham could be equally fast if people made the switch.

Researchers evaluated trillions of pieces of data from connected devices such as cars, mobile phones and road sensors.

They found that more than two-thirds of car journeys in congested urban areas are less than three miles (4.8km).

Cities could “reap significant benefits” if a fraction of these were replaced with scooter and bike trips, Inrix said.

The firm calculated that UK drivers lost an average of 178 hours stuck in traffic in 2018.

Electric scooters are banned from UK roads and pavements, leading to a protest outside Downing Street last month.

In March, the Department for Transport launched a review of legislation to accommodate changes in the way people and goods move, which could lead to electric scooters being legalised for road use.

YouTube star and TV presenter Emily Hartridge, 35, became the first person in the UK to be killed while riding an electric scooter when she was struck by a lorry in Battersea, south London, on July 12.

Inrix identified Manchester as being the UK city which could benefit most from the growth of mobility services, with electric scooters, electric bikes and shared bikes having the potential to reduce journey times for 69% of trips currently made by car.

But a spate of thefts and vandalism led to Chinese bike hire firm Mobike pulling out of the city in September last year.

Bikes were thrown in waterways, set on fire or left hanging from railings, while others had their locks smashed.

Report author and Inrix transportation analyst Trevor Reed warned that existing legislation and public awareness “does not do enough to encourage micromobility”.

He said: “The Government should review options to legalise e-scooters and assess the current opportunities to increase road safety for all users.

“Simultaneously, it’s essential the wide-ranging benefits of micromobility and the cost of vandalism are clearly communicated to the public to ensure the technology is used sustainably.

“We urge authorities to use more data-based decision making to ensure the smart deployment of these services.”