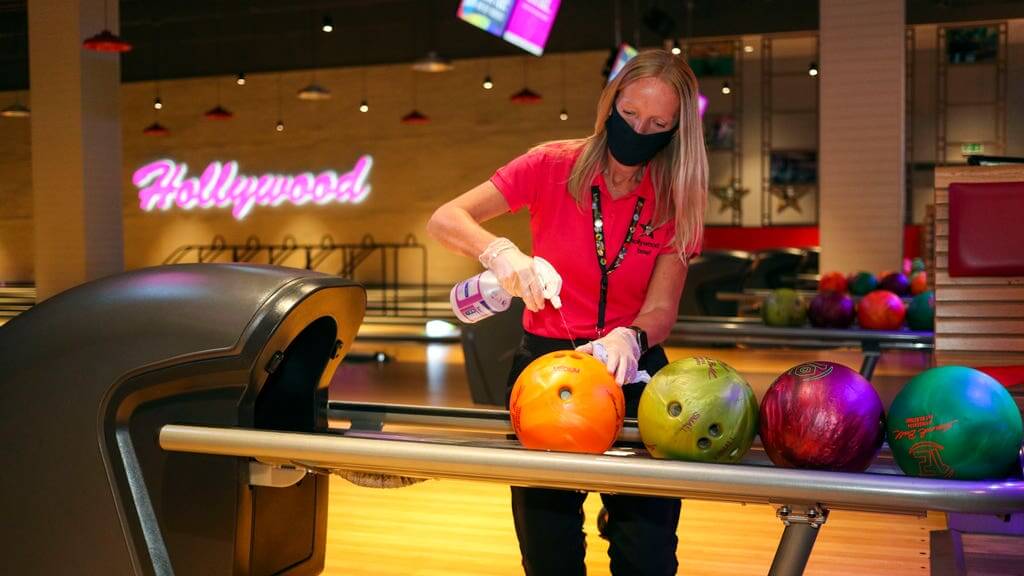 Ten-pin bowling chain Hollywood Bowl sank to a £14.5 million pre-tax loss in the six months to the end of March as its lanes were closed for 75% of the time due to the most recent Covid-19 restrictions, the company has revealed.

Bosses said revenues during the period also fell from £69.2 million to just £12 million but that they remain hopeful of a swift recovery as its centres in England reopen on Monday for the first time this year.

During the brief spell lanes were opened in October, average customer spend was in line with pre-Covid levels of £10.16 per game – compared with £10.29 previously.

Sites are reopening in England and all lanes will be available with seating dividers and extra cleaning, the company added.

But the extent of the Covid lockdowns has taken its toll, with trading only able to take place for 11 weeks of the 60 since the pandemic first struck.

Bosses remained hopeful of a swift recovery as restrictions eased, however, with ambitions to open between 14 and 18 new centres by 2024.

These include signing up two new centres – a Hollywood Bowl in Birmingham and a golfing Puttstars site in Harrow.

During the period two refurbishments took place in Stevenage and Basildon, and a further three are planned in Glasgow Quay, Cheltenham and Glasgow Coatbridge.

The lockdown saw negotiations taking place with landlords, including £2.1 million written off in rent and a further £2.5 million deferred in the period – culminating in total rent of £3.6 million paid in the six months.

The company took advantage of the furlough scheme and also ensured staff salaries were topped up to at least 70% of take-home pay, while management took a pay cut too.

Chief executive Stephen Burns said: “We are emerging from this challenging year of continuous lockdowns in a strong position to capitalise on the opportunities to invest in and significantly grow our portfolio of ten-pin bowling and mini-golf centres in prime locations and are pleased to be starting construction on three new centres later this year.

“The considerable demand we saw from customers when we reopened after the first lockdown and the strength of our pre-bookings for May gives us confidence that we can recover to pre-pandemic performance levels as families flock back for fun, celebrations and affordable activities.”