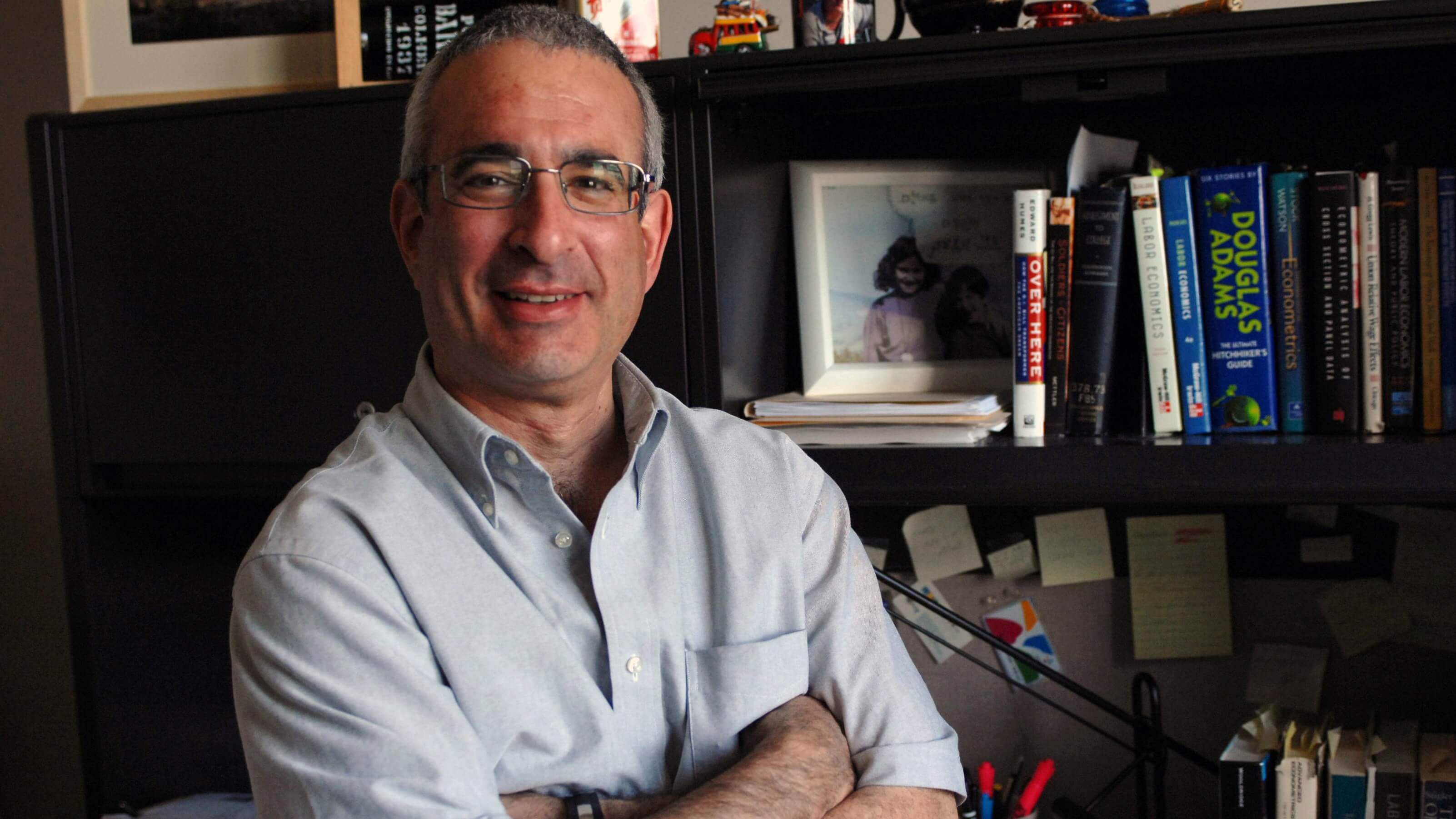 Unlike in medicine or other sciences, economists cannot conduct rigidly controlled clinical trials. Instead, natural experiments use real-life situations to study impacts on the world, an approach that has spread to other social sciences.

"Their research has substantially improved our ability to answer key causal questions, which has been of great benefit to society," says Peter Fredriksson, chair of the Economic Sciences Prize Committee.

Past Nobel Economics prizes have been dominated by U.S. institutions and this was no exception. Canada-born Card currently works at the University of California, Berkeley; Angrist, a dual U.S. and Israeli citizen, at Massachusetts Institute of Technology; and Dutch-born Imbens at Stanford University.

One experiment by Card on the impact on the fast-food sector of a minimum wage increase in the U.S. state of New Jersey in the early 1990s upended conventional wisdom in economics that such increases should always lead to job losses.

His work on the topic, often in collaboration with prominent economist, Alan Krueger, who died in 2019, has been used as empirical evidence to push for legislation, including by the Biden administration, for a $15 minimum wage in the United States.

Another studied the impact of a move by Fidel Castro in 1980 to allow all Cubans who wished to leave the country to do so. Despite high ensuing migration to Miami, Card found no negative wage or labour effects for Miami residents with low levels of education.

"It's about trying to get more scientific tie-in and evidence-based analysis in economics," Card, who initially thought his friends were playing a practical joke when he got the call from Sweden, told Berkeley's website. "Most old-fashioned economists are very theoretical, but these days, a large fraction of economics is really very nuts-and-bolts."

Nobel panelist Eva Mörk said this year's laureates showed "it is still possible to answer these broad questions about cause and effects and the way to do that is to use natural experiments".

Mörk, economics professor at Uppsala University, noted that the pandemic had created scope for a good natural experiment on education outcomes due to the varying disruption caused to children in different school years but whose birth times in some cases were only separated by hours.

The committee noted that natural experiments were difficult to interpret, but that Angrist and Imbens had, in the mid-1990s, solved methodological problems to show that precise conclusions about cause and effect could be drawn from them.

"I was just absolutely stunned to get a telephone call, then I was just absolutely thrilled to hear the news," Imbens said on a call with reporters in Stockholm, adding he was delighted to share the prize with two of his good friends. Angrist was best man at his wedding.

The prize, formally known as the Sveriges Riksbank Prize in Economic Sciences in Memory of Alfred Nobel, is the last of this year's crop of Nobels and sees the winners share a sum of 10 million Swedish crowns ($1.14 million).

The prestigious prizes for achievements in science, literature and peace were created and funded in the will of Swedish dynamite inventor and wealthy businessman Alfred Nobel.

They have been awarded since 1901, though the economics prize - created through a donation from Sweden's central bank on its 300th anniversary - is a later addition that was first handed out in 1969.

While the economics award has tended to live in the shadow of the often already famous winners of the prizes for peace and literature, laureates over the years include a number of hugely influential economists, such as the Austrian-British Friedrich August von Hayek and American Milton Friedman.

(Reporting by Niklas Pollard and Simon Johnson in Stockholm and Mark John in London; additional reporting by Johan Ahlander in Stockholm, Terje Solsvik in Oslo, Lindsay Dunsmuir in Edinburgh and Peter Szekely in New York; Editing by Alex Richardson)