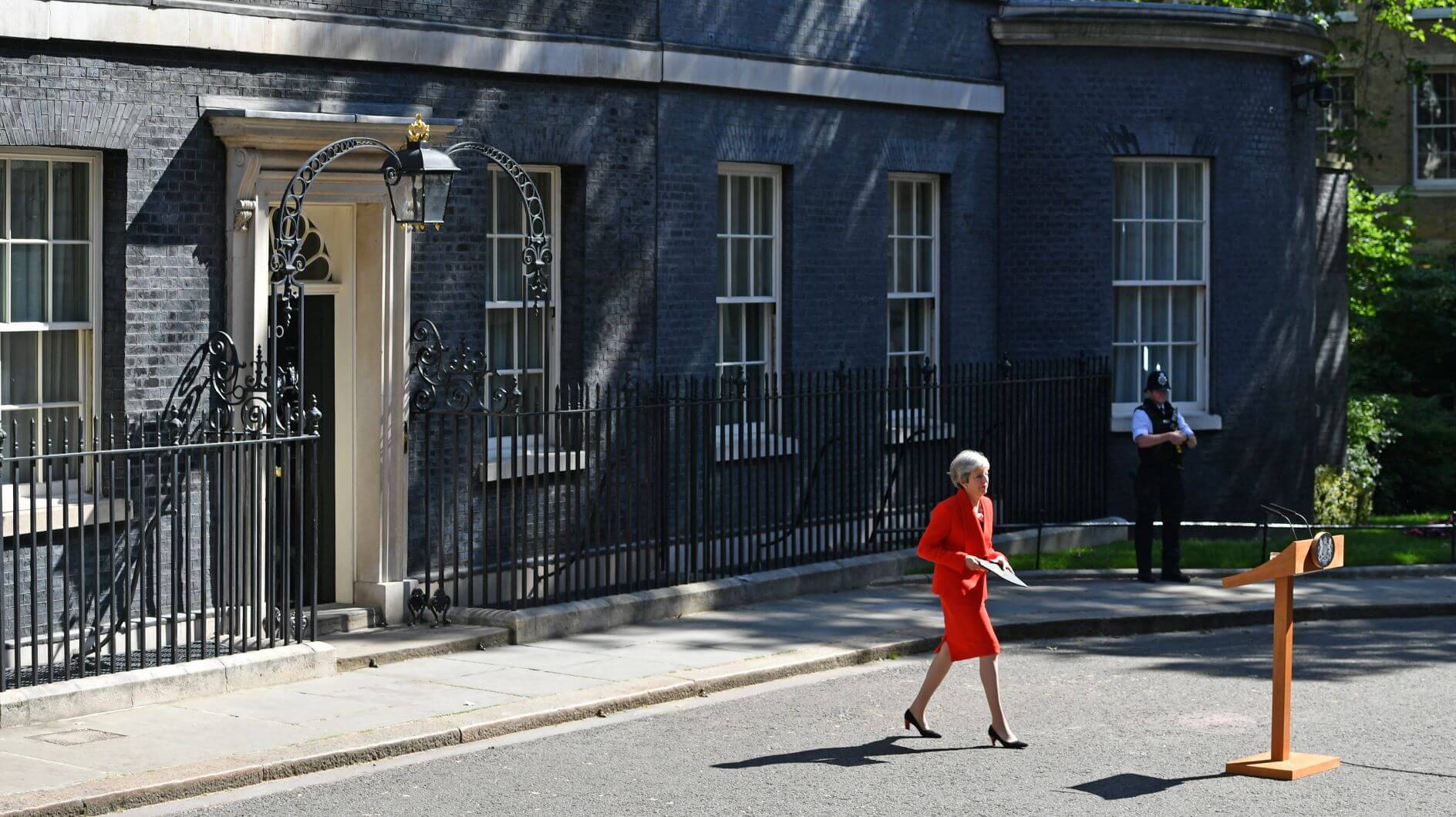 Theresa May’s turbulent leadership of the Conservative Party will end on June 7, paving the way for a new prime minister to lead the Brexit process.

A tearful Prime Minister said she had “done my best” to get her Withdrawal Agreement through Parliament and take the UK out of the European Union but acknowledged she had failed.

“It is and will always remain a matter of deep regret to me that I have not been able to deliver Brexit,” she said in Downing Street.

Watched by husband Philip and her closest aides, an emotional Mrs May said it was in the “best interests of the country for a new prime minister to lead that effort”.

Announcing her departure from a job she loved, Mrs May said: “I am today announcing that I will resign as leader of the Conservative and Unionist Party on Friday 7th June so that a successor can be chosen.”

Concluding her resignation statement, Mrs May broke down as she said it had been “the honour of my life” to serve “the country that I love”.

Earlier, in a sign that the leadership race to replace Mrs May is already under way, Helen Grant quit as Conservative vice chair for communities to “actively and openly” support Dominic Raab.

She quit her Tory party role to avoid any “perception of a conflict” between Mr Raab’s campaign and Conservative HQ”.

Ms Grant said the former Brexit secretary “has an inspiring vision for a fairer Britain and I think he is undoubtedly the best person to unite the Conservative Party and our country”.