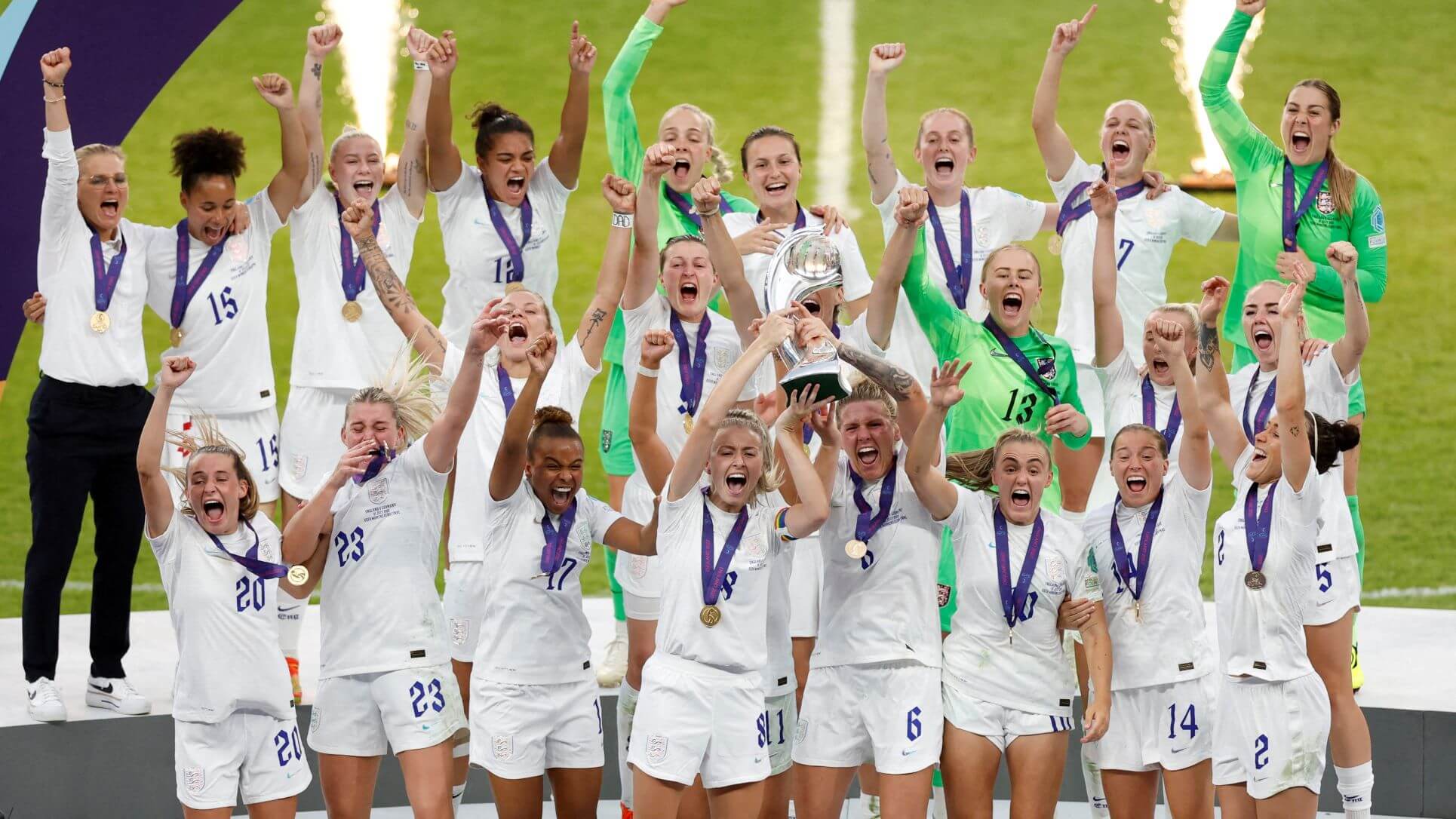 Weekly sales of women's soccer gear have tripled since the start of the women's European Championship that ended Sunday with an historic England win, according to retailer Fanatics Inc, which sold official merchandise for the tournament.

The spike in sales demonstrates the growing appeal of the women's sportswear market, as social barriers are broken and participation levels increase. The previous England senior team success was the men's side winning the World Cup in 1966, at a time when women's football was banned in the country.

An extra-time goal from England's Chloe Kelly secured a 2-1 win over Germany at London's Wembley stadium on Sunday in front of nearly 90,000 fans, an attendance record for any UEFA tournament, including the men's games. The final also had a peak television audience of 17.4 million people on the BBC, the highest UK audience for a women's match.

In the hour after England won the match, sales of merchandise - from jerseys to scarves and mugs - spiked nearly 17%, Fanatics told Reuters. The company, which is the world's biggest licensed sports merchandise retailer, operates the official online England Store and works with brands like Nike and Adidas.

"More women's merchandise was sold in just four hours following the final whistle than in the seven days leading up to the final," Jack Boyle, Fanatics' global co-head of direct-to-consumer sales, told Reuters. 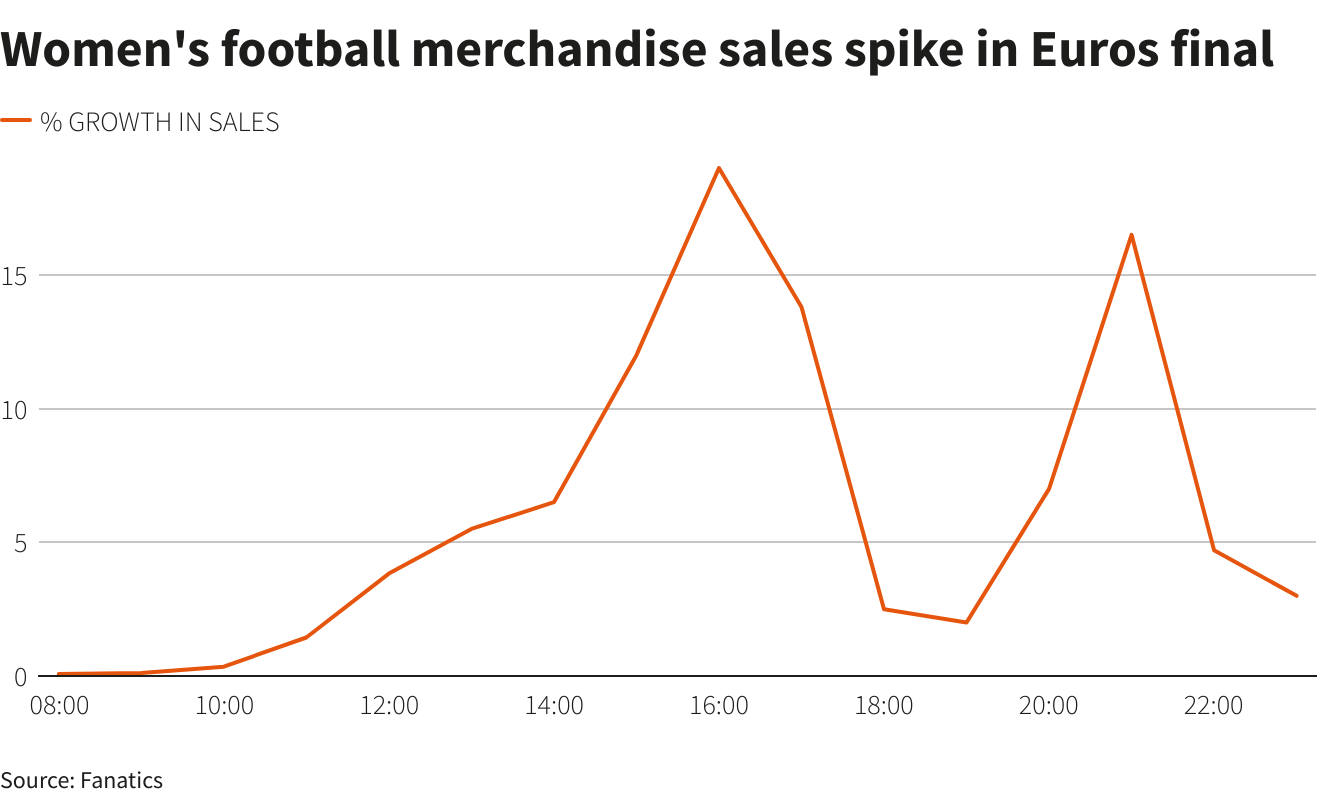 Brands and sports retailers from Nike and Adidas to U.S. chain Dick's Sporting Goods have been actively making more room in their inventories and aisles for women's gear and merchandise.

Adidas' head of global brands, Brian Grevy, counts "sales growth of the Women's business" among his personal bonus criteria, according to the company's 2021 annual report. The company is trying to grow currency-neutral net sales for its women's business at a mid-teens percentage rate every year on average between 2021-2025.

"In the past two or three years, we've seen more of an investment from Nike and Adidas, especially in women's soccer - so as they're putting their dollars behind the sport, it's benefiting them," said Jessica Ramirez, an analyst at brokerage J Hali and Associates.

"It could be worth four or five times what it is today, but I hate to put a cap on it because I think it's unlimited," Boyle said. Last year, global sales of Fanatics' women's sports merchandise was up 28%. "I think we're in the right place to capitalise on the momentum," he added.