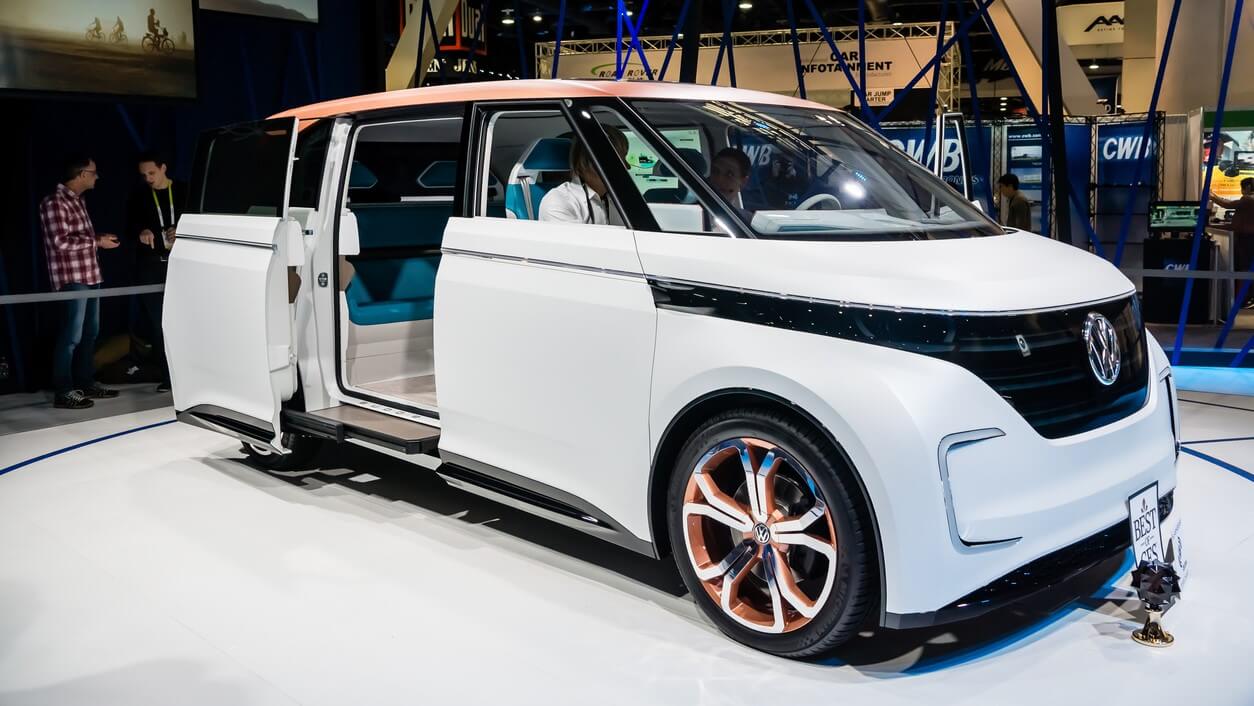 The Consumer Electronics Show (CES) held every January in Las Vegas is one of the most eagerly-anticipated dates in the technology calendar, the launch pad for world-changing innovations.

We’re living in the thick of a scramble to develop driverless, autonomous vehicles connected to smart homes and cities via big data and the Internet of Things, so it’s no surprise that an increasing number of automotive companies have begun exhibiting at CES.

A portable digital user ID for ensuring that a person’s favourite music is always playing when they sit in a VW is arguably fairly superfluous for business drivers, it’s equally hard to see many businesspeople embracing Hyundai’s foldable IONIQ Scooter for covering the distance between where they’ve parked their car and the appointment they’re heading to.

It will realistically be several years at the very least before a concept like the aforementioned Korean manufacturer’s Mobility Vision turns into some kind of reality, seeing cars seamlessly docking inside buildings.

Unobtrusively providing the driver with a clearer understanding of the road ahead, the technology from Harman will also encompass real-time data on traffic flow, accidents, construction and roadworks, and even hazards as they develop. Such technology will be welcomed by businesspeople driving to somewhere new and unfamiliar for the first time.

Bosch is busy striving to combat the finding that it takes city drivers an average of 30 minutes and three miles to find an empty parking space and has teamed up with Mercedes to trial its community-based smart parking assistant.

Measuring parallel parking spaces is admittedly something ‘self-parking’ cars have been doing for some time already, but the Bosch system uses ultrasound sensors that transmit the data onto a digital street map which is updated in real time.

This means that parking space data will always be bang up to date, reducing frustration for anyone frantically trying to find a spot ahead of an important appointment, and the system is intelligent enough to ignore driveways, loading bays, yellow lines and other ‘no go’ spaces.

Garmin stands out in a marketplace dominated by increasingly large touchscreens and tireless efforts to integrate Microsoft Office 365 and other suites into car infotainment systems. Anyone who’s driven a new Volvo XC90 or Tesla will admit that touchscreens can sometimes be clunky to operate on the move, let alone downright dangerous.

Driver distraction is a hot topic at the moment and Garmin’s Lenexa infotainment interface bucks the trend by incorporating physical tactile controls on its flanks, promising what they describe as “an intrinsic experience where drivers can use its controls with greater reliance on muscle memory and feel, while devoting far less time looking down to find specific functions.” 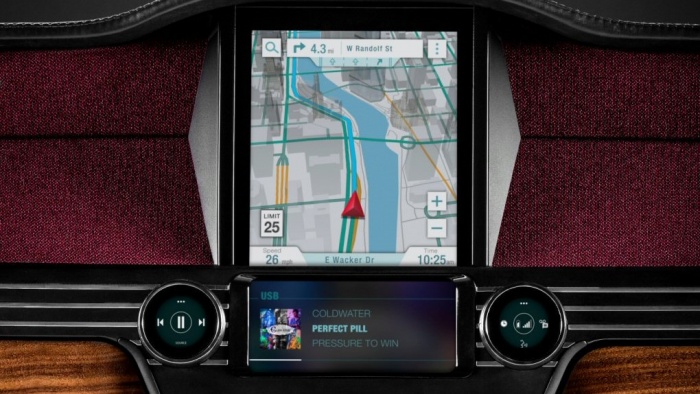 Lenexa’s best-of-both-worlds approach is welcome at a time when the aspirations of infotainment and advanced driver assistance systems (ADAS) are ironically clashing.

Virtual assistants are also set to increasingly feature in everyday cars of the near future after a number of major announcements at the Las Vegas show. Cortana from Microsoft is destined for BMW and Nissan models, while Amazon’s Alexa assistant will feature in some forthcoming cars from Ford.

The manufacturers say such technology will allow restaurant reservations and serviced office meeting room bookings to be made on the move, for example, along with other ‘smart’ connected functions such as a businessperson telling the printer in the office to print certain documents ready for their arrival, saving time during a busy working day.

Commercial vans could resemble vehicles from sci-fi films in just a few years’ time, the amazing Vision Van from Mercedes showing the way.

Running completely on electricity will enable the van to be up to 50% more fuel efficient and allow it to operate in urban environments during the night thanks to its quietness. 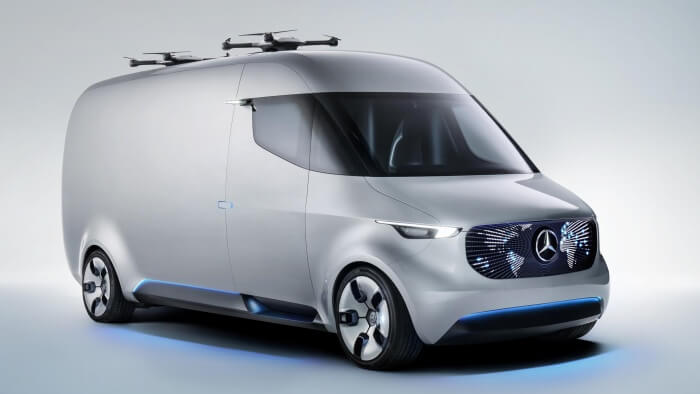 Vision Van’s cargo bay will be fully automated with intelligent mechanical shelving that automatically positions packages and knows where they are destined. Notifying the driver on the approach to each nearby delivery address, parcels will automatically be pushed upwards to the drone positioned on top of the van.

An advanced telematics system will allow last-minute delivery changes to be accommodated, and Vision Van will also be able to double-up as an off-peak ridesharing public transport passenger van when not in use commercially. Admittedly such technology will have implications for jobs but will allow many businesses to operate more efficiently and with a reduced social and environmental impact.

Fully autonomous vehicles and indeed connected smart cities are realistically several years away at the earliest, but it’s clear that technologies such as these examples showcased at CES 2017 will provide business benefits in the meantime. 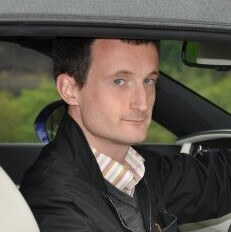 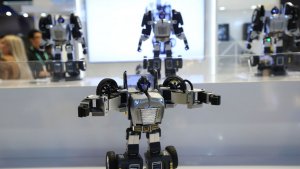 CES 2020: The Strangest Gadgets From The Tech Show 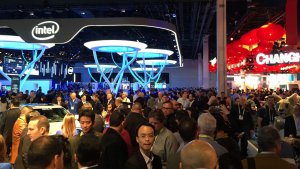 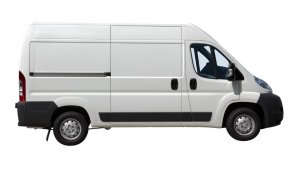 How To Market Your Business On Your Van