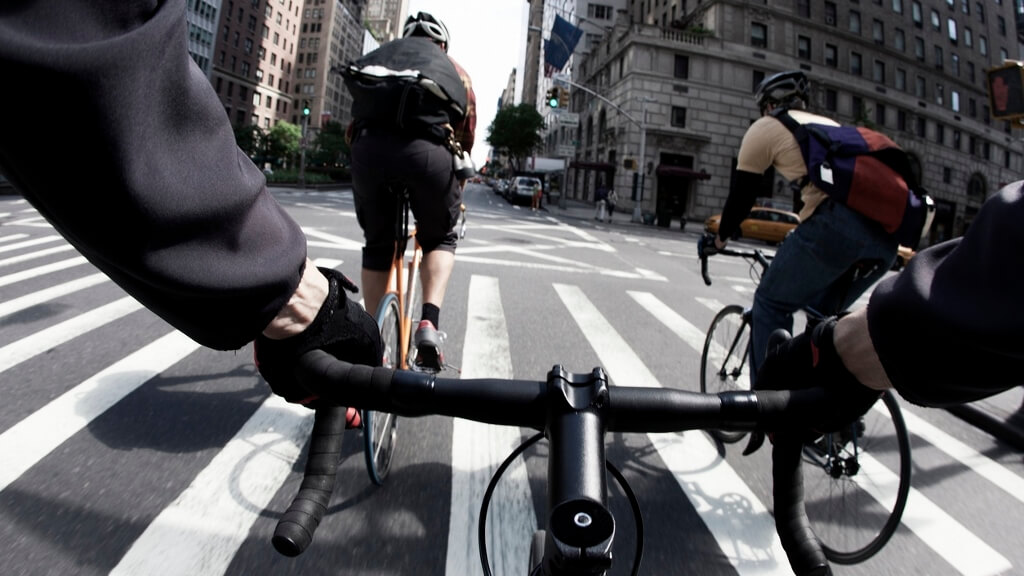 There's an awful lot of bad blood between cyclists and motorists these days. Where once road space was shared in relative harmony, co-existence has mutated into a toxic game of chicken and egg. One in which each side claims absolute entitlement whilst robustly condemning the other for their impact on road safety.

On the one hand you`ve got cyclists singing ten bars of `we were here first`, citing their vulnerability and eco-friendly form of transportation as a reason to take the moral high ground (since they reduce pollution and congestion, surely it`s the fabled no-brainer?).

Yet on the other, drivers counter that the motoring experience is rendered increasingly hazardous by kamikaze pedalists under-taking and red light dodging.

Either way, it`s a combustible state of affairs. And one which, thanks to the booming popularity of cycling - more than 2 million Britons cycle every day, - is likely to get worst.

Although I`m known as Mr Loophole - not my choice of nickname - for securing acquittals for celebrities such as David Beckham and Alex Ferguson in road traffic matters, believe me ordinary members of the public make up the bulk of my client base.

And unfortunately a huge area of demand lies in the grim aftermath of a collision between cyclists and motorist. Regardless of who is culpable when such an accident occurs, what`s clear is that cyclist will always - always - come off worst. (Tragically about 100 cyclists die as a result of collisions or coming off their bikes on the roads in the UK each year, while more than 3,000 are seriously injured.)

Only recently I was instructed by a woman whose car glanced against the wheels of an elderly cyclist as she slowly crossed a cycle lane to turn into a local garage. The cyclist wasn`t wearing a helmet and fell from her bike, the impact with the pavement striking a fatal blow.

My client pleaded guilty, though thanks to her previous good character managed to avoid prison. But there were no winners. Only a grief stricken family and a driver who remains haunted by the consequences of her unintended action. 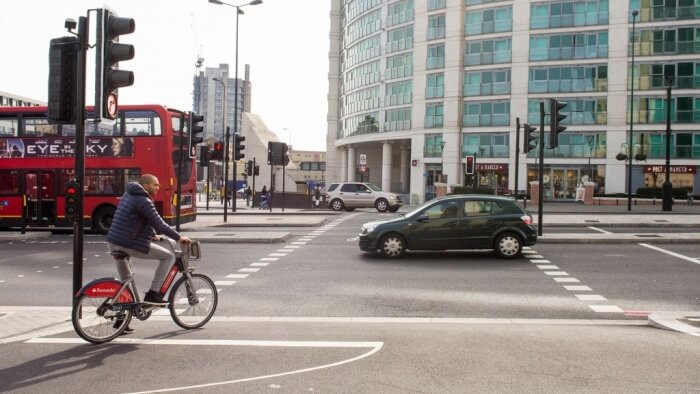 So how can create a two way street, effecting a symbiosis where cyclist and motorist can safely travel along together?

Well, not wishing to sound like a marriage guidance counsellor, perhaps it`s time for the warring parties to park their hostility for a moment. But it involves both sides – and a sluggish Government - being willing to make concessions.

# WE NEED TO KNOW WHO YOU ARE

For a start, there`s a big issue with the fact that cyclists, unlike motorists, can`t be identified. And while many may be lawful road users, there`s no question that there are plenty of cyclists who feel untouchable because they remain anonymous.

Swathed in balaclavas or dark helmets, they weave in and out of traffic with impunity knowing even the most unforgiving dash cam can`t catch them. Square this with the fact that car owners have a legal obligation to furnish information if they are stopped by police and the inequity is clearly infuriating to motorists.

The solution? Let`s slap cyclists with an equivalent number plate It`s not an unpopular idea: a recent survey of more than 2,000 people found almost two-thirds backed the introduction of number plates for cyclists.

And even though cycle campaigners slam such a move, citing everything from unworkable administration to deterring people from using a bike – it`s clearly the only way to weed out death-wish cyclists .

# AND WE NEED TO SEE YOU

While some cyclists cut a dashing line in day-glo lycra, plenty more eschew high-viz clothing for that boy racer combo of black balaclava and baggy hoodie. .Mandatory helmets and visible tabards are just one way of ensuring cylists can be seen as well as a legal requirement to keep their lights on all the time.

# SHOULD YOU BE ON THE ROAD

As for understanding the rules of the road, surely the time has come for the introduction of a compulsory cycling proficiency test .If you`re going to be on the road, prove you understand how to use it.

As for the bikes themselves, these need to have passed an equivalent form of MOT test. A draconian move? Not when you witness some of the wobbly bone shakers swerving through our city centre traffic.

Brakes, tyres… these all need to be checked. You only have to look to the case of cyclist Charlie Alliston, who was jailed for knocking over and killing a woman as he sped through east London on a bike with no front brakes to know that was one death too many. 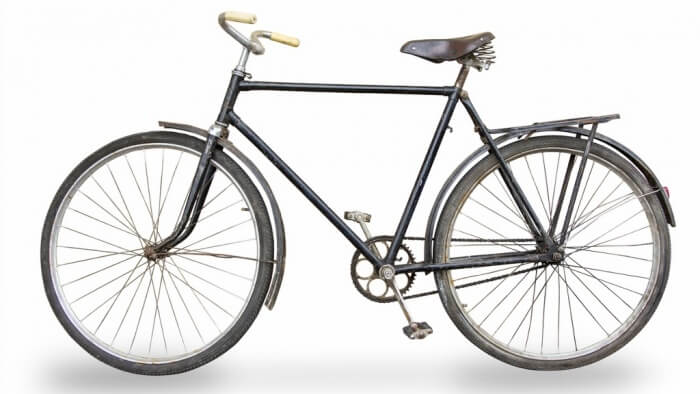 There are currently no official bike maintenance standards

Of course, for resolution of hostility on our roads, it`s not only cyclists who need to compromise. Motorists must junk their default irritation and be educated about how to overtake cyclists. Of course it`s painful when you`re in a hurry and a cyclist is labouring ahead at the speed of a Brexit negotiation.

But according to findings from the 2015 Near Miss project, drivers overtaking cyclists too closely accounted for a third of threatening encounters with motor vehicles That`s why we need some kind of Government mandated advertising campaign highlighting the dangers – especially at junctions or when cycle lanes merge into the main high way.

Sadiq Khan, has promised to spend £770m on cycling initiatives over the course of his term, saying he wants to make riding a bike the “safe and obvious” transport choice for all Londoners. But it`s a matter for the country as a whole.

Meanwhile for those learning to drive, overtaking cyclists should be part of the test, as well as questions about dealing with cycling safety And there needs to be more education at grass roots – or should that be grass verge – level.

Last September, West Midlands police began sending plain-clothed officers on bikes to educate drivers who overtook cyclists too closely. Offenders were pulled over and officers explained what they had done wrong with the help of a mat showing how much distance to leave when passing. The worst cases were reported for careless driving.

As a busy lawyer, the success of my practice depends on the number of clients who come to call. But truthfully, I`d much – much - prefer to have safer roads than continue battling through a mounting case load of motorists who have been involved in altercations with our two wheel friends.

The problem is that until transport infrastructure improves cyclists and motorists are going to have to learn how to share. Otherwise , in terms of road safety, lack of compromise could soon prove to be the biggest threat of all.

* The Art of the Loophole - Making the Law Work for You by Nick Freeman is published by Hodder. 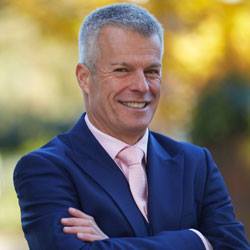 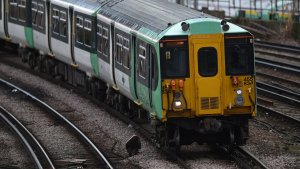 Jump In Searches For Homes Near Stations As Office Working Resumes 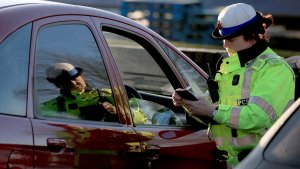 Ban On Drivers Using Hands-Free Phones ‘Should Be Considered’ 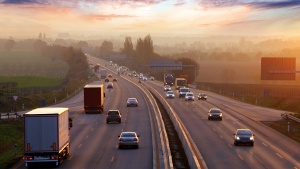 I Received A Notice Of Intended Prosecution, What Do I Do?