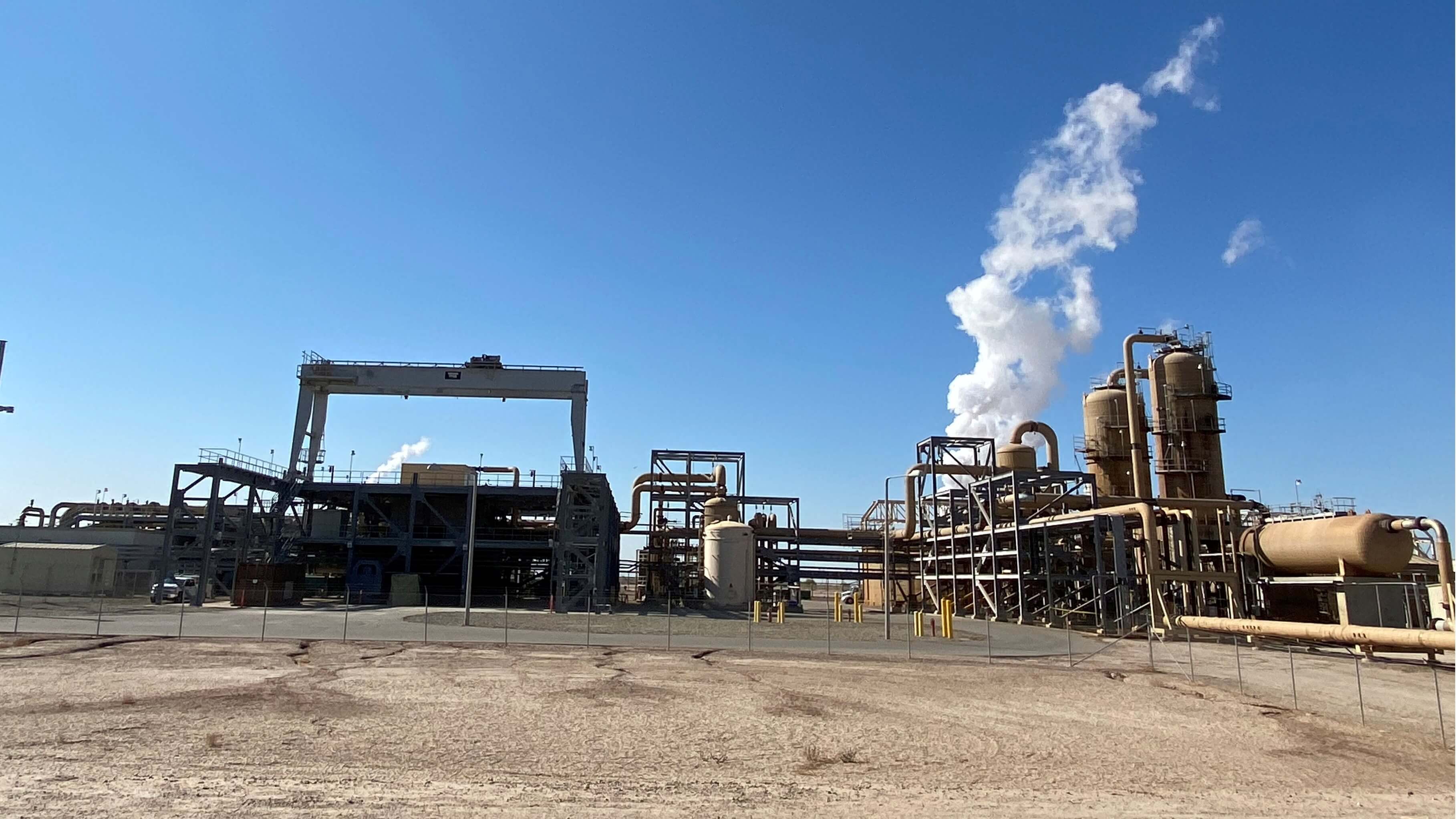 Automakers, investors and even oilfield giant Schlumberger NV are beginning to embrace environmentally friendly technologies to produce lithium that could help meet 25% or more of global demand for the electric vehicle battery metal by the end of the decade.

Stellantis, Bill Gates' Breakthrough Energy Ventures and others have invested millions of dollars or signed supply agreements with so-called direct lithium extraction (DLE) start-ups in recent months in an attempt to propel the technology to commercial production, expected within the next year or two.

DLE technologies use less land and groundwater than hard rock mining and brine evaporation ponds - the traditional ways to process the white metal. Industry analysts see it as a new way to help ensure lithium supply for the EV industry - if the technology can work on a large scale.

The process can take as little as a few hours to filter the metal inside an average-sized warehouse. By contrast, traditional evaporation ponds can be hundreds of acres in size, permanently drain nearby aquifers and take several years to produce lithium.

However, most DLE technologies are more expensive to operate than evaporation ponds, which use sunlight, and some require large volumes of freshwater and electricity.

Albemarle Corp and other traditional lithium producers say they have studied DLE technologies but feel they will not go mainstream until later this decade, given worries about high energy and water use.

"Access to clean water is one of the key hindrances to DLE," said John Peichel of Suez PA's water technology division, which sells equipment to the lithium industry.

Schlumberger, known for its hydraulic fracturing work, is building a DLE project in Nevada and says its "ultimate goal" is to produce lithium without any freshwater. It is a goal the U.S. Department of Energy is supporting with a $4 million contest for the best geothermal lithium technological developments.

The potential hurdles have not hindered Wall Street's interest in so-called green lithium.

Standard Lithium Ltd.'s shares have risen six-fold since they started trading in New York in July, even though the company's DLE technology is still being piloted in Arkansas.

Australia's Vulcan Energy Resources Ltd shares are up 40% since August on its plans to supply automakers Stellantis and Renault SA from its German DLE project.

Chris Berry, an independent industry analyst with House Mountain Partners, says that based on existing announcements, DLE could produce a quarter of global lithium supply by the end of the decade, though he noted not all technologies should be treated as equal. Other industry consultants put that figure even higher.

"Investors need to weigh the benefits of DLE technology against a host of challenges in tailoring the technology to each lithium deposit," Berry said.

Warren Buffett's Berkshire Hathaway Inc and EnergySource LLC are studying ways to add DLE technology to existing power plants there so they can process lithium while producing electricity.

Nearby, privately held Controlled Thermal Resources Ltd is developing a geothermal lithium brine project to supply General Motors, which said CTR could supply "a sizeable amount of our lithium needs" by 2024.

That project, as well as a similar one in Argentina, are backed by technology from Lilac Solutions and seen by some analysts as one of DLE's first commercial tests.

The DLE attention comes as prices for lithium are near all-time highs, according to data from Benchmark Mineral Intelligence, fueling the race for new technologies.