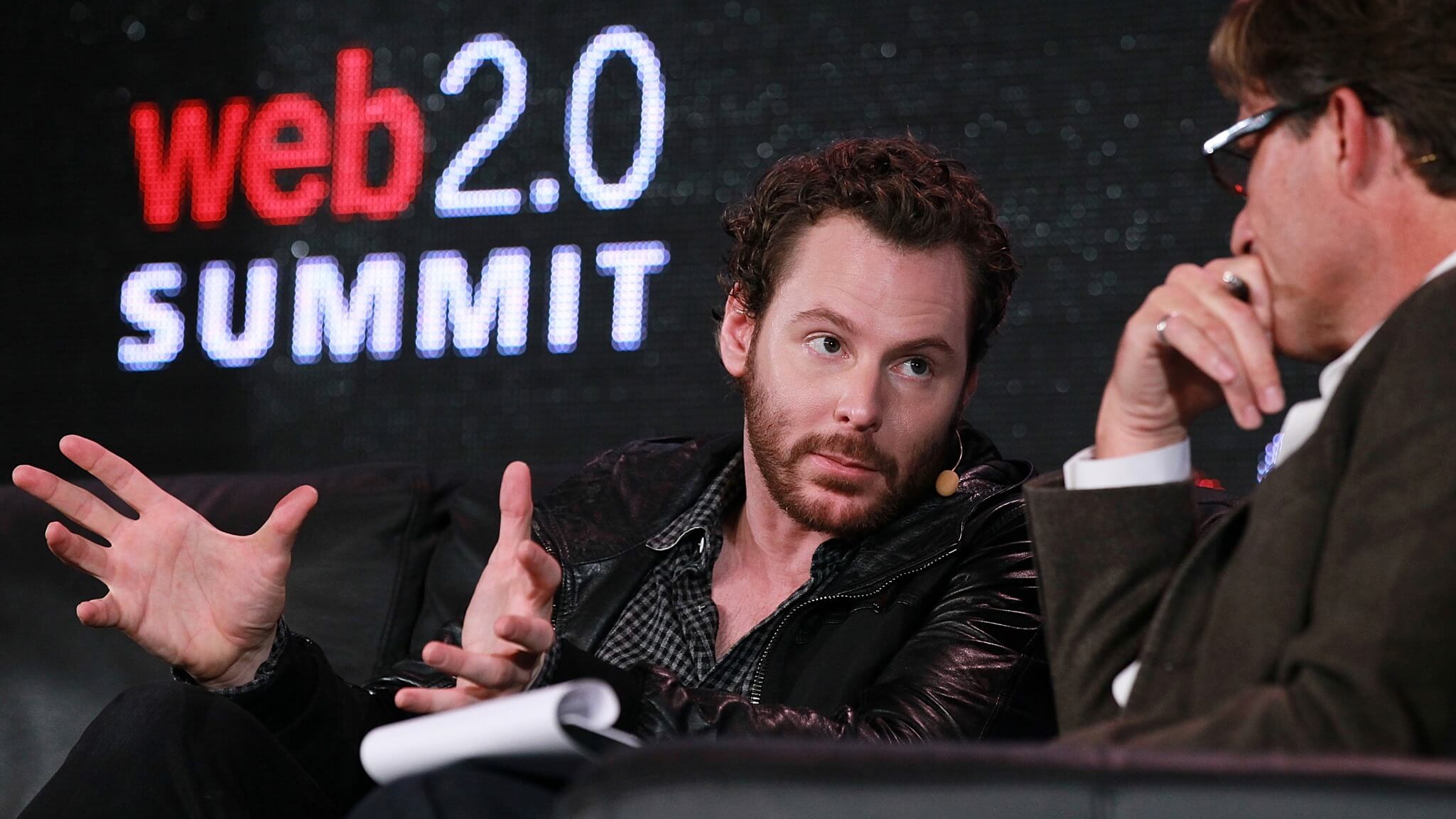 Entrepreneurs are notoriously busy people. In the early stages of a start-up they almost always have multiple roles in the business: the de jure CEO but also the de facto marketer, business development executive, HR lead, accountant and tea-fetcher.

What margin is there in running, or at least having a management stake in, more than one business? Doesn’t throwing your hat in with a portfolio of businesses just increase the pain? Or can you use economies of scale to increase the upside without layering on unwanted pressure?

It’s true that more and more entrepreneurs are starting multiple businesses (such as Napster founder Sean Parker, pictured above), while perhaps even investing in others. Cheap communications, quicker market access and cultural changes make focusing all your attention on one business feel a little ‘under-challenging’ to some.

“The rise of multiple business ownership in recent years is a trend that’s helping to drive growth in the small business sector,” says Hari Mann, a faculty member at Ashridge Business School. “Look up and down any high street and you’ll see a host of entrepreneurs running more than one business.

“My local estate agent runs several businesses from the core of the traditional estate agency to property management all the way into ownership of the local café and travel agency. Our local gym is owned by the owner of the restaurant below.”

Entrepreneurs have their own reasons for getting involved in multiple interests. According to Mann, it is common for people to start one business and uncover new revenue streams as a result. These could be closely aligned with the original business or off at a complete tangent.

“One of the UK’s largest family businesses, Associated British Foods is a diversified international food, ingredients and retail group operating in 47 countries,” he says. “It’s a good example of the success of multiple business ownership being able to develop a whole host of business units in related business sectors.

“Look through any rich list, and you’ll see endless examples of entrepreneurial success through multiple ownership. Richard Branson, Alan Sugar to name a few. In the new tiger economies of the East, the same trend of multiple business segments is even more dominant than in the west. In countries like India, is the norm to own more than one company.”

Qais Al-Khonji, an Omani serial entrepreneur who has spent many years in the UK, has a very simple reason for founding several companies at once. He comes up with the idea, or has is presented to him, puts the necessary apparatus in place, hires a strong team and then takes a step back.

He explains: “I have started multiple businesses because nine out of 10 businesses fail, so in order to succeed I have to keep on trying, if I create five businesses there is a better chance that one or two will succeed, especially if there are good business plans.”

According to Al-Khonji, this approach to new starts has its downsides, the major one being that you stand a good chance of losing money in the early stages. But weighing against this for the 36 year-old is the amount you can learn through the exercise.

“There is always the risk that things will not take off but there is a huge amount of learning to be done,” he says. “It’s a bit like dong lots of mini-MBAs – like paying to learn.” 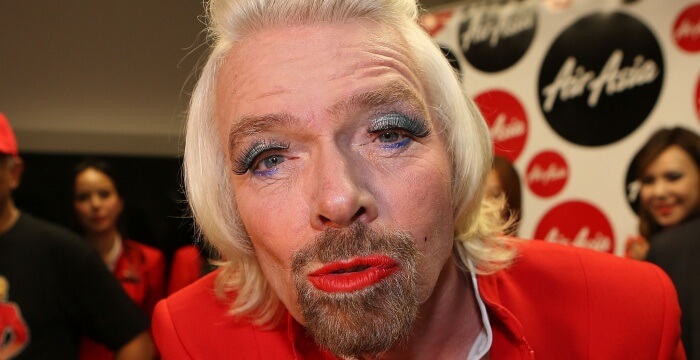 Sir Richard Branson has had his fun with dozens of businesses in publishing, music, travel, finance and space exploration

Another serial entrepreneur-cum-investor who believes in the educational value of multiple business ownership is Gerard Toplass, who has founded and invested in businesses in the IT and education sectors.

Toplass has an interest in Frillo, an online store specialising in equipment for schools; Supro, an online project management system and Pagabo, an online service connecting education procurers with local small and medium-sized suppliers.

“I start or invest in businesses because inherently I love business,” he says. “I get approached all the time with different ideas and new business models. I am an optimist and I love to see how ideas are developed by different people. Essentially, I operate very much like a one-man VC fund.

“What is interesting is that if you invest in one business alone, then your experiences can become quite blinkered. I am able to see multiple opportunities as I can inter-relate different businesses between each other.

“I think the focus should be on the sector you specialise in – education or technology for me – as this can be very positive. However you need to be conscious of spreading yourself too thin. I try to ‘work-on’ rather than ‘work-in’ my investments.”

Sometimes business ideas spring up when you least expect them. Pizza Pilgrims founded in September 2011 and the team decided to serve an own-brand limoncello – an Italian lemon liqueur – as a special accompaniment to the food.

The drink was branded Sohocello and became a ring-fenced company in its own right. Thom and James Elliot, founders of the business, have agreed terms with a distributor and are on the verge of brining limoncello generally, and Sohocello in particular, back to the forefront of the bar and restaurant scene.

“The limoncello was started on a whim,” says Thom. “Although the business is connected to restaurants - you realise quickly that the production and sale of alcohol is a very different beast, with its own quirks and traits to get your head around.

“I think this is the amazing thing about running two or more businesses. You can quickly see where the parallels, but also the huge differences lie.

“There is no doubt that some of the skills and learnings from running a business are completely transferable, but then there are the things that are completely unique to a particular industry that you have to learn from scratch. It certainly keeps it interesting.” 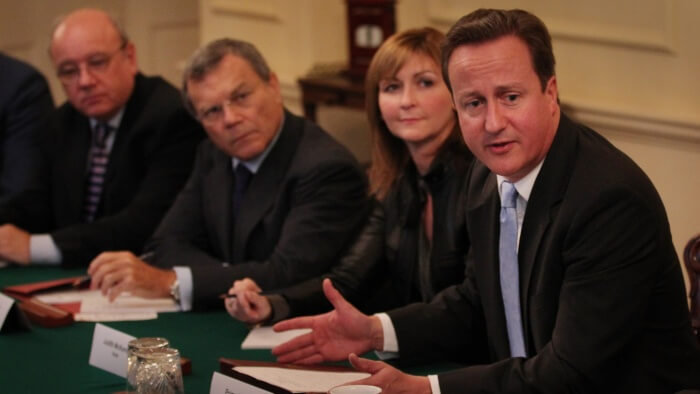 If running a business involves taking risks, then it’s logical to suggest that creating two or more multiplies the danger. Yet the same isn't so clear for potential benefits. Juggling several sets of opportunities, sales leads, clients and partner relationships - as well as complaints - means the upside could get lost in all the admin.

“The pros are obvious,” says Toplass. “They are varied work, interest levels remaining high, working on great ideas, working with different people, joining the dots and so on. There are many occasions where my different investments can work together too, which increases the value.

“But the cons are pretty clear too. They include not having enough quiet time for business ideas and processes as well as sometimes fighting problems that crop up from time-to-time. I also worry about the thought that I am maybe missing something.”

And what about the loss of control implied in having lots of businesses operating at the same time when you can only ever be in one place?

“I understand different viewpoints probably better than most people. I used to be a control freak, however I am much better now and I understand what controls I need to have – financial, governance and strategy. These are easy to share and to establish.”

There are multiple success stories on both sides of the debate: for example Sir Martin Sorrell and Sir James Dyson on the ‘focus on one thing’ side, and Sir Richard Branson and Sir Stelios Haji-Ioannou on the ‘screw it let’s do it’ side.

And the fact is not every entrepreneur makes a conscious effort to create multiple businesses to fulfil a burning need for creative pursuits. The guys at Pizza Pilgrims, for example, had a popular seller thrust upon them and it was a no-brainer to split the business.

But in all cases business owners should understand the impact of splitting your attention. How will you compensate and who will you employ to turn the potential negative effect of taking your eye off the ball into a positive one of attracting fresh ideas, enthusiasm and skills with a new management team?

Starting and running more than one business is not for everyone, but those that do it have to embark on every fresh adventure with the same grown-up, mature and research-based approach as they did the first. 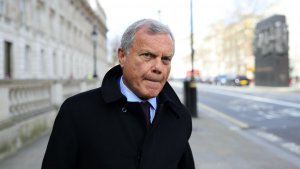 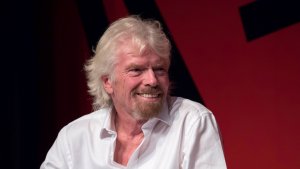