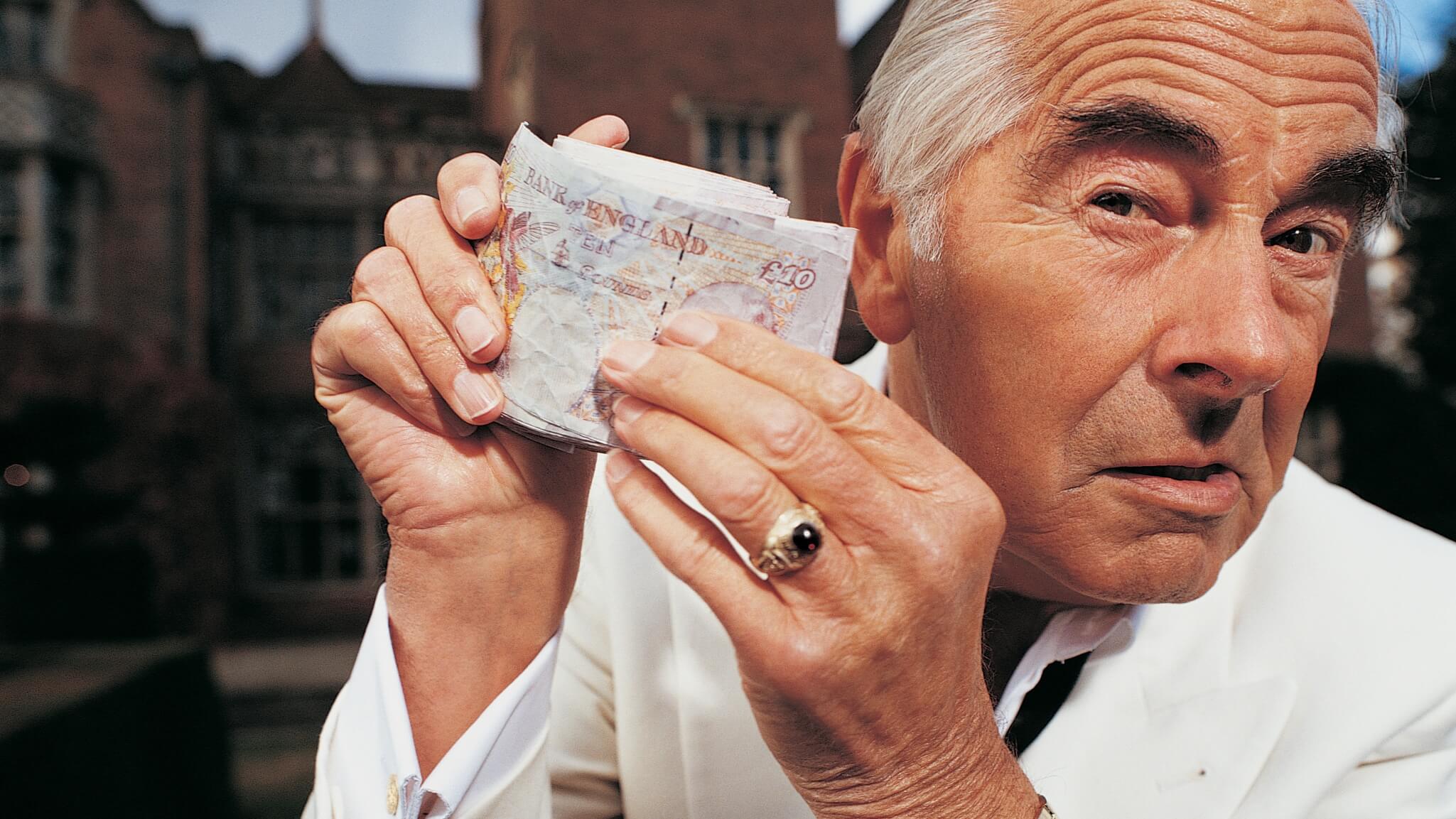 It’s funny, because a book doesn’t just create income from one source. It creates income from many sources, because there are many different bookstore providers now. Obviously, Amazon is the main one.

But on Amazon, there are 4 types of books. There is the paperback book, the eBook, the Kindle and the Audible. So, you only have to write one book, and then you can get passive income for the rest of your life, recurring income.

I don’t really mind what your definition is. Some people don’t like the word passive, because they feel it gives the implication that you don’t have to do anything to start. I certainly don’t believe in that.

That could be soft capital, i.e., time, resources. You could get a ghostwriter, a partner, a co-author. You could record your book on lives and on a Zoom H1 with various episodes for a podcast, for example, and then that could get transcribed into a book.

You could actually time leverage the asset. I’ve always handwritten my books. When I say handwritten, typed as opposed to transcribed. I’ve handwritten with a quill and some ink.

But this latest book, Opportunity, I’ve been voice memoing my ghostwriter who’s been then typing up the notes, and having them edited and researched for more leverage, because I want to write what, 4 books a year, or certainly 4 books in the next year. So, I need to leverage up.

But book royalty income is significant. Now, when you write one book, and you launch it in one sort of format, mm, yeah, you’re not going to be a millionaire doing that necessarily, unless you’re lucky, or you’re a celebrity, or you’re writing an amazing book.

Before you know it, 2, 3, 5 years down the line, you’ve got multiple streams of income, just from the book. I earn hundreds of thousands of pounds from the recurring income of my books.

This is not my thing. I’ve never written a song. I can’t sing. I’ve got no musical dexterity. But many people have. TikTok is the thing at the moment when people are lip-syncing all their songs. And yeah, look, it’s a way. I’m not saying it’s one that I’m going to teach you, and you’re going to make money out of.

But if you think about Christmas, what’s probably the most famous Christmas song? All right, I’m just going to say the name of the band, and then you’d probably get it. And that is Slade. You’re singing it now in your head.

I’m not going to sing it, because I’m not doing that to you. But it is Christmas. Slade wrote that song in the 70s. They earn more than £500,000 a year, I believe in passive recurring royalty income from that song. So, it is a thing. It might not be your thing, but it is a thing.

Patreon, Facebook Supporter. You could even create your own platform. I heard that Jordan Peterson is going to do that when he left Patreon. Fan funding, is, hey, I’m an artist. I’m creative. I’m a content provider. I’m an influencer. Please could you support me, and donate £3 a month, £5, or one-off £10 to help me curate and create my work. That’s become a big thing now.

I have nearly 2,500 members on my Facebook Supporter Programme. I don’t really use fan funding. I use more crowdfunding, because I don’t think people think that they need to donate money to me.

They know that I’m kind of rich enough. That story would maybe not be the best. However, Patreon and Facebook Supporter Programme on your own platforms are a big thing for fan funding. And it’s a way for you to get paid in a recurring way for the content you’re already putting out there.

So, you could argue that, that’s become passive or at least recurring income.

I have a membership site for my supporters. At the moment, I’m just putting content on there for them. But there’s enough on there, and it’s populated, I could go to the wider market, and I could probably charge £10 to £30 a month. Maybe, I have it at a higher level like, £50 a month for that too.

Could you get paid for referring people? Could you be an ambassador for my companies, Progressive Property, Progressive Success? Could you refer people to us, and then get paid on the lifetime, that the client invest in the products and services, and training, and mentorships, and masterminds with us?

So, you refer the person once, and hopefully, you get paid on a recurring basis.

Obviously, you need to partner with someone that pays you on a recurring basis, and pays you lifetime, like we do at Progressive, and make sure that the systems and processes and courses and tracking is good.

You could argue that, that is recurring or passive income. You can do it in the reverse way of being an affiliate. You could create an affiliate programme for your existing products or services, and get paid on a recurring basis for that.

Remember I said at the end of this livestream and Money Podcast, I’m going to cover the 6 key elements of creating recurring income. And one of them, is, creating an asset upon which, you could then get passive recurring income.

Then all of a sudden, you can sell that to different franchisees, you being the franchise. And then you can get passive income for all of the work that they do.

I have a franchise, Progressive Property Network. We have about 30 locations. It’s just a small franchise. It doesn’t make me a millionaire. It’s not the sole purpose of that. It’s also to generate leads and community members for my business.

We have various different products online, courses you can buy, online courses, audio programmes, et cetera. You could have a shop on Amazon, or Shopify, and have people coming to your ecommerce sites, and buying your product online, which you white-label and outsource or the fulfilment of.

That’s huge at the moment. Ecommerce is massive. And it’s probably only just started, and something that is definitely good for passive, recurring income.

I have test ads on my podcast. I’m doing one a month for the next few months with Blinkist. That’s gone really well. They’re really happy. I’m really happy so far. I have nothing, but good feedback so far about that.

But I’m doing it as a test. But now, I have many millions of downloads. I’m kind of missing a lot of opportunity for a lot of revenue by not running ads. I wouldn’t want to be one of these American podcasts that run 5 ads for their show.

For me, it’s not quite the right thing, or the right fit. But maybe, that’s very British of me. I’ll let you decide. But you can pretty much run an ad, on virtually any platform now.

My social media guy and friend, and also an influencer himself, Kieran. He’s got sponsored by a watch seller to do a video to promote their watch shop. He’s got a Gucci watch for it. He’s been sponsored by many supplement products, because he’s an ex-bodybuilding world champion.

If you have money, you can lend the money as long as you get security and a charge. And you factor the risk element. You could lend money out, and get the recurring return. You could get it paid monthly, or rolled up at the end of the term.

Information is a great way to create recurring income. I mean, look at Facebook Supporter Programme, the Patreon Programme. People are on my membership sites. People are on seminars. People who run global livestreams.

People who sell information in the form of audio, video. Netflix is selling information, and making billions out of it. So, information, online course, et cetera, is, a great way to create passive, recurring income. Because you create the asset once, and then you earn on it forever.

Think and Grow Rich was written in the 20s, I believe. It’s still in the top 10 selling books of all time. There are films that were recorded in the 70s and 80s, that are still being showed. They’re still generating revenue today.

There are songs way back from the 60s, the 50s that are still generating revenue.

But once it’s set, then you can forget, except for the recurring commissions, and the cheques, and the bank transfers that you get for your assets that you’ve created.

You could hire people. People forget that hiring people, is, passive recurring income for you.

By the way, I don’t want you to think I’m encouraging laziness. People sometimes, take my content out of context, because they take one little bit, and they don’t see the whole thing. Obviously, like I said, you do have to set to forget.

Whereas, if they set them all as assets, they could earn recurring residual passive income for many years after they did the work on the asset. 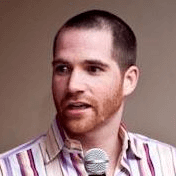