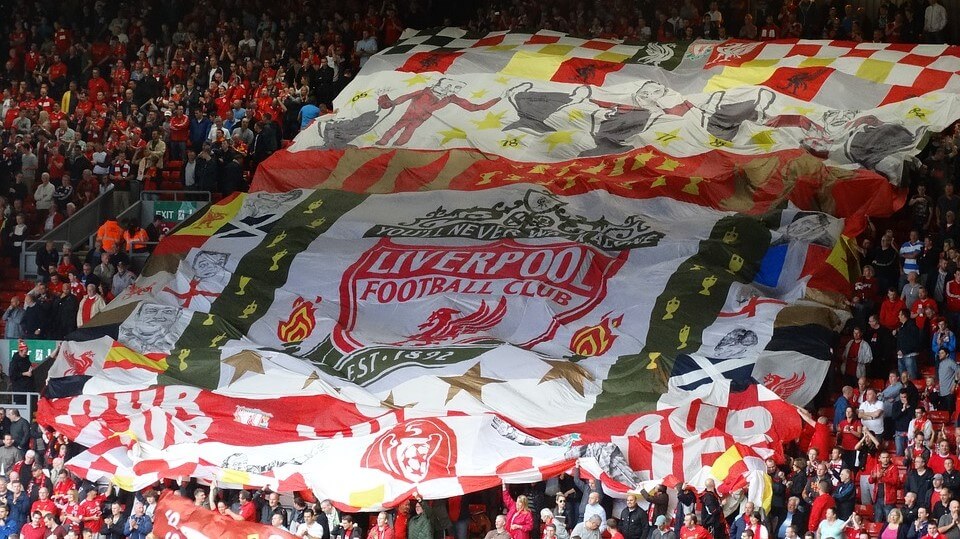 The last few years have hinted at a return to the glory days for Liverpool football club. One of the world’s most storied clubs and a domestic and European heavyweight of the late 70s and 80s, success has come in limited bursts since then – until now, that is.

Despite last day heartbreak in May meaning the Premier League title still eludes the Anfield trophy cabinet, Jurgen Klopp’s men have appeared in the last two Champions League Finals, becoming champions of Europe in June with a 2-0 win against Tottenham after a remarkable campaign.

With the team looking to finally secure its first Premier League title next year and a European crown to defend, it would appear the good times are well and truly back in the red part of the city.

The question is, with the team’s popularity peaking amongst recent triumphs, does success on the field translate to success off of it? Here, we look at the economic impact of Liverpool FC in the local area.

The 2017-18 season brought a 4th place finish and European runners up tag for the club – a decent year, if not disappointing in the end – however, a report released in February 2019 from Deloitte’s Sports Business Group (SBG) highlighted the incredible financial impact of the club both regionally and nationwide.

The SBG reported that the Liverpool City Region enjoyed a £497m gross value added (GVA) boost from the club’s success across the season, with the city itself taking an extra £454m GVA and the UK as a whole experiencing a £575m GVA increase (GVA is a measure used to understand the economic contribution of a business or industry to gross domestic production (GDP)).

The club’s activities supported over 4,500 jobs in the city and over 5,700 regionally – the former accounting for 2.3% of total employment across the city. Local businesses enjoyed a ripple effect of the club’s success to the tune of a £108m boost to the area economy.

With the club’s European adventures lasting all season alongside their domestic campaign, visiting fans, amounting to 1.5m across the year, contributed £102m to the visitor economy. The biggest chunk of that lay in accommodation (£42m), with the Echo reporting that more hotel resources need to be created in order to satisfy the demand in the region.

With over a quarter of fans saying they would visit the city again in the future and 94% saying they would recommend others to visit, alternative accommodation options, such as luxury serviced apartments in Liverpool, stand to benefit. The region’s restaurants, cafes and bars (£28m), travel industry (£15m) and retail (£12m) all saw significant boosts as well.

The club’s vast financial impact isn’t the only thing it brings to the wider city, however. The philanthropic pursuits of the club, through their official charity – the LFC Foundation – and its local community programme – Red Neighbours – have had a notable effect on local people.

152,000 children took part in programmes set up by the LFC Foundation, while 1,100 free tickets were given away to local schoolchildren. With breakfast clubs, Christmas lunches for pensioners and volunteer efforts within the local community all going on across the season, the club has made a conscious effort to remain connected with the local area beyond the economics.

Considering the club’s 2018-19 season far outshone the previous year in terms of results, it’s fair to say the influence of the club is set to have grown across the last 12 months. A Champions League title and a Premier League points tally that would have won the league in 116 of the past 119 seasons will have only boosted the club’s profile on both a national and world level, with support peaking heading into the new year.

The Deloitte report also spoke of the considerable financial boost of non-football related events taking place at Anfield, with large scale gigs projected to bring in £4.1m a piece through visitor spend on accommodation, restaurants and other local services.

So, the answer to the original question of Liverpool FC’s financial impact in the city is quite clear.

With half a billion pounds coming into the region though the team’s on and off field endeavours through the 2017-18 season - and that number likely to grow again come Deloitte’s next report - there’s no doubting that the club’s sporting success is having a major impact on the local area, both financially and otherwise.