Constraints get too much bad press, yet companies everywhere are constraining themselves on purpose to encourage problem-solving and bursts of creativity.

Constraints get too much bad press, yet companies everywhere are constraining themselves on purpose to encourage problem-solving and bursts of creativity.

At one level every marketer understands that strong brands are built by observing constraints: that when a brand leans into its constraints it flourishes, and when it breaks them it weakens.

Take Harley Davidson as an example. Harley tells us that as a brand it is all about ‘Let’s Ride’ – the idea that in my heart I am a bull-necked rebel fighting a barely restrained urge to flip the bird to The Establishment and head out for days on the open road, living on beer and squirrels with only the desert floor for a mattress; my own kind of paradise.

Let’s just try retuning that brand ethos to make this fit– maybe it should be something more like ‘head out on the open road …until my bottom lip gets a bit droopy because my neck is tired, and I need a place to rest up while I Google the location of the nearest Philippe Starck micro-boutique artisanal spa hotel’? Hmm, that seems to have lost a little something.

The last decade, however, has seen a step change in the way that large companies are leaning into constraints to give themselves a competitive advantage. If you go into an IKEA almost anywhere in the world, for example, and you can take your eyes off the £5 tables and the Stenklover duvet cases, you will see somewhere in the store a picture of a stone wall on the edge of a field.

It will make no sense at all to you as a customer, but then it’s not there for you. It is a picture that encapsulates an important story and philosophy within IKEA for their own staff: how the farmers of the Swedish region of Småland, where IKEA and its founder were born, take the stony fields that the inhospitable region gives them and turn them fertile, rock-free agricultural land with useful stone walls round the edges.

The picture is there in the store to remind everyone who works at IKEA that, far from leaving the challenges of their origins in their past, the company still sees this mindset as critical to their future success. IKEA is an example of a kind of business whose leadership is increasingly using stringent, self-imposed limitations in their briefs on key projects to drive themselves to uncover new kinds of competitive advantage.

In the broader business environment, these self-imposed constraints range from those around speed (Zara’s famous two week velocity from designer’s pad to store shelf), to small team size (as Eric Schmidt celebrates in ‘How Google works’). 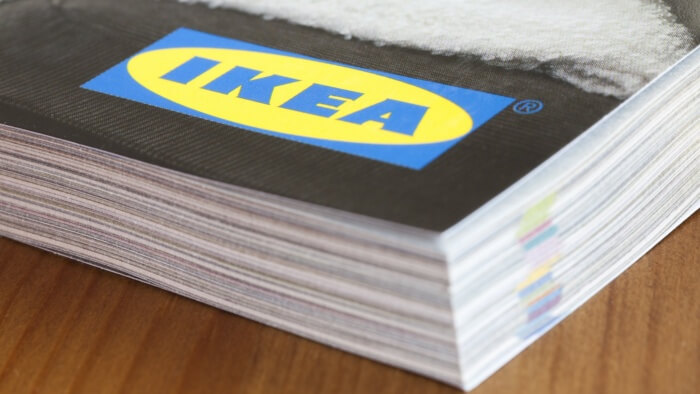 IKEA limits itself on price and space, but still comes up trumps

In IKEA’s case they are around low target price points, space saving for urban living, and resource use: the combination stimulates their teams to find new ways to offer more affordable and sustainable home solutions for ‘the many’ that they see as their target – and remain the most competitive in their market as they do so.

Go back to that £5 table – a durable table, simply but well designed, available to buy for roughly twice the cost of the takeaway latte you put on top of it. It was set as a deliberately ‘impossible’ price point to build for, in the sense that it effectively precluded IKEA’s design team from using most of the design practices that had served them so well in producing several decades of tables for IKEA in the past.

They couldn’t simply tweak what they had done the year before – the jump in ambition was too great. Forced to rethink every aspect of sourcing and production, not simply design, and pushed wide into finding a much more lateral solution, the team finally solved the brief by making the new table from half of a door – strong, mass-produced, cheap, and just requiring the addition of four legs. Oh, and a subsequent best-seller at a price competitors couldn’t get close to.

We’re in a post-abundance economy today. As Ruchir Sharma has put it: ‘There is no global tailwind for any nation, no matter whether it is developing or emerging. Now, everybody has to row’.

But the internal business practices of companies like IKEA suggest competitive success in this new business world will be about more than simply hard work at the oar: that the companies that succeed, the genuine 21st Century competitors, will be the ones that are deliberately making themselves row not ‘harder’ than they need to, but differently than they are used to - by proactively imposing new kinds of limitations and constraints upon themselves that stimulate their teams to find new sources of competitive breakthrough.

Recent years have seen the search for more sustainable business practice in companies as apparently different as Nike and Unilever leading to them initiating the internal imposition of stringent new parameters for success, such as Unilever’s commitment to doubling growth while halving its environmental impact by 2020.

In the journey to answering, those both these companies are respectively finding new kinds of product benefit (the lightweight performance that every runner wants in the Flyknit shoe) and supply chain profitability (a superior margin on mechanically harvested tomatoes) as they do so.

The luxury travel company Black Tomato is no longer a fledgling start-up, but co-founder Tom Marchant still encourages his marketers to ‘make something out of nothing’ in terms of marketing spend; by restricting the budget, he keeps alive a culture of inventiveness and creativity.

Constraints have a bad rap: we talk of them as if they restrict us, make us less. We need to see that the opposite is true. Constraints are the spur to creativity, to new ways of thinking and behaving. We just need to learn how to make them beautiful.

A Beautiful Constraint: How To Transform Your Limitations Into Advantages, and Why It's Everyone's Business, By Adam Morgan and Mark Barden, Published March 2015 by Wiley, £18.99, Hardback, E-book, ISBN: 9781118899014 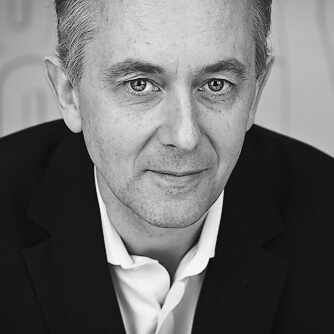 Author of 'Eating The Big Fish' 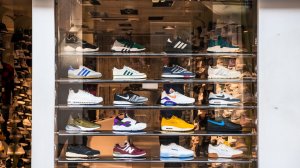