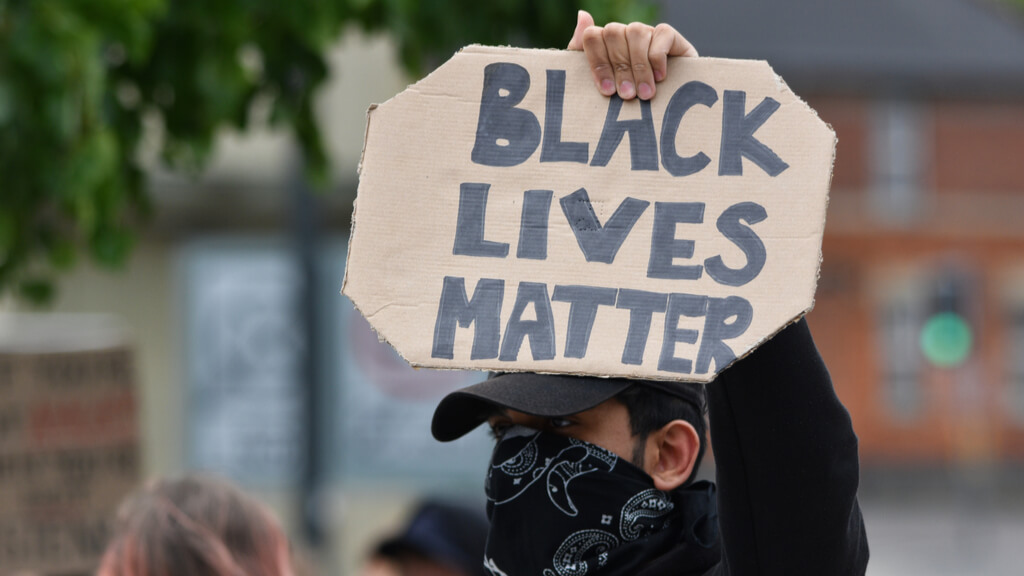 This may not come as much of a surprise, but it was recently confirmed by a poll conducted by Business Insider in conjunction with social media app Yubo and online learning platform StuDocu, which revealed just how tuned in young Americans are to current racial tensions.

Some 88% of the 38,919 individuals Yubo polled acknowledged that Black Americans are treated differently from others, while almost 90% of Gen Zers support the Black Lives Matter (BLM) movement.

The survey also indicated that these people aren’t all talk and no action, with 77% of respondents having already attended a protest supporting the rights of Black people and 62% indicating a willingness to be arrested for their beliefs.

The fact that the survey was carried out by a social media platform is fitting, since it’s social media that is providing the new generation with an innovative and highly effective method of organizing their efforts in a way which promises to effect change like never before.

A new kind of movement

Striving for equal rights among races is nothing new, in America or elsewhere. But while previous civil rights movements have centered around a strong, charismatic (and typically male) leader, BLM has forged a different path.

For starters, its three founding members are all female – but perhaps more crucially, their names are not as universally known as predecessors such as Malcolm X or Martin Luther King Jnr. Recognizing that individuals can be targeted, slandered and, yes, assassinated, and that the entire movement could be destabilized a result, BLM has opted for a more community-based approach.

More closely aligned to a model developed by prominent activist Ella Baker, BLM sidesteps the jeopardy created when the decision-making power is concentrated into the hands of one or several people.

Instead, the movement focuses on channelling the hivemind impetus that social media offers, leveraging this new type of communication to make it more robust, more reactive and more far-reaching than any activist group which has come before.

According to a 2018 study on the topic, this has gifted BLM with several key advantages. Firstly, it has been able to quickly and efficiently reach, organize and mobilize thousands of activists, both new and existing.

Secondly, it has allowed for the construction of strong connections, both internally within the movement itself and externally with other organizations and groups. And thirdly, it has allowed activists to contribute to and control the narrative outside of the mainstream media – a capability sorely lacking from all its antecedents.

BLM was officially born in the aftermath of the acquittal of Black teenager Trayvon Martin’s murderer, George Zimmerman, in 2013. However, it didn’t properly take off until the following year, when Mike Brown, another Black teenager, was killed by white policeman Darren Wilson who was, once more, cleared of all charges.

The first physical protest conducted by BLM took place on the day of Brown’s death, attracting over 500 members from at least 18 cities in 15 different states. That happened less than a year after the first BLM hashtag had been dropped on Twitter, demonstrating its rapid outreach and expansion.

In the 21 days following Brown’s death, the hashtag appeared an average of 58,747 times, peaking at 172,772 times on the day following Wilson’s trial and recording a further 1.7 million Tweets over the next three weeks.

On Twitter’s 10-year anniversary, it was revealed that #BlackLivesMatter was the third most commonly observed hashtag relating to social issues, garnering 11.8 million Tweets; #Ferguson (the location of Brown’s murder) was the top trending social-issue Tweet. To date, it has amassed almost 20 million posts on Instagram.

As well as achieving swift exposure and growth, the movement’s reliance on social media also allows it to rapid organize and reorganize its efforts, such as earlier this month, when Times Square was earmarked as the site of a protest, only for police to close the landmark off at the last minute.

Communication on social media enabled protestors to regroup at a location nearby and maintain their momentum, as well as film and upload first-person accounts of police brutality on the ground.

This latter action has even been instrumental in forcing figures of authority (such as New York Governor Andrew Cuomo) into a public backdown of previously condemnatory stances. These are tools and techniques that were simply not available to previous generations.

While social media might endure an uneasy reputation at times, there is no doubt that it can provide people with an all-important resource for socializing and communicating online.

That’s never been more true than at the present moment, with Yubo, which is aimed at users aged 13 to 25, tripling its membership during lockdown and affording young people the social crutch they are so sorely lacking right now.

However, the current turmoil with regard to race relations and the rapid rise of BLM highlight the fact that there are many more strings to social media’s bow – and Gen Z is supremely placed to take advantage.

Given that these youngsters will account for 10% of the electorate at this year’s US presidential elections, now could be the time for long-standing issues like Black oppression to be comprehensively tackled, once and for all.

With the wind of social media beneath their wings and the momentum of the entire world behind them, there is every reason to hope that Gen Z could be the last one which is forced to endure archaic attitudes and governmental inertia when it comes to addressing the underlying issues behind racial equality.