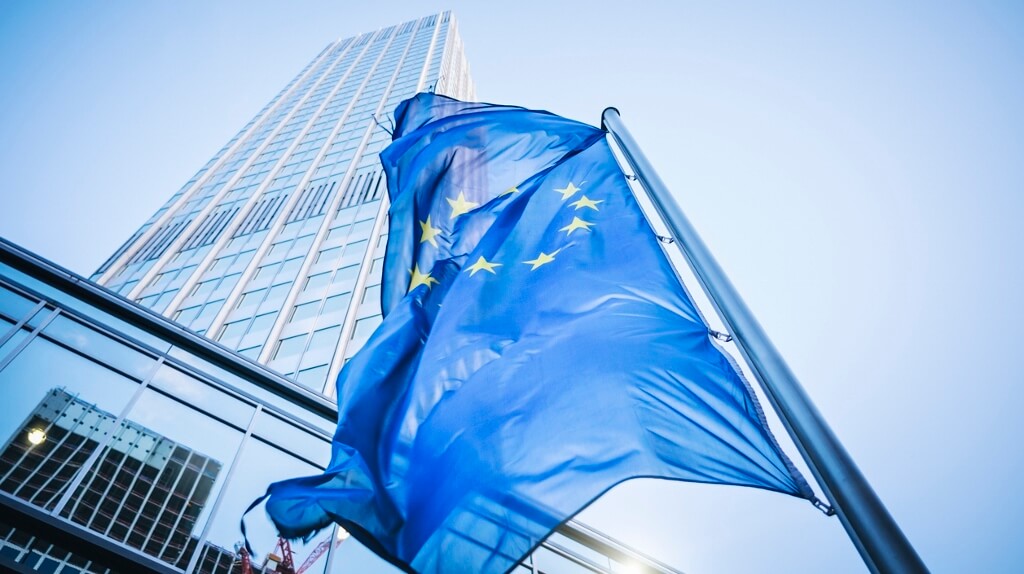 In delivering her first State of the European Union speech on September 16th, European Commission President Ursula von der Leyen dedicated considerable attention to her vision for a European “digital decade,” explaining how she wants to parlay the momentum of the European Union’s Covid-hastened digital transition into major advances in the data economy, technology, and infrastructure.

Given the European Union’s experience over the past six months, von der Leyen’s focus on Europe’s digital future should come as no surprise. As the Commission president pointed out, the bloc’s digital infrastructure allowed work, commerce, education, and social interaction to continue online during the long weeks of confinement, making large strides in a short timeframe but also revealing deep structural inequalities. As such, it is the EU’s prerogative not only to bridge its own longstanding digital divides, but also to reframe the conversation surrounding the interplay between technological advancement and the environment over the critical years to come.

While Von der Leyen was appreciative of the efforts made by operators and telecoms companies to manage the surge in demand amidst widespread lockdown measures, she also pointed to Europe’s status as a digital laggard behind the United States and China. That position manifests itself most clearly in the fact none of the five “Big Tech” companies which defined confinement-era life are European – a dependency on outside actors for personalised data services which the Commission president insists cannot repeat itself in the race for exploiting industrial data.

Of course, the divide isn’t just between the EU and its overseas competitors. Von der Leyen also highlighted the work to be done in terms of addressing the uneven progression of the digital economy, which is most readily apparent in the annual Digital Economy and Society Index (DESI) rankings of EU countries.

The DESI index underlines how northern European countries like Denmark, Sweden, and Latvia are outpacing southern counterparts like Greece, Bulgaria, and Cyprus when it comes to connectivity, digital skills, internet usage, and the prevalence of digital public services. To address those issues, a significant proportion of the EU’s €750 billion NextGenerationEU coronavirus recovery fund will need to go to addressing gaps in digital infrastructure, including the broadband and mobile networks indispensable to operating healthy 21st century economies.

These divides are starkly visible within individual EU countries as well. Even some of the EU’s largest and wealthiest markets, like France and Italy, face serious challenges in ensuring equitable access to rural communities, where von der Leyen pointed out 40% of households lack broadband internet Europe-wide.

France has already pushed back targets for countrywide rollouts of high-speed broadband from 2022 to 2025, while in Italy, 33.8% of households don’t even own a computer. In the immediate term, these disparities limit the ability of underserved populations to occupy the 37% of teleworkable jobs in the EU27, while also hamstringing essential services such as remote learning. Over the long term, they put the very economic viability of steadily depopulating rural areas into doubt.

While the Commission plans to close those gaps by dedicating 20% of its NextGenerationEU funding to the digital economy, that spending will need to be done in a more concerted fashion than previous investment programmes, which saw funds meant for rural broadband diverted towards other initiatives or simply not used at all.

The EU’s stimulus package is unprecedented in scope and size, and its targets for the digital economy are ambitious in their desire to make Europe a global leader in technologies like 5G, fibre optic networks, artificial intelligence (AI), and the Internet of Things (IoT). That does not mean, however, that major stumbling blocks don’t remain.

Despite von der Leyen’s insistence on a “twin green and digital transition,” European ecologists are not yet convinced. Leaving aside conspiracy theories on 5G’s supposed health and environmental impacts, a coalition of almost 70 French politicians and environmentalists recently demanded a moratorium on the installation of France’s already-delayed 5G network until further research is conducted.

President Emmanuel Macron, in keeping with his often brusque tone towards domestic critics, dismissed those detractors on September 14th as proponents of an “Amish” lifestyle and sparked a swift backlash in the process.

The tension between the EU’s technological and ecological priorities is a false dichotomy, as the Von der Leyen Commission has been at pains to make clear. Improved digital infrastructure is an essential lynchpin for many of the technologies that will reduce Europe’s environmental footprint, cut emissions, and offset the impacts of climate change over the upcoming decades.

Faster internet speeds and more accessible networks will facilitate teleworking and virtual conferencing across the bloc, reducing vehicle and aviation traffic and the need for commutes while optimising industrial processes in sectors from agriculture to transport and manufacturing. Collectively, the use of 5G, AI, and IoT could slash global emissions by 15%.

As the controversy in France illustrates, realising the Commission’s vision of a twin transition means breaking out of the existing paradigm that sets economic growth against environmental protection. To secure support from sceptics in the growing ecological movement, President von der Leyen and the national governments working with her will need to put forward a clear vision of how the billions they plan to spend on digital infrastructure and a data-driven post-Covid economy will benefit rural areas, disadvantaged member states, and the environment. Europe’s economic future may well depend on their success.