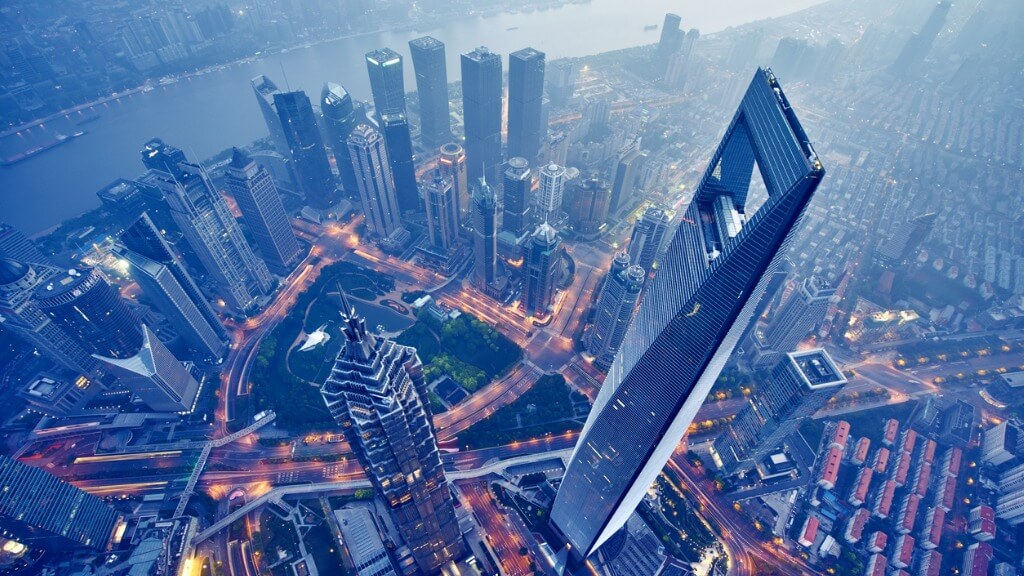 Though charitable donations have blossomed in China in recent years, a number of particularly visible scandals have undermined faith in the sector. China is now turning to technological innovations such as blockchain to add a much-needed dose of transparency to the charitable sector.

If the high-tech scheme proves its mettle in China’s philanthropic ecosystem, it might also offer a solution to other Asian countries facing similar challenges. South Korea and Thailand have both seen their fair share of fraudsters diverting donations for their own nefarious purposes.

South Korea has been shaken by allegations that the Korean Council activist group and its former leader, Democratic Party policymaker Yoon Mee-Hyang, misused funds donated for victims of wartime sexual violence, while Thailand has confronted increasing fraud in its Buddhist temples.

In some ways, China is in a golden age for philanthropy. The country now has the third-largest number of charitable donors in the world, and donations from China’s top 100 philanthropists more than tripled between 2010 and 2016.

Due to a lack of effective regulation, however, duplicitous charities are siphoning off vital donations before they ever make their way to their intended recipients.

The scale of the problem is clear: in the 2018 Foundation Transparency Index, Chinese foundations scored a measly 33.5 out of 100 in terms of accountability. Several recent scandals have brought home how urgently Beijing needs to close the loopholes allowing miscreants to milk the charity sector for their own benefit.

The Chinese Red Cross was caught up in one of the first such dramas, facing scrutiny over reports that it grossly misused donations directed towards the victims of a 2008 earthquake. Specifically, Red Cross officials allegedly wasted large sums on expensive vehicles and lavish banquets.

The charity has yet to clean up its reputation, as its slow and unequal distribution of coronavirus donations, including desperately-needed protective equipment for medical staff, has also stirred up public outrage.

Nor is the Chinese Red Cross the only offender. Last fall, donations flooded in to Charity 9958 to provide lifesaving heart surgery for Wu Huayan, a severely malnourished student. The organisation, however, allegedly withheld the funds, claiming that Wu did not meet the criteria needed for the operation.

One former staff member at Charity 9958, however, proffered a darker explanation: “They waited until the patient died so they could take the interest income. This income, by law, can be given as a staff bonus instead of charitable aid”.

Whatever Charity 9958’s motivations, Wu tragically died in January 2020 without ever seeing most of the funds donated to save her.

Blockchain as an antidote for corruption?

These—and countless other examples—have made it clear that cracking down on the systemic corruption in China’s philanthropic sector is essential. Greater oversight and regulation will be key, but Beijing is also hoping that a technological tool like blockchain could help restore donor trust and keep an immutable ledger of gifts.

Each transaction is embedded as a block – data containing information such as amount, timestamp, sender, and recipient – for all participants, creating an permanent, transparent digital record of transactions.

The advantages that blockchain could bring to the philanthropic sector are clear. First, blockchain provides donors with greater insight into how their contributions are distributed, allowing them to confirm whether funds are reaching their intended recipients and shining a light on how charities are managing funds.

Secondly, blockchain adds a layer of additional security. Each block is verified against other blocks across all participating networks, generating a mathematically incorruptible combination of numbers. Attempting to falsify a block is nearly impossible, meaning that blockchain could secure donations against embezzlement and other fraudulent activity.

A solution for scandals in South Korea and Thailand?

Blockchain technology has caught the attention of a wide variety of industries but has yet to make a splash in the charity sector outside of China. Other Asian countries, however, would do well to pay attention to China’s experiments with the cutting-edge technology: both South Korea and Thailand have struggled to keep their philanthropic sectors free of swindlers.

South Korea is reeling from a recent scandal in which the Korean Council advocacy group and its former leader, Democratic Party lawmaker Yoon Mee-Hyang, allegedly solicited funds on behalf of victims of wartime sexual slavery and then pocketed or otherwise misused the donations.

The group admitted to “accounting errors”  but has denied more serious allegations, including embezzlement. Investigations are ongoing—South Korean police raided several facilities associated with the group, seizing hundreds of documents connected to their operations.

Yoon Mee-Hyang, meanwhile, has faced mounting pressure to resign as allegations against her personally have cropped up. Among other serious accusations, Yoon apparently purchased a house well over market value, ostensibly to serve as a shelter for victims of wartime sexual violence—but in reality used by Yoon’s family as a residence.

To make matters worse, Yoon apparently collected donations directly into her personal bank account and diverted funds from the Korean Council to pay for her apartment and her daughter’s university studies.

“Yoon and the Korean Council were never a group helping the comfort women”, the head of another activist representing the survivors claimed. “They were just bent on creating another powerful, rich group”.

Initially, attention focused on unscrupulous monks spiriting away large swaths of cash, and Thai police raided over 30 temples suspected of carrying out financial crimes totaling millions of dollars, arresting monks on charges of fraud and embezzlement.

More recently, another kind of fraud has come to light—individuals fraudulently claiming that they had made larger donations to temples than they really did in order to claim tax deductions.

As a result of the widespread fraud, the Thai government is trying to push temples to join an e-donation system where they could track the legitimacy of donations. This is a step in the right direction, but unless such an electronic scheme is secured by something like the blockchain loopholes will undoubtedly remain for bad actors.

While the trust of Asian philanthropists has been understandably shaken by the scandals in China, South Korea and Thailand, a combination of greater government oversight and technological tools like the blockchain’s unchangeable digital ledger can restore credibility to the charity sector.