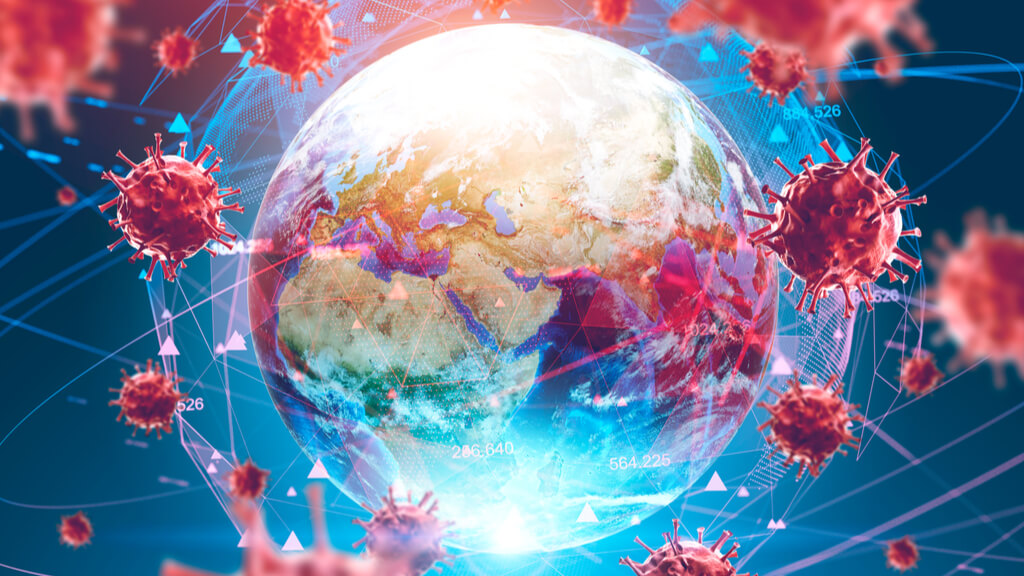 Interpol warned in early December that criminals were preparing to roll out fake vaccines--caution that has proven prescient given fresh reports that scammers are attempting to sell fake Covid-19 vaccines online.

Not only has there been a surge in domains online containing the terms 'Coronavirus’ and ‘vaccine’ which double up as phishing or malware vehicles rendering those who visit the page vulnerable to cyberattack, but bogus health care websites in their thousands are offering a range of purported vaccines at prices as high as $750 in bitcoin.

The criminals behind these schemes are only a hop, skip and a jump away from mass producing fake versions of the vaccination certificates which are likely to become a pivotal part of reopening economies around the world.

Britain will have to work in tight step with health regulators and law enforcement in order to protect the supply chain of coronavirus vaccines and keep tabs on those who have been legally vaccinated. Could a technological solution such as a vaccine visa help to foil these dastardly techniques?

The reports of fake vaccines are just the latest example of how criminals are taking advantage of the pandemic. Indeed, the International Crime Police Organisation say that the Covid-19 pandemic has catalysed “unprecedented opportunistic and predatory criminal behaviour”.

In the space of just a few months Interpol has seized 17,000 illegitimate coronavirus testing kits, while in France police recently unmasked a group of crafty malefactors capitalising on the fact that countries are increasingly asking that tourists show proof of a negative Covid test to sell counterfeit result certificates at airports.

It’s unsurprising that criminal gangs are ready to profit off of the long-awaited rollout of coronavirus vaccines. According to Interpol secretary general Jürgen Stock, criminal organisations “plan to infiltrate or disrupt supply chains, and also target the public via fake websites and false cures that could pose a significant risk to their health, even their lives”.

The news threatens to thwart British hopes which are riding on a speedy and effective rollout of a mass vaccination programme to act as the skeleton key which will reopen the economy, particularly as the country prepares to leave the EU and a new strain of Covid-19 has sent the southeast of England careening back into lockdown.

A yellow card for the NHS

In the week after the approval of the Pfizer / BioNTech jab, over 130,000 people were vaccinated across the UK and statistics suggest that by the end of January, 400,000 Brits will have been given the vaccine—a remarkable achievement less than a year after the country lowered shutters for the first lockdown.

And the UK won’t stop there, since the government plans to inoculate a staggering 25 million people in total, a figure which equates to almost half the island’s population. Similar vaccination programmes are also starting in other countries, including the US and Canada, and are scheduled to begin in Europe as soon as the European Medicines Agency authorises the vaccine.

But given the estimated £12 billion cost of the nationwide vaccination, the government will have to police the system carefully to prevent criminals from infiltrating the system. Unfortunately, left to its own devices, the overburdened NHS has come up with a low-tech paper card displaying information on the time of vaccination to the number of doses given.

The document has no digital counterpart and is easily lost, with the government asking people to “keep the card in their wallet” and photograph the document.

International governments’ experience with other vaccine campaigns should be a lesson for London. In Africa, for example, public health officials are confronting the perpetual problem of fake ‘Yellow Cards’, booklets that have long been compulsory to prove vaccination against yellow fever for those travelling into countries where the virus is present.

In Zimbabwe, authorities estimate that up to 80% of the documents in circulation are false, while in Nigeria the government has recently digitised their system as they fight a health battle on two fronts. The NHS Covid-19 vaccine cards, unfortunately, are sure to follow a similar fate to their flimsy and frequently falsified predecessors—in fact, one TikTok user is already offering to prepare fake cards for just £5 a pop, including delivery.

This too shall pass

Instead, the UK government should partner with an external authority to help track inoculation. But an effective certificate wouldn’t serve only the needs of medical health practitioners. It would also enable those who have received the coronavirus vaccine to prove their inoculation if bars and restaurants start to request it, as predicted by UK vaccines minister Nadhim Zahawi. The document might also become a requirement for international travel, as the IATA and airlines such as Qantas suggested last month.

One of the most promising systems to appear on the market is Swiss-engineered Certus MyHealth Pass designed by SICPA. The user-friendly ‘pass’ uses ‘CERTUS’ technology to ensure independent and universal verification of a QR Code using breakthrough digital seal technology and protected by blockchain.

The Swiss company is a trusted outfit that has even recently partnered with the London-based central banking think tank OMFIF Digital Monetary Institute (DMI). Certus is also a particularly interesting option since the QR Code can be reproduced on paper documents as well. Since the vaccine is first being deployed to elderly people, the UK needs an option that has a paper alternative.

Such a system will be increasingly vital as more and more people get vaccinated against the disease that has turned the world on its head. The quick and safe digital verification of those who have been vaccinated with legitimate vaccines is the easiest way to crack down on the black market trade as well as kickstart the languishing economy.

As the first country in Europe to approve the vaccine, the UK has the opportunity to set a strong precedent by accompanying its rollout with the building of a solid infrastructure around the process of inoculation.