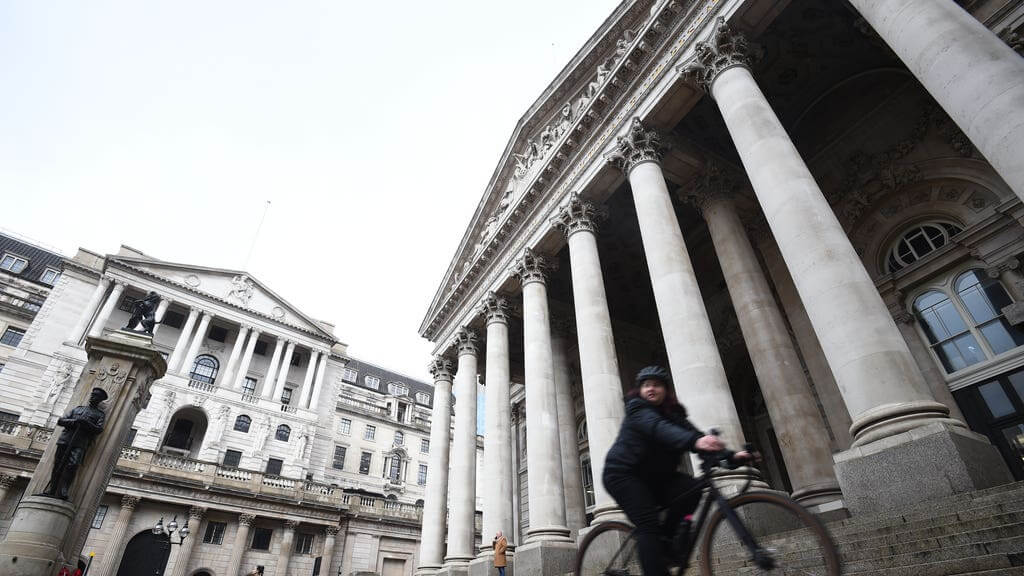 The shares in London’s top market index hit another 14-month high with little impact from Thursday’s big decisions from the Bank of England.

The FTSE ended the day firmly in the green, although a little tempered from Wednesday’s rocketing market.

The Bank of England decided to hold both interest rates and its quantitative easing programme unchanged on Thursday, but it had little effect on the markets, said Spreadex analyst Connor Campbell.

“The Bank of England failed to help either the FTSE or the pound this Thursday, though the MPC (Monetary Policy Committee) did provoke a rollercoaster of reactions as it progressed through its various headlines,” he said.

The Bank also decided to slash the size of its weekly bond purchases by £1 billion to £3.4 billion.

Mr Campbell said: “The BoE was keen to stress that this move should ‘not be interpreted as a change in the stance of monetary policy’. Nevertheless, this decision, and the direction of Haldane’s vote, could be laying the groundwork for a more substantial change in the coming months.”

The FTSE’s rise was ahead of its European counterparts. The Dax in Germany rose 0.2%, while the Paris Cac was up 0.3%.

In the US markets were more positive. The Dow Jones had gained 0.6% and the S&P 500 was up 0.4% shortly after European markets closed.

Investors in Superdry were pleased by the company’s latest update, sending shares soaring nearly 19% after the retailer revealed “light at the end of the tunnel” with a rise in revenue in recent months.

One of the day’s other big success stories was Reach. The publisher of the Daily Mirror and other newspapers said that it will likely do better than analysts expect, sending shares up 6.6% by the end of the day.

Next also ended the day in healthy territory, up 1.7% after bosses raised profit targets following a strong few months.

Expectations are also rising at Barratt Developments, which “modestly” increased the number of homes it expects to build this year. Shares rose 1.8%.

Rio Tinto revealed that more than 60% of its shareholders had voted against the pay package handed to its chief executive, who left last year. Shares rose 1.1%.

Aston Martin more than doubled the number of cars it sold in the first three months of 2021, compared to last year. Shares fell 0.5% after the news.