It comes as fresh evidence for dramatic changes happening in UK high streets, brought on by pressure from online shops and evolving consumer tastes.

It adds up to a total net reduction of nearly 1,000 shops year-on-year.

Mike Jervis, insolvency partner and retail specialist at PwC, said competition from online had played its part, but also one-off factors including more regulation on payday lenders and the collapse of Phones4U due to an expired contract.

"This year’s numbers expose the harsh impact of ‘macro’ changes on the high street, especially in certain sub-sectors,” he said.

“Regulation has blindsided the money shops, the advance of technology has hammered some phone operators and the internet continues to dent the clothing sector.

“Despite the benign economy, the net loss of shops has accelerated. The insolvencies of Phones4U, Blockbuster, Albemarle & Bond, and La Senza, a diverse cross-section of the retail market, epitomise these factors.

He added: “Despite the continuing problem of closures, new sub-sectors, such as discount shops and charity shops keep growing. The strength of the restaurant and fast-food sectors is also a fillip for the high street.”

Among the high street winners were postal, packing and shipping shops, which experienced 21% net increase in numbers, as well as tobacconists and e-cigarette shops, numbers of which swelled 42%.

Going the other way were video libraries with a 100% net decline, mobile phones down 18%, travel agencies down 5% and pawnbrokers seeing a 17% slide.

Matthew Hopkinson, director of The Local Data Company, said: “Our town centres continue to evolve away from traditional shops and services to leisure - food & beverage and entertainment.

“This is reflected by American and British restaurants featuring in the top 10 risers along with the impact of click and collect services showing a 20% growth in 2014.

“Change will continue and the area to watch in 2015 is the battle of the convenience and food store sector as supermarkets, the discounters and pound shops fight it out.” 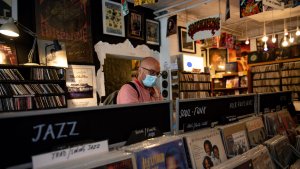 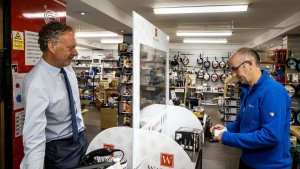 What Must Non-Essential Shops Do In Order To Safely Re-Open From Monday? 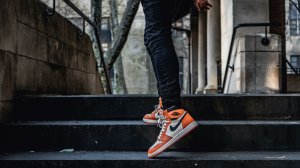