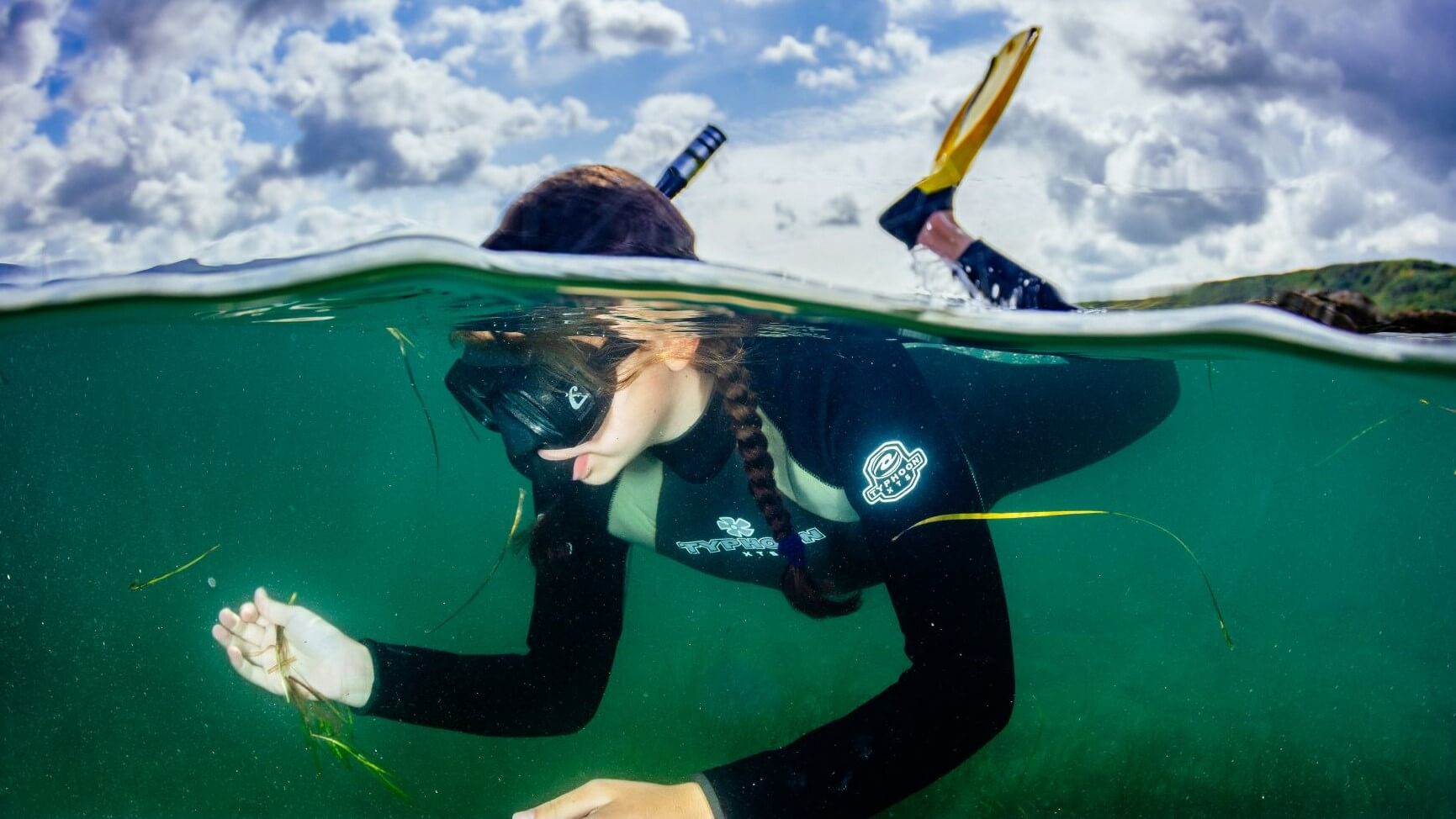 Acres of lush underwater seagrass meadows are to be restored off the coast of Wales to help wildlife and tackle climate change, conservationists have said.

Sky Ocean Rescue, conservation organisation WWF and Swansea University are launching what they say is the biggest seagrass restoration project ever undertaken in the UK to help the habitat thrive again.

A million seeds of the “wonder plant” have been gathered from existing meadows in shallow, sheltered areas along the UK coasts, reached by volunteers snorkelling, diving and wading in to get them.

They will be planted this winter over 4.9 acres (20,000 square metres) of Dale Bay in Pembrokeshire, which has lost its seagrass but is suitable for the plant’s return.

The organisations say the “cutting-edge” pilot could create a model which could pave the way for large-scale seagrass restoration throughout the UK, if it is supported by governments around the country.

The move follows the disappearance of up to 92% of the UK’s seagrass in the last century, caused by pollution, runoff from the land, coast development, and damage from boat propellers and chain moorings.

Seagrass meadows act as a nursery for a wide variety of marine life, from endangered seahorses to sea snails, and 2.5 acres (10,000 square metres) of seagrass can support 80,000 fish and 100 million invertebrates, the experts said.

It protects the coasts from erosion by absorbing wave energy, is a crucial habitat for many of important fish such as cod, plaice and pollock, produces oxygen, and helps clean the ocean by absorbing polluting nutrients.

It also captures carbon from the atmosphere up to 35 times faster than tropical rainforests, making it an important part of tackling climate change.

Globally it accounts for 10% of annual ocean carbon storage despite only taking up 0.2% of the seafloor, the conservationists said.

Alec Taylor, WWF head of marine policy, said: “Seagrass is a wonder plant that doesn’t get the recognition it deserves, so its steep decline is extremely concerning.

“Without seagrass the myriad of amazing species that depend on it could disappear, the food we eat will be affected, and the amount of carbon in the environment will increase.

“Along with Sky Ocean Rescue and Swansea University, we are urgently calling on governments to use the model our project is creating to bring back these lush underwater meadows.

“Governments also need to work with local communities to ensure that these vital areas are well-managed.”

Dr Richard Unsworth, of Swansea University, who is also director of the conservation charity Project Seagrass, said: “If we want to provide our fisheries and our coastlines with the potential to adapt to a rapidly changing climate, we need to restore the habitats and biodiversity that support their productivity.

“Providing a demonstration of the potential for restoration of our marine environment to be meaningful will hopefully act as a catalyst for further recovery of our UK seas.”

The seeds for the restoration scheme were collected from around the coasts by volunteers who snapped off the blades containing the seeds, which does not harm the plant, and taken to laboratories to be sorted and prepared.

They will be put in hessian bags to secure them when they are planted on the seabed this winter at the site, which has the right features in terms of the water depth and light levels to thrive there again.

The experts are working with local communities to design the project and choose the exact site so it does not affect local livelihoods and lifestyles.

It also aims to increase the understanding of the importance of seagrass and the benefits it can bring to the area, the organisations said.