Retail giants including McDonald’s and Primark announced full store closures due to the coronavirus pandemic amid growing concerns about safe social distancing.

Prime Minister Boris Johnson has faced calls for tougher restrictions especially in London, such as only allowing food stores and pharmacies to remain open.

But thousands of outlets pre-empted any decision by voluntarily closing their doors.

McDonald’s announced that it will close every single one of its restaurants in the UK and Ireland from 7pm on Monday, following concerns about maintaining safe social distancing.

There are approximately 1,300 McDonald’s restaurants in the UK and Ireland and the decision will affect 135,000 staff members.

Paul Pomroy, chief executive of McDonald’s UK & Ireland, said he was “proud” of employees who had taken “every step” to keep customers safe.

“We have not taken this decision lightly and know that our restaurants have been playing an important role in the community providing hundreds of thousands of free drinks to frontline health and social workers and emergency services personnel,” he said.

“But I have been clear throughout this that we would only continue to operate whilst it was safe for our people and together with our franchisees, we feel now is the time to make this decision to temporarily close.

“I want to thank every single one of our 135,000 employees. I am so proud of them all for adapting so quickly to a constantly evolving work environment, taking every step to keep our customers, couriers and teams safe and looking after each other so very well.”

Mr Pomroy added it had “become clear that maintaining safe social distancing whilst operating busy takeaway and Drive Thru restaurants [was] increasingly difficult”.

Late on Sunday evening, Nando’s said it would be closing more than 400 restaurants in the UK.

In a post on Twitter, the company said: “The health and safety of our customers and team is our highest priority.

“We have decided that the best course of action right now is to temporarily close our restaurants until further notice.

Mr Johnson said on Sunday the Government was ready to impose tougher restrictions to curb the spread of the coronavirus if people do not follow the guidance on social distancing.

Other fast food restaurants such as Burger King, Subway and KFC remain open but have changed to “take away” only.

Restaurant chains that have closed due to the Covid-19 outbreak include Pizza Express, TGI Fridays and Bill’s.

Zizzi, Ask Italian and Prezzo were the first to implement temporary closures on Thursday, before a full closure of pubs and restaurants was announced by the Prime Minister.

Patisserie Valerie chief executive James Fleming said both its in-store and online services will also cease as of Monday.

“This is unprecedented and never have I had to make such difficult decisions,” he said.

“I do however genuinely believe that with the support and loyalty of our wonderful teams and guests, Patisserie Valerie will come back stronger and better than ever.”

Meanwhile, fashion retailers have also been hit by the coronavirus crisis.

On Sunday Primark confirmed that it was closing all 189 of its UK stores, affecting around 37,000 jobs – though employees would be paid in full for the next 14 days, the company said.

The John Lewis Partnership said it is the first time in its 155-year history that it will not open its shop doors for customers – but its online services will continue.

HMV closed its stores for trade at the end of Sunday, although customers could still order through the website, with Foyles and Waterstones both closing their doors at the end of trade on Monday.

Bosses at Cineworld were sent an open letter by a group of 800 staff who were made redundant after the cinema chain closed all its UK venues on Tuesday – causing pay cuts of up to 60% and scores of redundancies. 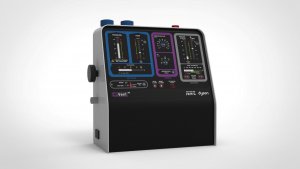 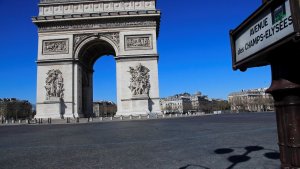 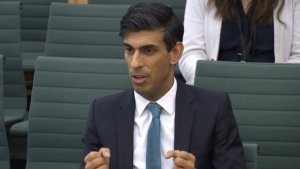