Shares in Ted Baker have soared after reports that the brand’s founder is planning to take it off the stock market with a takeover.

It followed a report by the Mail on Sunday that Ray Kelvin, Ted Baker’s founder and former boss, had considered backing a buyout of the company which would take it off the London Stock Exchange.

Mr Kelvin, who still owns 35% of the business, was forced to step down earlier this year in the wake of a misconduct scandal.

Current and former employees alleged that he had made inappropriate physical contact with them, enforcing a “hugging” culture at the company.

Accusations were also made that he massaged employees, kissed their ears and asked some to sit on his lap.

In the fallout, Mr Kelvin stepped down from his position as chief executive and Ted Baker’s HR procedures were overhauled.

It is now thought that he has made “discreet” enquiries into a possible buyout by private equity or a consortium of investors which would leave current management in place.

It is understood that CEO Lindsay Page, who took over the running of the business after Mr Kelvin’s departure, would be invited to help run the business.

Recent months have seen tough times for Ted Baker, with shares tumbling in June as it issued a profit warning.

The group blamed the latest trading troubles on “difficult and unpredictable” conditions as well as unseasonable weather in the US and intense discounting across its global markets.

It also admitted it had “experienced some challenges” with its spring/summer collections, which it claimed have now been addressed. 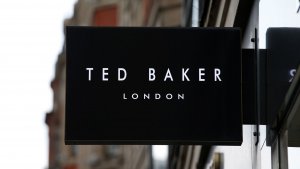 Ted Baker Bosses Quit As It Warns Over Profits