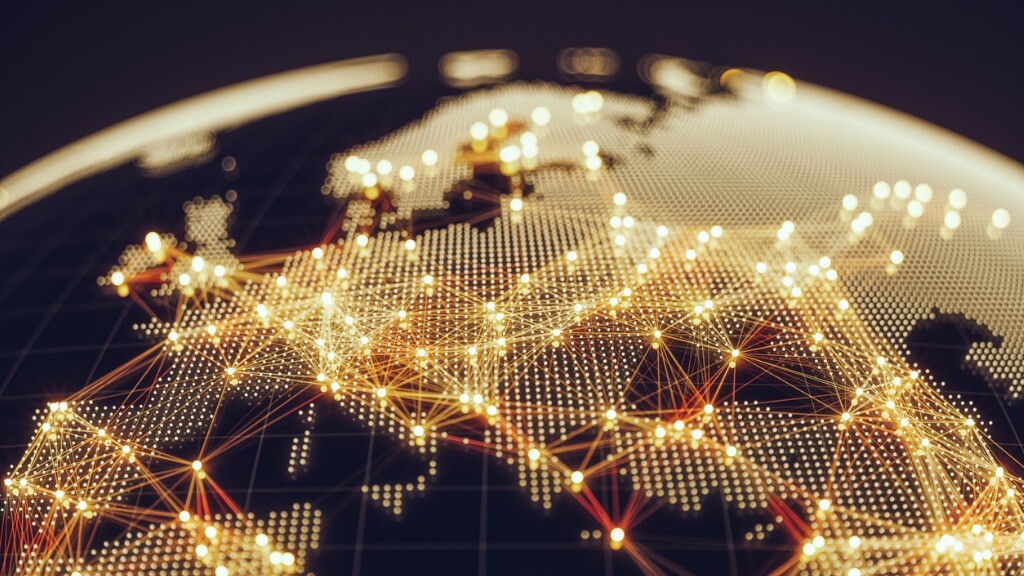 Italy’s 26.2 million households were confined predominantly to their hearths over the holiday period amidst a confusing series of stop-and-go regulations.

The desperate attempt by PM Giuseppe Conte to prevent another depressing spike in cases among his country’s ageing population left Italians clinking glasses of prosecco with loved ones via Zoom and other digital forms of communication.

And they weren’t the only ones - on Boxing Day in England alone, a record 210 petabytes was consumed across the UK network.

This digital dependency over Christmas is yet another reminder of just how much online connectivity has transformed into a veritable lifeline for the whole of Europe. It is therefore a pity that Italy’s internet connections really aren’t up to the task, especially in underserved rural areas. Worse still, panic-fuelled politics threaten to further put the brakes on progress.

Italy ranks 57th out of 68 for ease of access to speedy internet, cashless transactions and other basic digital services. A mere 60% of homes in Calabria and Sicily have an internet connection, and outside of the cities, connectivity plummets across the board.

The Digital Economy and Society Index from 2020 highlights just how bad the digital divide is on the boot. Italy comes in fourth from the bottom on the general index of 28 member states (which still includes the UK), jostling with Romania, Greece, and Bulgaria respectively for last place.

Those affected by this discrepancy include the youngest members of Italy’s population, who will recommence learning from home this month.

Poor internet connections and lack of focus renders remote learning far less efficient, increasing fears that it will augment school drop-outs. Italy’s older generations, too, are suffering, particularly as they often reside outside of urban areas.

This is a sorry state of affairs as Europe moves into the second year of what President of the European Commission, Ursula Von der Leyen, has dubbed the ‘Digital Decade’.

Italy understands that it has a problem, but political turmoil has kept it from sticking to a coherent strategy for fixing it.

Despite Conte’s recent statement that the government will “support and improve the lives of families, workers, businesses, protect the right to health of citizens, ensure a future for our young people”, Conte has been decidedly distracted by a penchant for nationalisation.

As of late, companies as diverse as Italy’s flag carrier airline Alitalia and motorway concessions company Autostrade per l’Italia have been targeted for de-privatisation, as the government takes full advantage of the European Commission’s temporarily slackened anti-competition laws.

This meddling has not gone unnoticed. The current political crisis which threatens to topple Italy’s government can be traced in part to ex-PM Matteo Renzi’s opposition to Conte’s serial pursuit of re-nationalisation and the probability that his government will use some of its €209 billion in European recovery funds to these ends.

But a recent broadband polemic illustrates just how misplaced Conte's priorities are.

Where previous governments sought to stimulate much-needed competition in the ultrafast broadband market – even establishing Open Fiber, a government backed broadband provider, in 2015 – Conte’s government is in the process of undoing all that good work.

His coalition is currently finalising a complicated tying up of the fiber broadband sector into a single company named AccessCo under the aegis of Telecom Italia (TIM). The merger is being aggressively fast tracked as Rome appeals to its populist electorate by touting the measures as a means of backing Italian companies.

But the coalition's desire for dirigisme is particularly worrying in the case of the country’s telecoms. It threatens to roll back over five years of progress, in which Open Fiber’s presence on the market turbo boosted broadband rollout as part of a broader trend towards new communications technologies on the peninsula.

Italy today is, in fact, one of the best performing EU countries in terms of 5G ‘pioneer bands’ and the only country where the 26 GHz band is currently assigned for 5G use.

The IT sector is fundamental to the country’s economy as a share of Italy’s GDP, equating to €61 billion or 9% in 2020. There is no margin for error at a time when the country is at its most vulnerable, and a reliable broadband network so crucial.

Italy's communications watchdog, AGCOM, is now investigating whether the antitrust claims have legs. EU consumer groups, too, have flagged the undesirable effect this vertically-integrated business would have on the Italian everyman if the country returns to a competition-stifling monopoly.

The chairman of Open Fiber himself has stated his belief that such a move will make it harder for Italy to access EU recovery funds. Nevertheless, despite all of the opposition, Conte’s government seems undeterred, even as his government risks collapse.

One of Italy's key Covid lessons has been that the country needs a more reliable and more accessible Internet network. The question is whether this government – or the next one – will have a solid plan for getting Italy up to speed.

This is a particularly inopportune time to risk stifling the IT sector by pushing through a tie-up that will leave Italians at the whims of a new monopoly; whereas the proposed mash-up of broadband infrastructures aims to produce a ‘national champion’, what the country really needs is competition.