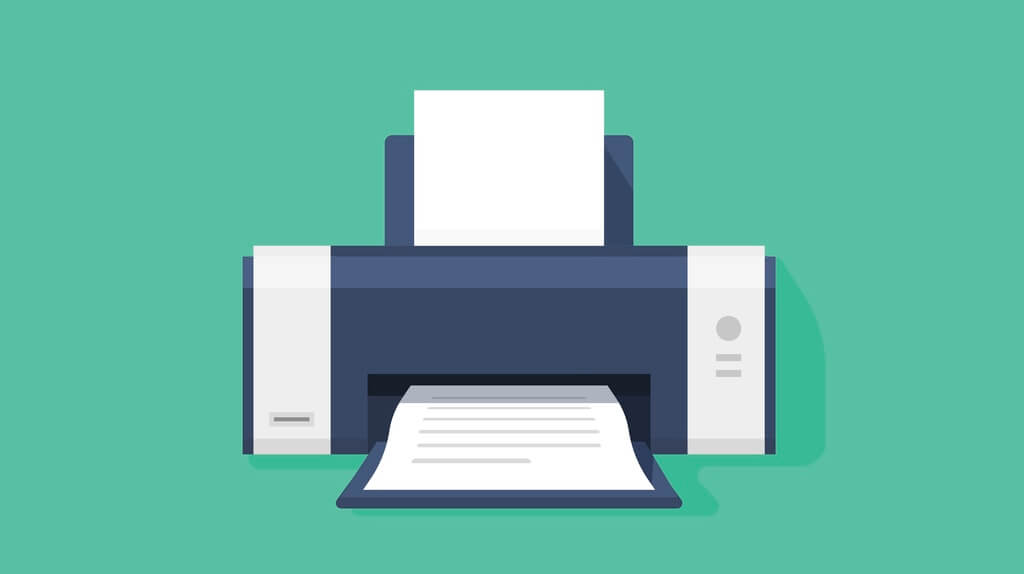 The humble printer. So innocuous, sitting there in the corner of the office, waiting to print out that second-quarter sales report. Yet according to a survey commissioned by Hewlett Packard in 2018 and conducted by Spiceworks, printers are 68 percent more likely to pose an external security threat than even four years ago.

So why is that?

Mainly because your IT department and other employees using it can’t be bothered to use passwords, or when they do, they’re so easily guessed that you might as well not have one. Perhaps your employees just don’t realize the threat.

However, with the advent of multi-purpose printers – which can scan, copy, and even fax – along with their ability to store information, Internet crooks target them as a company’s weakest link.

Yet don’t be fooled if you’re still using a 20 plus-year-old printer. We’ll get to that.

Of IT professionals, 84% have security policies in place, but only 64% include printing in that policy. In North America, just 52% do. If you aren’t considering your printers in your system’s security policies, your security, and productivity, will suffer.

These are some of the things that can happen:

Outdated and misconfigured printers can also allow business-threatening break-ins into your corporate network.

They can become a foothold for hackers seeking to increase YouTuber giant PewDiePie’s already massive fan base, as happened in late 2018 to 50 thousand printers around the world. Or, even worse, hackers could steal customer data, along with other valuable business information, that can seriously damage your company’s reputation.

This is why you need to regularly audit your printers. While your IT department might think this is a mundane and relatively unimportant task, not evaluating your print network can prove to be costly.

Often older printers have lax security, and it’s a misconception that hackers need a printer that’s smart to gain access to your network, according to Check Point Research. In fact, the fax function of those ancient 1990s HP printers can infiltrate your company’s network, essentially becoming a hacker’s backdoor to access any device connected to it.

IT departments tend to ensure other devices, such as desktops or laptops, are locked down and secured with passwords. Many IT professionals hold outdated views about printer security, perceiving that printers are safe, at least inside the network’s perimeter. Fortunately, that laissez-faire attitude towards old printers is changing.

Besides which, what are you doing with a 1990s HP printer in any case? Perhaps it’s time to upgrade.

Along with keeping your printing safe from hacking jokesters promoting YouTube channels – as well as those pesky hackers installing spyware and other malware –  are the productivity issues involved in maintaining outdated tech. Older printers require far more energy than newer ones. Research has shown that 20-year old printers can cost 15 times more to operate than newer devices.

Ideally, you want to utilize your printer’s full capabilities, and a multifunctional one that scans, copies, faxes, and prints is a no-brainer, as it’s four machines in one. Additionally, modern smart printers can more easily prevent hacking and self-repair, while also streamlining workflow, automatically collecting data, and generally making a more efficient workplace. When you install smart printers with analytics built-in, it can help you create more efficiency within your workplace, deepening your understanding of what it takes to maintain the device and ensure your employees’ work goes on uninterrupted.

Speaking of printer productivity issues, another way to cut costs involves using remanufactured ink cartridges rather than from the printer’s manufacturer, which can save you 60% or more on the price of a new cartridge direct from the manufacturer. In fact, small manufacturing companies like Yoyoink are disrupting big printer brands like Canon, HP, and Epson by competing in this market with their affordable options.

Yes, there are those dire warnings in every name-brand printer’s user manual that decries the risks inherent in using remanufactured toner cartridges. But that’s really just manufacturer’s hype.

Outdated tech within your network creates issues much worse than inefficiency. Developing a strategy around the printers in your company’s systems – along with other technology that may require updating – and auditing them on a regular basis, will help you maintain hold over the applications and infrastructure upon which your business relies.