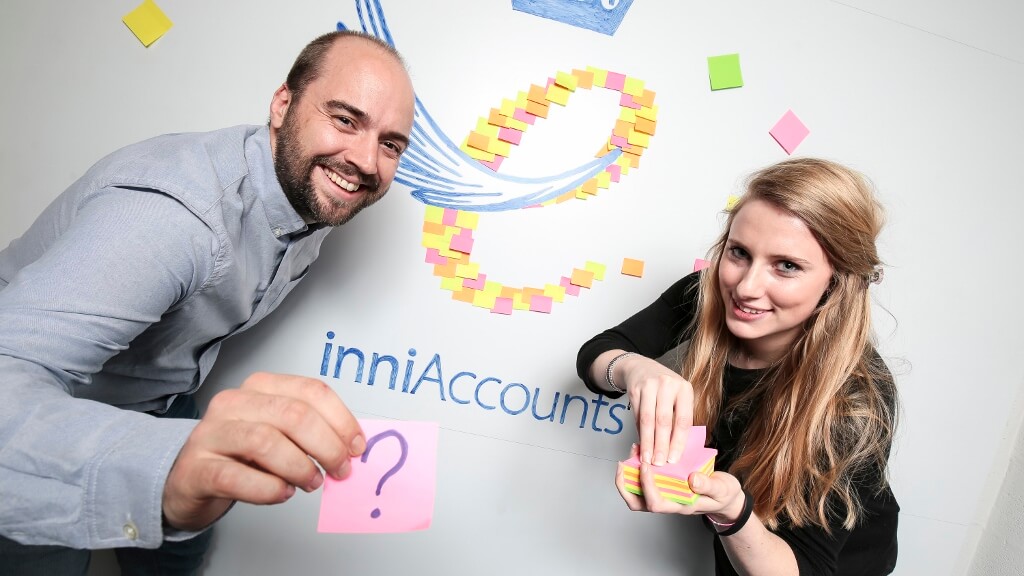 I owe a lot to Aurthur Fry and Silver Spencer, the accidental inventors of Post-Its. That’s not something I ever thought I would say – indeed I can’t imagine many people would. After all they are a handy piece of paper to screw up and hurl at the wall in a moment of frustration, and now the prankster’s weapon of choice when combined with an illegally parked car.

But when I was asked which tools were instrumental in us achieving a Queen’s Award for Innovation, I honestly couldn’t say anything other than the Post-It note. You see, every idea, every problem to solve, every innovation, starts life on a Post-It.

Subconsciously we’ve been using them as the route to innovation for ten years and as a result they’ve made our path to innovation easier. Here’s why.

Post-Its keep it real – it’s us not them

It’s easier than you think to be innovative provided you are prepared to listen. It takes courage, but changing your perspective is a fundamental part of innovation. If you’ve ever found yourself saying ‘well they just don’t get it’ then it’s time to pack up and go home.

If your customer is experiencing the same difficulty time and again, then it’s a sign you have a problem – and quite possibly a sign that your competitors do too.

Some of our best innovations have come from solving a problem no one else has been prepared to solve. We learnt early on that if a customer was generous enough to tell us they were frustrated by a part of our system, or the accounting world in general, then it was an indicator we needed to change and could take a lead.

These problems are treated as ideas, put on to a Post-It note and only leave the board until they are a solution. It may take hours, days or months, but if it will add value to the customer, and differentiate us then we fixate on it. 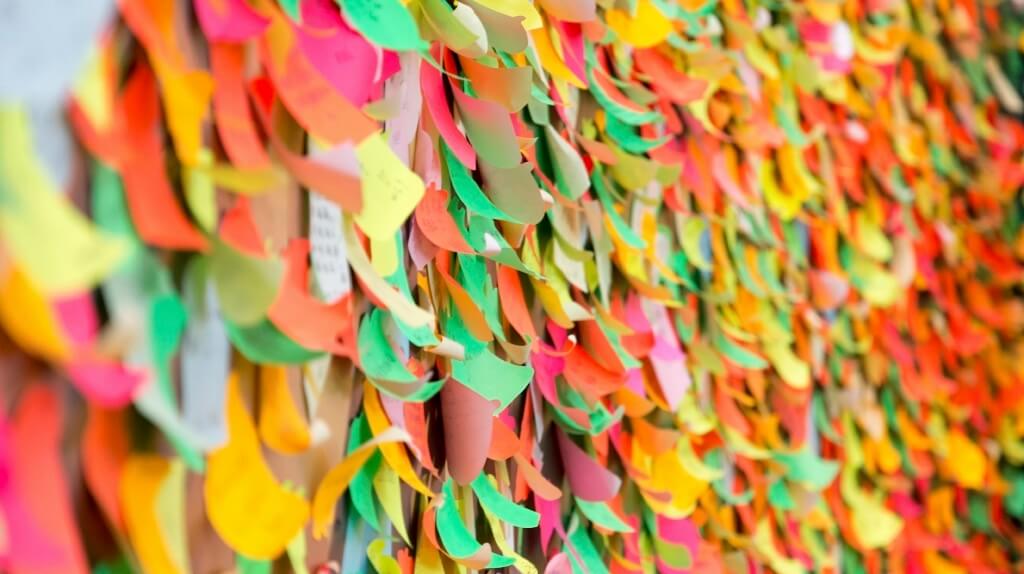 An artist's impression of the InniAccounts HQ

Post-Its act as a living tally

They are a brilliant way to gauge demand. ‘Feedback is a gift’ but you’d be a fool to go on a wild goose chase if the commercial benefits were slim. That’s why each time a problem is encountered, or the idea is mentioned, we add a tally to the post it note. Eventually the numbers speak for themselves and you can prioritise your investment in time and money to find the solution.

You’d go out of your mind, as we once did, managing ideas on Post-Its. That’s why Post-Its are now a final stage in our process for gathering ideas. We’ve developed three ways to gather feedback that are electronic but inform the paper chain.

Put your forensic hat on, and read through emails and chat transcripts from clients. This is much easier if you've got a CRM or helpdesk system. It's very passive, you can't probe for details, but will flush out common niggles and concerns that wouldn’t reach you otherwise.

If you don’t’ ask, you don’t get. We send a survey to each client, every three months. The survey is completely anonymous and has both rating scales and free-type boxes. The anonymity is key here - it encourages people to be honest, and at times can make for unpleasant reading, but it will expose areas in your business that need some innovative thinking. It’s how we arrived at the mantra ‘it’s us not them’.

Listen to, or better still, take calls from customers

We've got a team of accountants and account managers who answer the phone, but I found myself covering for a member of staff and taking calls from potential clients for a couple of months. It was very valuable. It was from this direct interaction that we spotted a common source of anxiety - namely they were worried about being out of work.

By listening to calls we realised that there was an opportunity to deliver market innovation in our pricing. It also shifted my thinking. Not all innovation is technical. 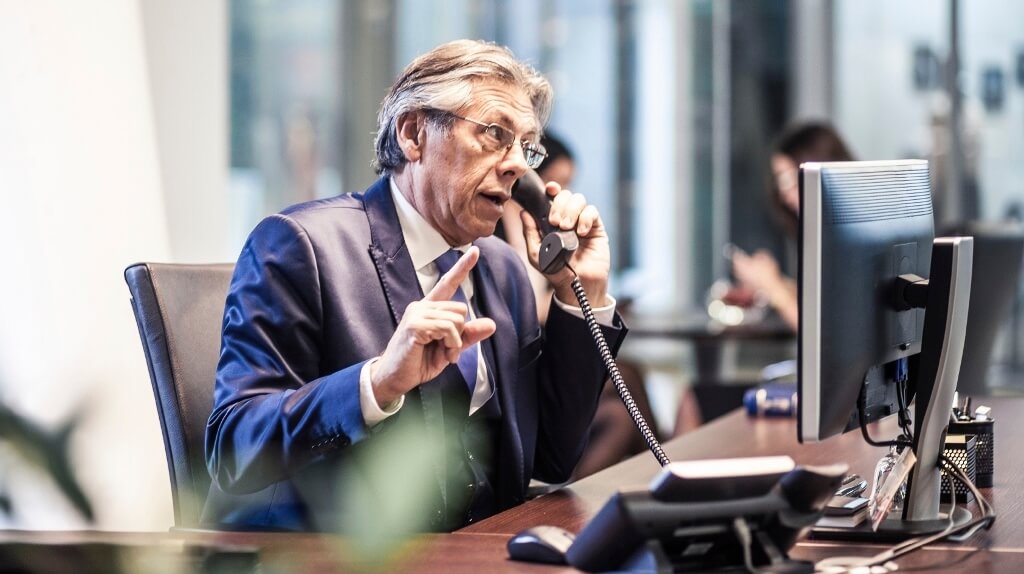 Strange as it may sound, Post Its will stop you from being overwhelmed. Remember that if you try to fix every problem you'll put yourself out of business for two reasons. Firstly the cash and resource needed is just too prohibitive especially if you are just starting out, and secondly you'll end up with a directionless service that means nothing to no-one.

Your job as an entrepreneur is to understand where the value truly is - that's where Post-It notes are a god send. Here's a method I like to use:

Group them by client segment. (You do segment your base, right?) By doing so, you're acknowledging that you're not out to serve the entire market - you're just focusing on a subset.

Draw a circle on a whiteboard for each of your segments, and stick the Post-It notes in the segment where the problem exists. If you've got a small number of segments, a Venn diagram will be useful.

Pick which segment is your ‘bullseye’ segment - you should have one that is the most commercially important to your business. It’s their problems you should focus on.  That’s how you prioritise your resources based on your commercial goals, and it’s how you take a shortcut to innovation.

Post-Its help you stretch your thinking

When you’ve identified the ‘bullseye’ problems that’s when you should gather your wider team and start talking. Get a good cross section of people involved early on as that will challenge the thinking. We don’t just involve software developers in technical solution design, accountants get involved too.

Move the sub set of Post It notes around. Draw links between them. Discuss the problems, prioritise them, challenge your processes and engage your collective creative minds to identify how the problem would be solved if there were no boundaries. 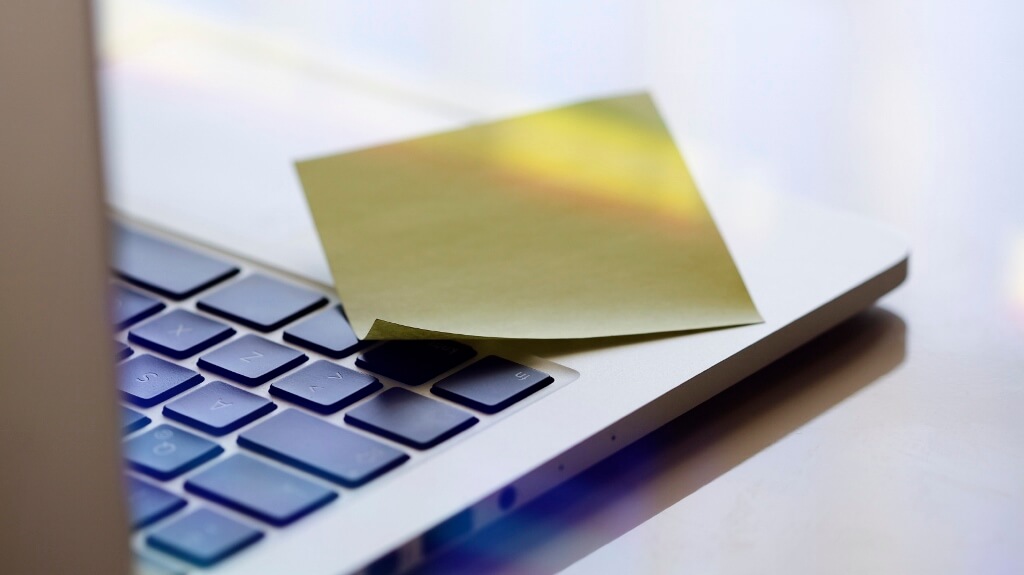 Ode to the Post-It: A 20th century innovation that keeps getting better

That’s how you turn ideas into products that are differentiated. But creating products that are market leading goes a step further. The real innovation comes from solving the problem and then looking for the opportunity to surpass customers’ expectations when you launch them.

We’ve often found that we’ve hit on something unexpected and game changing because we’ve strung sets of Post-Its together. Found connections that weren’t obvious before. Identified a gap in the market that was staring us in the face.

While I’d love someone to invent an electronic, greener alternative, it’s for all these reasons you’d be hard pushed to move my team away from the satisfaction that is a Post-It. 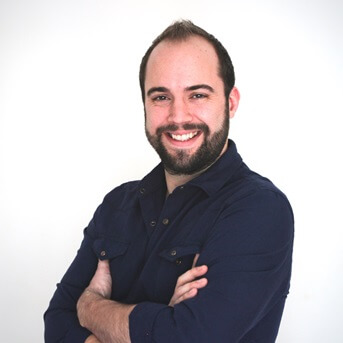 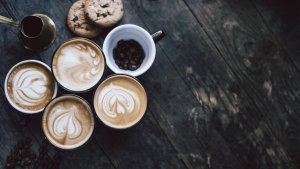 Making Coffee Accessible To Everyone 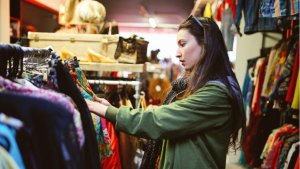 How Brands Can Win In eCommerce