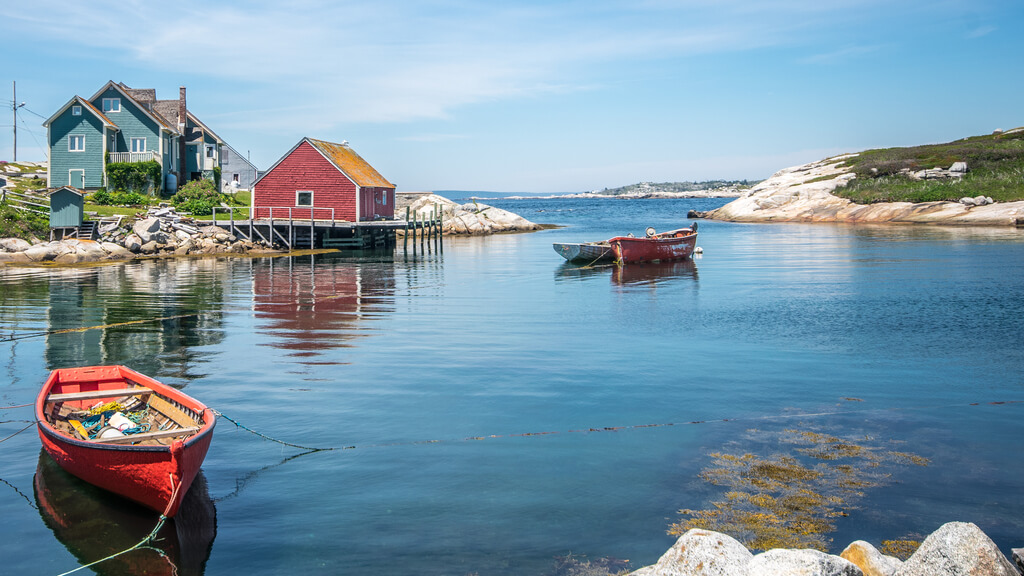 Netflix hasn’t released specific numbers—but the streaming giant’s traffic has soared as billions around the world are quarantined due to the coronavirus pandemic. In the UK, broadband use has increased by as much as 60% since the majority of the population has been staying at home, largely thanks to streaming and video game downloads.

The uptick in traffic, in fact, was so remarkable that Netflix and other platforms have decreased bit rates across Europe to try and conserve bandwidth.

This streaming time doesn’t need to be all guilty pleasures and Tiger King, either. One particularly thought-provoking documentary recently released on Netflix addresses an important issue which has yet to receive the attention it deserves.

Ellen Page’s directorial debut, There’s Something in the Water, has lifted the veil on her native Nova Scotia’s uncomfortable history of environmental racism—and should prompt British viewers to take the UK’s own ecological inequality more seriously.

The feature-length documentary, for which the Oscar-nominated actress footed the bill herself, explores how Black and Indigenous Canadians have disproportionately suffered the consequences of lax government oversight over corporations’ problematic environmental practices.

The film highlights three particular cases: that of the Northern Pulp paper mill, which has polluted a harbour near the Pictou Landing First Nation with toxic effluent; that of a black community in Shelburne with an uptick in cancer cases which they believe are linked to fires at a nearby dump; and that of a group of Mi’kmaq women’s fight to stop Alton Gas from dumping brine into a river vital to their fisheries.

30-year-old TV footage included in the documentary’s section about Northern Pulp is particularly powerful, as it highlights how the mill’s owners and local officials spent decades brushing off the Pictou Landing First Nation’s concerns and breaking their promises to clean up Boat Harbour.

Not only did Nova Scotia fail to hold Northern Pulp to account, but—even as thousands of fish died in water that had turned brown and foul— the provincial government continued to bankroll upgrades to the paper mill, lending mill owner Paper Excellence some $85 million.

Steps in the right direction

In interviews, Ellen Page has explained that she felt an impetus to make the documentary as swiftly as possible to draw global attention to fights for environmental justice which are very much still going on.

Recent events following the filming of There’s Something in the Water have suggested that some of the groups profiled in the documentary may have happy endings to their decades-long battles against corporate interests.

The Northern Pulp mill finally closed down at the end of January 2020—though Paper Excellence is suggesting it wants to reopen the controversial facility. What’s more, in late March Canada’s supreme court denied Nova Scotia’s appeal of a lower court ruling that the province must consult with Pictou Landing on the use of public money to clean up the polluted harbour.

A judge ruled that Nova Scotia’s environment minister failed to adequately consult the indigenous group and address the issue of treaty rights when approving Alton Gas’s plan to pump brine into the Shubenacadie River. The provincial environment department now has 120 days to work together—remotely, given the ongoing pandemic—with the First Nation on finding a more acceptable solution.

Unfortunately, There’s Something in the Water only showcased three Nova Scotian examples of what’s a global problem. A plethora of research has highlighted the high degree of environmental injustice in the United States—but in the UK, as in Canada until Page’s documentary, this social issue has largely slipped under the radar.

This is in part because environmental injustice in the UK is often more subtle than it is in North America. For one thing, it predominantly—though not exclusively— falls along economic, rather than racial, lines.

A landmark 1999 report by the international environmental network Friends of the Earth sounded the alarm over environmental inequalities in the UK. Among the report’s worrying findings was the fact that there are as many as 130 times more polluting industrial sites in low-income areas of the UK as in more prosperous zones.

At the time the report was released, only 5 of the biggest and most polluting industrial sites were located in neighbourhoods with an average annual income of more than £30,000—while 662 were situated in areas where most households made under £15,000.

The Friends of the Earth report received a spate of press coverage at the time and there was some nascent political motivation to address these inequalities. The few studies on environmental injustice in the UK that have been carried out in the intervening 20 years, however, suggest that little has changed.

The UK’s lower-income populations are more likely to live near contaminated rivers, polluting industrial sites, and waste management sites. All of London’s non-recyclable rubbish is processed in two of the capital’s poorest areas—something that’s particularly concerning given that the country’s ageing landfills have been dubbed “toxic timebombs” at risk of leaking hazardous chemicals.

A study released last year indicated that, not only do lower-income communities bear the brunt of the UK’s air pollution, the gap in air quality between the most prosperous areas and the most disadvantaged neighbourhoods has actually widened over the past decade.

This inequity has taken a back seat, in the UK as in Canada, to other ecological priorities. There’s Something in the Water lifted the lid on how authorities in Nova Scotia failed to ensure that companies were not saddling minority communities with polluted waterways and noxious air.

Hopefully the documentary will spur viewers around the world to put pressure on their own governments not to make a similar mistake.