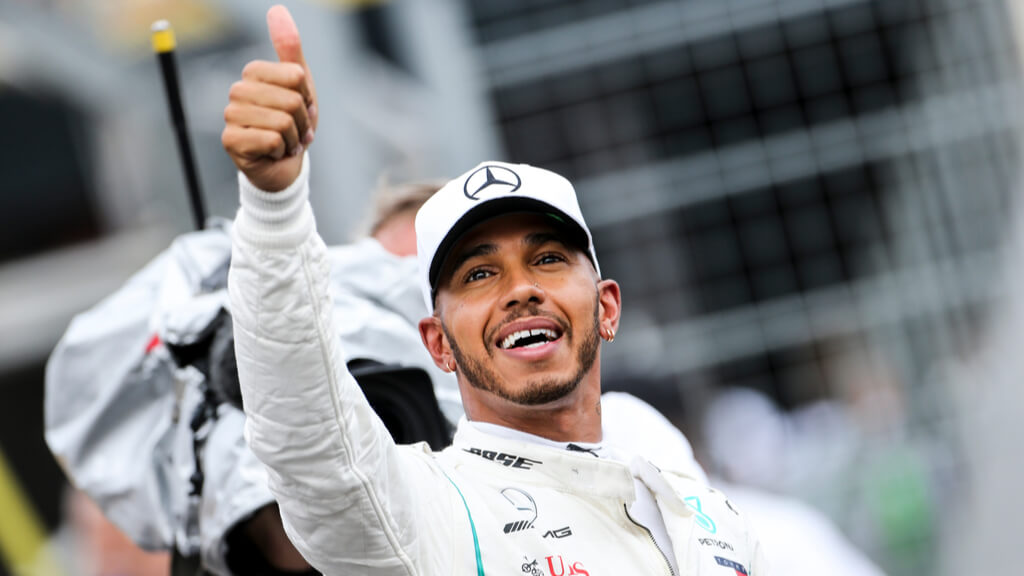 Lewis Hamilton is one of the greatest Formula One racers of all time, and he currently holds some outstanding records, being also very close to the biggest ones.

The British recently won the Hungarian Grand Prix for the eighth time in history, his first win there being in 2007. That equals Michael Schumacher’s record for most victories on the same circuit.

The German established the record in 2006, at the French Grand Prix in Magny-Cours, where his first win was in 1994. The two drivers also share seven wins at the Canadian Grand Prix.

But that is just one of Schumacher’s – and the Formula One’s overall – records Hamilton was going after at the start of this season. And the list is quite impressive.

The next one on everybody’s minds is the most wins for a driver. Schumacher peaked at 91, in 2006. In that year, the great champion retired for the first time, at 37 years of age.

Hamilton, on the other hand, already has 86 wins, and there are still 7 races confirmed for this year. That means he theoretically can equal and surpass Schumacher’s record. The brit is 35 years old, and the gap between him and the third place all-time is huge – the 33-year old Sebastian Vettel, who has 53 wins.

This is the same ranking when it comes to the very next record Hamilton can break three races from now – most podium finishes. He has 153, while Schumacher peaks at 155. Vettel trails on third, with 120 podium finishes.

Furthermore, the brit has the higher percentage of wins out of the total starts in the last half of century, being the fourth overall. With over one third of the races won, Hamilton is closing down on the third spot in this ranking.

His dominance is really huge in the past years. In 2018 and 2019 he won 11 races, just two short of the record shared by Schumacher (2004) and Vettel (2013). Hamilton is also at his 14th consecutive season with at least one race won, which is one season less than Schumacher’s record.

But the biggest record Lewis Hamilton can match this season is the number of Formula One titles. He currently is the second all-time, after Michael Schumacher, with six championships won (2008, 2014-2015, and 2017-2019).

Schumacher won his seventh and final title in 2004, and the only other drivers with more than 3 titles are Juan Manuel Fangio (5), Alain Prost and Sebastian Vettel (4 each).

Hamilton was incredibly close in 2016, when he finished second just 5 points behind his teammate Nico Rosberg (380 vs 385). Had he won then, he would have been now the record holder for the most consecutive championships. He has three consecutive titles, while Michael Schumacher has five in a row.

No wonder, then, that Hamilton is still the main favorite for Drivers Championship 2020, by far, with -670 odds at Unibet Betting Pennsylvania. The brit is followed by the Finnish Valtteri Bottas (+425) and the Dutch Max Verstappen (+2800). Bottas is Hamilton’s teammate, while Verstappen runs for Red Bull Racing-Honda.

Bottas won the first Grand Prix of the season, while Hamilton won the other two races of this year so far. The Finnish is just 5 points behind in the standings, while Verstappen already trails 30 points behind Hamilton, after he didn’t finish the Austrian Grand Prix.

Hamilton, Bottas and Verstappen are the only drivers to reach the podium in the last two races, so they are off with a good start comparing to the other drivers. Lando Norris and Charles Leclerc are though the two outsiders who can really challenge the podium this season.