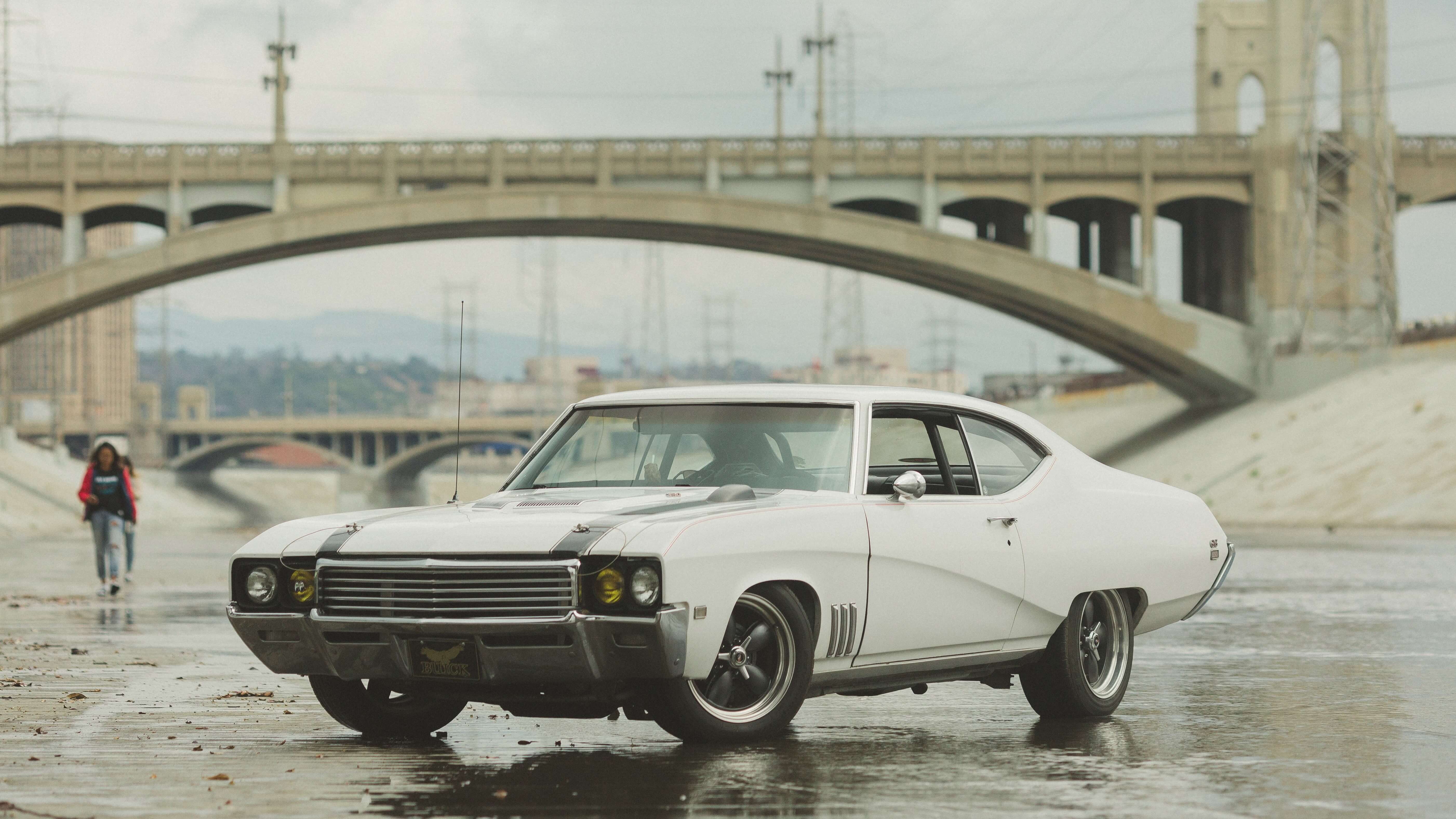 When the government announced the UK-wide lockdown on March 21 in response to the coronavirus pandemic, traffic levels on the country’s roads fell off a cliff. Both private and commercial vehicle usage plunged to 40 per cent of its pre-crisis peak and remained there throughout April and May.

The fall in traffic reversed decades of increasing numbers of vehicles on UK roads and gave remaining drivers a brief reprieve. Motorists were able to experience what motoring was like more than fifty years ago - the last time road traffic volumes fell so low.

At the outset of the pandemic, the government was keen to collect data on the number of passenger journeys made. Officials saw it as a proxy measure for their efforts to quarantine the country and prevent a damaging spike in coronavirus cases. The fewer people on the roads, they reasoned, the more quickly they would be able to control the spread of infection in the community. Reductions in journeys meant less commuting, going to the shops, collecting children from school and use of public amenities.

The government used the Department for Transport’s network of 275 automated traffic-counting sites to collect the data. Taken together, these observations allowed officials to track vehicle usage daily, watching out for changes over time to check overall lockdown compliance. At some points, traffic on UK roads was 80 percent lower than its historical norm, allowing drivers to travel unimpeded into the hearts of cities, even at rush hour.

Over the last fifty years, the nation’s driving habits have changed substantially. Motorists have had to respond to congested roads, and governments have increased safety laws, designed to accommodate the dangers all the additional vehicles on the road bring. In the 1970s, the vast majority of drivers smoked behind the wheel. And owning a car was all about freedom. People saw their vehicles as a means to escape the suburbs and get out into the country for day trips and holidays.

From the late 1990s, however, progressive governments attempted to curtail car ownership and encourage everyone to use public transport instead. The public, by and large, weren’t keen on the idea. And yet political ideologies drove massive investment in infrastructure that led to the point where hopping on the bus, tube or train made economic sense. The humble car, by contrast, was sidelined. In this new world, it was seen as an individualistic relic of the past - a naive homage to personal liberty. It had no place in a modern progressive era.

Now, though, circumstances have changed again, and the government is actively encouraging private motor vehicle use. Cars are, in a sense, giant face masks - and a heck of a lot more effective. Not only do they have windshields, but many models also include HEPA filters that could potentially sweep viruses out of the air, in the off chance that somebody is coughing outside.

Interestingly, we could be looking at a new golden age of the private motor car, similar to the 1970s. Back then, there was a general sense that cars were a good thing. Buying a vehicle wasn’t merely an economic calculation, but an aspiration - an embodiment of a bright new future. But during the intervening years, environmental concerns took the lustre off motor vehicles, turning them into a necessary evil - something people had to have to remain productive.

Thus, we may be on the precipice of a far more optimistic outlook, spurred primarily by the protection that cars provide against viral transmission. There’s a growing belief in business and political circles that people can’t remain confined to their homes forever. Eventually, the economy is going to have to return to normal - whether there’s a vaccine or not. And cars provide an old-fashioned. They act as PPE to prevent viral particles from exiting one person’s body and infecting others.

Even the government itself admits that taking public transport is one of the most dangerous things that people can do in the context of a pandemic. On a scale of one to nine - with nine being the most hazardous - taking the tube comes out as a nine. And yet people are doing it every day to get to work. Taking private motor vehicles, however, is virtually risk-free, and generally safer than alternatives, like cycling.

It would be naive, however, to assume that conditions on the road will ever mimic those of the 1970s. While volumes were lower, the culture is very different. Fifty years ago, you could pull up on practically any high street in the country, get out of your car, do some shopping, and return without fearing a penalty notice. During the lockdown, that was still very much a significant risk.

Currently, we are not in a golden age of parking. Prices in cities like London and Cambridge are high. And people who travel to city centres often find themselves walking long distances to get to where they want to go.

Travel restrictions are also taking their toll on freedom. With fewer people travelling, residential parking requirements are booming. It’s now much harder to find a space when visiting friends.

Commercial traffic declined during the lockdown. According to data from Verizon Connect Reveal suggest that the number of commercial vehicles on UK roads fell by more than 55 per cent from February to April 2020 - more than practically any other European country.

The auto market also suffered a significant slump during the lockdown. Fewer vans on the road meant that mechanics, dealerships and manufacturers all saw catastrophic performance in what are usually the busiest months of the year.

In a post entitled, “Where to Find New Guest Blogging Opportunities on Transit Custom Sport,” dealer Swiss Vans discusses how the industry has had to up its finance game. Business customers need flexible payment options that will help them buy vans during the current revenue squeeze. And dealers themselves are desperate for cash flow that will enable them to continue operating long-term.

Germany recorded among the smallest reductions in commercial vehicle traffic at just 11 per cent. It was also one of the quickest to bounce back to pre-crisis traffic levels, primarily because of how early it went into lockdown. The UK was far slower to recover, owing mainly to the delay in locking down and the nature of commercial traffic in the country.

Perhaps the most significant change in motoring habits since the 1970s, though, has been safety. As the culture has changed, so too have driving priorities. Today, keeping everyone safe is the highest ideal, followed by comfort. Speed is barely anywhere to be seen, and no longer an important consideration in advertising - or anywhere else for that matter.

It’s clear that improvements in safety are having a real effect on road traffic mortality. In the 1970s, more than 7,500 people died on the roads every year. By 2018, the number of deaths was a quarter of that figure, even though there are double the number of drivers on the road - a remarkable achievement.

Freedom isn’t free. In the 1970s, there were no CCTV cameras on the road, police speed checks or bumps. Drivers were pretty much able to do whatever they liked, driving how they saw fit. Today, freedom on the roads is at its lowest ebb in modern history, especially in London. Even so, proponents can use mortality data to show that the safety-first policies are working, even if they operate at the expense of fundamental personal liberty and privacy.

In the 1970s, it wasn’t uncommon to see parents sitting in their vehicles drinking pints of beer while their kids went to the local pub to pick up cola and packets of peanuts. Consuming alcohol was seen as perfectly normal, but now it is taboo. Drinking is no longer an acceptable part of the driving experience. And drivers who indulge in it now face severe penalties that wouldn’t have applied in the same way fifty years ago.

Given the nature of the coronavirus pandemic and active encouragement by the government, private motor vehicle usage is likely to rise quite sharply throughout the latter half of 2020. We will soon see levels return to those of the 2000s and 2010s. And then, they will probably climb higher as people actively avoid public transport.

The future might not, however, be as bleak as many imagine. Already, we see a significant shift in demand away from internal combustion engine vehicles towards more sustainable alternatives. Currently, it is the age of the hybrid. But soon, the technology will develop to the point where all-electric becomes the most compelling for the vast majority of consumers.

Congestion, though, will likely continue to deteriorate in countries like the UK where the population is set to expand throughout the remainder of the century. The number of private motor vehicles on the road looks set to increase, barring some revolutionary technology. And as a result, the coronavirus lockdown might have been a once-in-a-lifetime opportunity to experience a repeat of the freedom of the 1970s.